Could there be bias in a potential Covid-19 vaccine?

There are currently around 180 different Covid vaccines being developed. A number of them use adenoviruses or adeno-associated viruses as a prime for the vaccine.

Why is this significant and how does it create inequities for non-Western countries?

The efforts for Covid immunisation have become a global task however many MEDCs (more economically developed countries) such as the US, Britain, Canada and France have already placed preorders on vaccines to protect their citizens. Regardless of the socio-economic bias and having access to the vaccine, there is a greater inequality.

Regardless of the socio-economic bias and having access to the vaccine, there is a greater inequality

A dozen of the leading vaccine candidates have potential bias in its biological design, suggesting it will have greater efficacy when administered in wealthier countries, compared to developing countries. This is caused by the use of the adenovirus or adeno-associated viruses and the fact that certain populations have already been exposed to this virus. This raises the question on the efficacy of the vaccine.

A major concern surrounds the production of the vaccine. It uses an engineered version of a milder virus as a delivery system. These types of vaccines are known as a viral vector vaccine; in this case the adenovirus or similar associated viruses are being used. However, some people who may have already been exposed to the adenovirus may have a predisposed immunity to the vector, adenovirus.

Those previously exposed to the adenovirus would have previously fought off the virus and thus, their immune system would have pre-existing antibodies for it, which can end up affecting the new vaccine. The reason this poses such a strong bias, is because people in the developing world are more likely to have already been exposed to the vector host, making it impossible for the vaccine to be evenly effective across the globe.

There are two specific vaccines that are of major concern, Sputnik V which has been made available by the Russian government, and another from China’s CanSino Biologics which is in late stage clinical trials. Both of these vaccines are made using the adenovirus as a vector virus, specifically Ad5 which is a relatively harmless strain used for delivery of the vaccine.

There seem to be significant issues with the use of Ad5. There were several cases of controversy with the strain as it was unsuccessfully used to develop a HIV vaccine making scientists apprehensive with its use. Consequently, the scientists developing the Sputnik V vaccine have decided to use a different strain of adenovirus, Ad26, as the vaccines ‘prime’, followed by a booster injection administered 3 weeks later containing Ad5. Russian scientists have reported data suggesting some participants had pre-existing immunity to either Ad26 or Ad5 but claimed this did not show any implications in the functioning of the vaccine. An important point worth noting about this trial was that there were only 76 participants, and this small sample size may overlook data inconsistencies making the results unreliable.

The built-in bias of these vaccines at first seem to be a minor complication, however it will be exacerbated once administered globally since many populations within the developing world will be left immune to the vaccine. Therefore, many Covid-19 vaccines currently in late phase trials will render ineffective to billions of people, and most commonly those in non-Western countries.

There are fundamental moral and ethical issues with this since the health and wellbeing of those in richer countries are being prioritised. This is a deep-rooted issue since the efforts for a Covid-19 vaccine are global and all under the COVAX initiative which 172 economies have engaged in. However, countries with more stable economies and more funding for pharmaceuticals are able to overlook the bias within their vaccines.

Can this bias be fixed? If so, should it be resolved?

Although some of the leading vaccines being developed for the coronavirus pandemic use the adenovirus or associated viruses as a prime, this vaccine would still save billions of lives. Some would argue that any vaccine is better than no vaccine. Conversely, providing a vaccine for the western population may lead pharmaceutical companies to withdraw efforts to continue developing more inclusive Covid-19 vaccines. Since developing countries will not be providing large amounts of funding or pay-outs to these pharma giants.

So, is it fair to continue developing vaccines with built-in biases to favour those in the Western world? 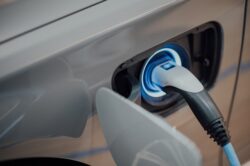 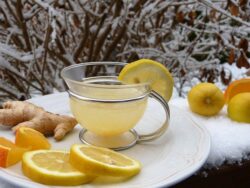 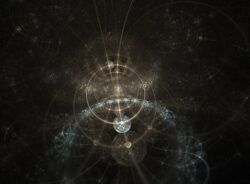