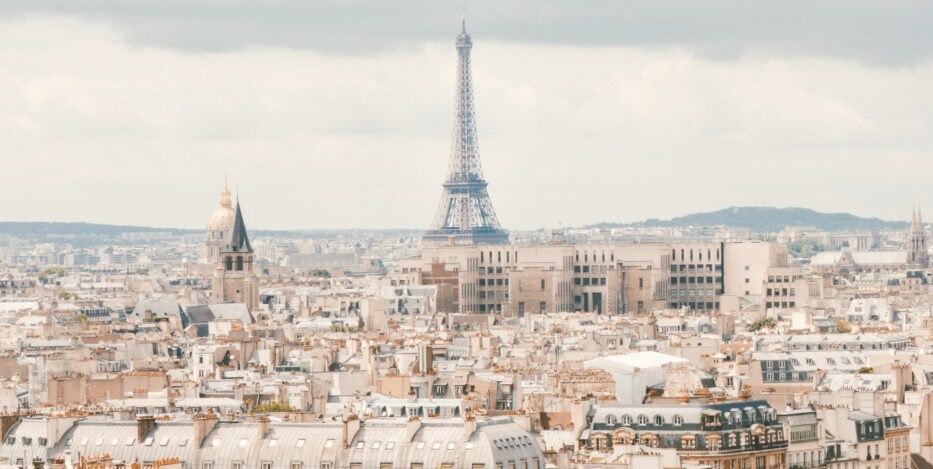 It’s hardly surprising that the ultimate comfort food combo – melted cheese with carbs – finds its place in the proud culinary traditions of France. After all, it’s delicious, easy, accessible, and did I mention there’s cheese? Le croque monsieur is a sandwich of thinly sliced white bread filled with ham and cheese (something that melts beautifully like gruyere or emmental traditionally) and a healthy dose of butter and béchamel sauce. It can also be made into a Croque Madame with the addition of a fried egg on top.

But it is not just a sandwich. It is an iconic dish that you can find served for lunch in a good French bistro, described richly in Proust’s In Search of Lost Time, or even – such is its omnipresence in French cuisine – something you can purchase to put in the microwave at home or bought as ‘Le Croque Mcdo’ from McDonald’s.

Even more charming are the speculative suggestions of le croque monsieur’s invention. The most popular tale is that it was an accident – some French workers left their lunch sandwiches too close to the radiator and the cheese was melted by the time they were eaten. Another origin story dates its invention to 1901, in Paris’ Boulevard des Capucines. The story follows the idea that after running out of baguettes for the ‘sandwich of the day’, the chef took a plain loaf, sliced it with cheese and ham, and baked it.

The name is thought to be derived partially from the crispiness of the bread (croquer is ‘to bite’ in French), and ‘monsieur’ came from a conversation with a customer seeking to know where the ham was sourced. Explaining that it is from the neighbouring butcher, the chef said ‘c’est la viande de monsieur’. So the croque monsieur was born.

Although the croque monsieur and madame are the most well-known forms of the sandwich, and likely the main ones you would find in a Parisian café, there have been some unusual adaptions. Unsurprisingly, there are a number of additional popularly-used French ingredients added, such as tomato for the Croque Provençal. But equally, there are adaptions with ‘foreign’ ingredients, such as smoked salmon in the Croque Norvegien, salsa in the Croque Senor, and, somewhat upsettingly to any pizza purists around, the Croque Hawaiian with a slice of pineapple on top of the ham.

It is widely thought to be the product of returned Portuguese emigrants from France, who wanted to adapt the croque monsieur to fit the Portuguese palate more (after all, who doesn’t love a dish based off grilled cheese, meat and bread?). The classic Francesinha quickly become popular in the city of Porto, and generally consists of toasted bread layered with- I kid you not- pork, smoked sausage, bacon, beefsteak, topped with fried egg and cheese. It is then served on a bed of fries with a sauce made of tomato, beer, and spices. I was proud to manage a third of a portion on my travels to Porto.

Of course, the croque monsieur is not the only melted cheese and bread combination of cuisine in the world, and perhaps compared to other aspects of the cuisine is not shockingly revolutionary or unique. After all, we Brits enjoy a rarebit and the USA have the monte cristo sandwich too. Yet, as any ramen noodle consumer or beans on toast lover can attest: sometimes, it is the most simple dishes that are the most culturally impactful.