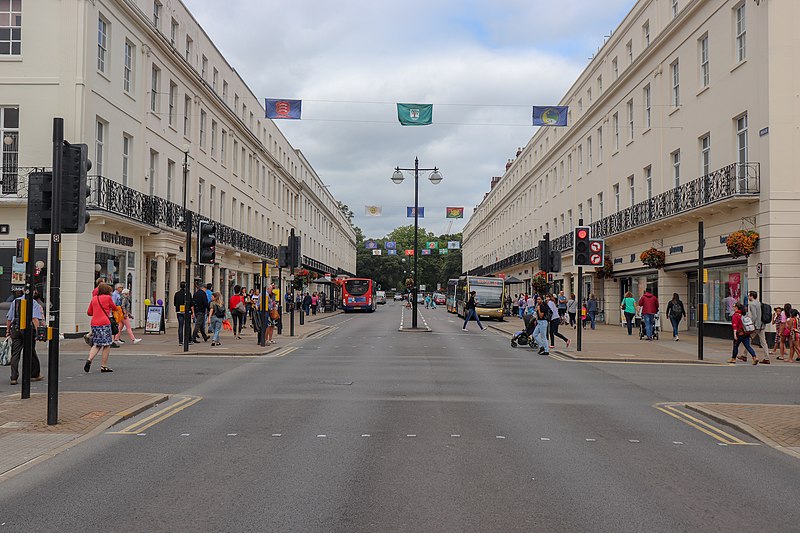 When you first arrive at Warwick, second-and-third years will instantly tell you about how living in Leamington Spa is so much better than living on campus. For Warwick students, Leamington is known for its gorgeous town centre featuring a wide range of pubs and cafes, decent student housing, and, of course, Viallis.

However, hidden away from the students and scattered throughout the town in unsuspecting buildings, Leamington is home to a booming group of video game developers, making up what is known as the ‘Silicon Spa’.

Leamington’s hub for video game development first started in the 1980s, known as the Golden Age of Gaming. As consoles such as the NES and SEGA Genesis rejuvenated the industry, game development moved out of teenagers’ bedrooms and into fully-funded studios eager to innovate.

Of these studios, Southam-based Codemasters was one of the first to make the move to the West Midlands. Founded in 1986 by Richard and David Darling, two teenagers who had previously made a name for themselves creating games for Mastertronic, Codemasters moved their operations to Southam, a small town some ten minutes from Leamington, setting up in the Darling brothers’ stable.

As Codemasters grew, it attracted further talent from outside the West Midlands

Alongside Codemasters, Rare Limited, known for its work on Goldeneye, Banjo-Kazooie, Battletoads, and the Donkey Kong Country series, set up its studio just some 30 miles from Leamington Spa. This gave developers considering a move to the area further confidence that, even if their studio closed down in what was a volatile industry, they could likely find work elsewhere within the Midlands.

As the studio grew, it attracted further talent from outside the West Midlands, including another set of brothers, Philip and Andrew Oliver, known in the industry as the Oliver Twins.

Speaking to The Boar, Philip Oliver praised Leamington Spa for its role during Codemasters initial development period. “Richard & David Darling bought flats in central Leamington and several of their early employees took rooms in their flats,” stated Philip. “We often socialised with them after work and found the town a great size, with enough amenities without being overwhelming or threatening.”

After creating a number of successful games for Codemasters, including the Dizzy series, the twins left after the company became embroiled in legal battles over NES cartridges, opting to set up their own studio – Interactive Studios – just down the road in Leamington. The studio, which eventually rebranded as Blitz Games, saw huge success developing games for the likes of Disney and DreamWorks.

From there, Leamington gradually became a hub for game development, seeing success at a level previously only attained by the likes of London and Manchester. Both the Oliver Twins and Darling brothers continued to work in the area. After selling his shares in Codemasters, David Darling went on to found Kwalee, a 90-person-strong studio focusing on mobile games that continues to thrive. Games such as Chicken Run, Karaoke Revolution, and Frogger 2: Swampy’s Revenge, helped Blitz Games grow in size to over 200 employees before its eventual closure in 2013.

However, Blitz’s closure spawned numerous start-ups and indie studios opening in Leamington, including the Oliver twins’ Radiant Worlds, which was eventually bought out by Rebellion. The Oliver Twins left Rebellion in 2019 and now run their own games consultancy business, Game Dragons.

Fast forward to 2020, and Leamington’s development community shows no signs of slowing, with Blitz Games’ former staff continuing to work in the area. Both Ubisoft and SEGA – two of the largest publishers in the world –  opened studios in the town. SEGA Hardlight has developed a successful line of Sonic the Hedgehog mobile games, and Ubisoft’s Leamington studio continues to work on the likes of Tom Clancy’s The Division 2.

Codemasters continues to thrive out of its Southam offices, having developed titles such as Operation Flashpoint and the Brian Lara International Cricket series – a game now highly revered by cricket fans. However, somewhat mirroring their early days, in which the Oliver twins’ BMX Simulator and Grand Prix Simulator propelled Codemasters to the top, the studios main success comes from their work in the racing genre. Alongside the Dirt and Grid racing series, Codemasters has produced annual F1 racing games after acquiring the licensing rights in 2008.

The Leamington-based Playground Games, now a part of Xbox Games Studios, also found success in the racing genre, developing four games for the critically acclaimed Forza Horizon series. The studio has since expanded and now holds the reins to the beloved Fable franchise, first announced during the recent Xbox Games Showcase.

Leamington’s game development hub has shown no signs of slowing down, with multiple high-profile studios committing to opening additional offices in the town. The most prominent of these is Mediatonic, recently launched to new heights after the launch of immensely popular Fall Guys: Ultimate Knockout.

“Mediatonic has a presence in many of the largest gaming hubs in the UK, including London, Brighton and Guildford, so we’re delighted to have the chance to make positive connections in what is arguably the UK’s capital of video game development, Leamington Spa,” said Phil Warner, Mediatonic’s head of art. “Cultural growth is all about sharing – and I can’t wait to see how the Leamington Spa community and Mediatonic will bring out the best in each other.”

So why, of all places, has Leamington prospered?

As the games industry grows, higher learning institutes are now starting to take notice of its potential

Shaun Wall, a UX developer based in Leamington, spoke to The Boar about why Leamington attracts so many developers to the area. “ Employment in the Leamington games industry is pretty stable once you’re “in”, as so many companies looking to hire are keen to take on local talent,” he explained. “With Leamington being an interesting combination of lots of companies, but a pretty “small” industry, everyone tends to know everyone as well, making moving between companies much easier than it would be in, say, London.”

Sitting just thirty minutes outside of Birmingham on the train, Leamington Spa benefits from the abundance of transport links created by its position in the Midlands. As many studios have offices in both Leamington Spa and London/Guilford, the direct trainline from Leamington to London makes the town a great hub for those looking to escape or avoid the capital, offering cheaper living and rent prices by comparison.

Leamington also benefits from being close to both Coventry University and The University of Warwick. As the games industry grows, higher learning institutes are now starting to take notice of its potential, offering courses tailored towards video games. With Coventry offering both a Games Art and a Games Technology course, alongside Warwick’s Media and Creative Industries degree, it’s no surprise that many Coventry and Warwick alumni end up working for developers within the region, taking on internships at the likes of Kwalee through Warwick’s Summer Internship programme, for example.

“I’d say the best way for students to get involved (at least right now!) is to join an online community,” stated Daniel, highlighting the Discord servers for Checkpoint Leamington, Warwick Game Design, and LevelUp UK as some of the most welcoming ways to get a foot in the door of Leamington’s games industry.

The Creative Quarter is a major, albeit controversial, redevelopment planned by the Council

Warwick’s District Council has fully realised the benefits and potential Leamington’s gaming cluster brings to the region. Following the closure of Blitz Games in 2013, Warwick District Council offered support to those affected, working alongside developers to open and maintain Creative Arches, a non-profit workspace in the South Town area.

Shaun Wall also spoke of the council’s role in supporting the gaming hub, stating, “Warwick Council organise and run the annual games industry event Interactive Futures, which has been a great way to get local and surrounding people both aware that the games industry exists (it is surprising just how unknown Leamington as a games hub is outside of the industry).”

“I’m hopeful that the Creative Quarter plans will help support and boost the indie development scene by providing hot desks, facilities and services for budding game developers. As an organiser of a local social and networking event, I’m also hoping for more event spaces to encourage more folks to start their own social and learning events, once COVID-19 has passed.”

The Creative Quarter is a major, albeit controversial, redevelopment planned by the Council to turn Leamington’s Old Town into a prosperous outlet for the area’s creative industry. With Warwick District Council approving the proposals in late 2019, focusing on the now derelict United Reformed Church and its surrounding area in Spencer Yard, Leamington’s gaming hub looks set to continue thriving.