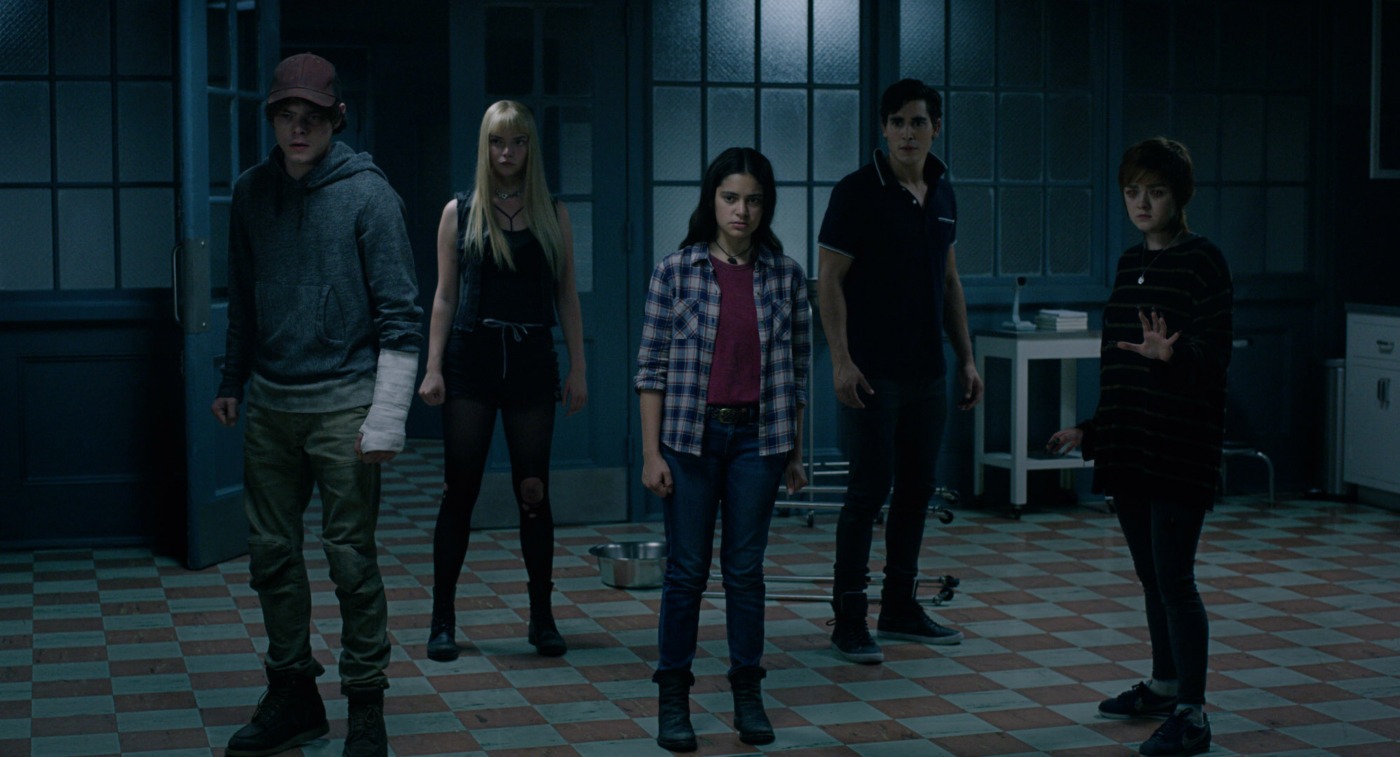 Something else would have seemed truly unthinkable to me at the time: that I would actually like it, that its empathetic outlook on its characters would feel surprisingly refreshing in a landscape of superhero blockbusters where scale is always prioritised over intimacy.

We were meant to see this two years ago. Seemingly cursed by scheduling conflicts, planned reshoots, business acquisitions and global crises, the film’s release was pushed back from 13 April 2018 to 28 August 2020 (although, even this date was accompanied by a ‘Fingers Crossed’ note in the teaser trailer.) Despite all this, director Josh Boone maintains that the film we can see today is the one we were always meant to see, aside from the removal of a post-credits tease. The vision was kept intact. Not that the vision is particularly exciting.

The story opens on Danielle Moonstar (Blu Hunt), who escapes as the only survivor from the destruction of her reservation by a mysterious entity and wakes up in a hospital. It is no ordinary hospital, however. She’s swiftly informed by a doctor, Dr Reyes (Alice Braga), that she’s a mutant, a danger to herself and others and that she should not leave until her abilities are understood, controlled and reported to the hospital’s superiors.

It is not a particularly unique concept but it is one that I was incredibly excited for (Boone cites A Nightmare on Elm Street 3: Dream Warriors as a key influence, a film I love that bears many similarities to this) and one that allows the film an intimacy often denied by the superhero genre.

The film is almost wholly focused on just six characters, who are quickly introduced in a Breakfast Club-style scene, as bullies, loners and friends welcome Danielle to the hospital. We have Ilyana (Anya Taylor-Joy – a strong performance with a questionable accent) and Roberto (Henry Zaga) who both instantly adopt an aggressive stance towards Danielle. There’s Sam (Stranger Things’ Charlie Heaton), who is intent on following the program and leaving the hospital. Finally, we have Rahne (Game of Thrones’ Maisie Williams), a Scottish mutant who rapidly develops a strong attraction to Danielle. It is a claustrophobic setup and one that plays nicely into the horror aesthetic of the film.

The horror elements rarely move beyond the aesthetic. The New Mutants uses its pivot into the horror genre mostly as a marketing tool

However, the horror elements rarely move beyond the aesthetic. The New Mutants uses its pivot into the horror genre mostly as a marketing tool. Scares in the film typically resort to ‘creepy’ imagery and a generally discomforting atmosphere, rather than actively attempting to scare the audience. It seems toned down from the jumpscare-heavy trailers, which isn’t necessarily a bad thing but it does leave the spooky atmosphere feeling a little under-utilized.

The horror elements manifest themselves in nightmarish visions of the mutants’ past traumas (Sam is reminded of his dangerous time working in the mines, whereas Ilyana is haunted by manifestations of her slavers, referred to as Smile-Men.)

These visions work to push forward the coming-of-age angle of the narrative, focusing on the characters’ attempts to overcome and defeat these traumas. These segments often rest on the very strong performances but the direction is also praiseworthy here, aided by surprisingly strong cinematography, frequently utilizing intimate close-ups and taking surreal, expressionist angles to empathetically highlight the fears of the teens.

This relatively strong character work is slightly hindered by the film’s short runtime, which is somewhat of a blessing as well as a curse, ensuring that it never drags but, equally, that some character dynamics don’t get the breathing time needed to flourish. Unfortunately, the whole piece descends into a third act of flashing colours and shoddy CGI, occasionally broken-up by inspirational dialogue that is meant to evoke emotion out of the chaos but utterly fails instead. It’s a distinct reminder that The New Mutants is hardly revolutionary, which almost serves as an indictment of the lack of intimacy in recent films in the genre.

It’s hard to remain entirely cynical and mocking about a picture as pure-hearted as this, though. For every clunky allegory or line that results in an eye-roll, there is an equally tender and caring scene to counter it. I also greatly admire this film for the handling of its queer characters. It’s so incredibly rare to see a film that features a queer character in a leading role, not simply for queerbaiting, but in a lesbian relationship that is just as validated as the on-screen straight relationship. It doesn’t feel as if you’ll see that once this franchise merges with the MCU, with their previous track record on the issue.

This film had a planned trilogy attached to it, each exploring a different avenue of horror (the next would have been an alien invasion film, the third an apocalyptic horror.) It’s a genuine shame to see these visions destroyed and the remnants fused into the comparatively bland world of the MCU. The X-Men films were not always good but at least they had character, which the MCU currently lacks.