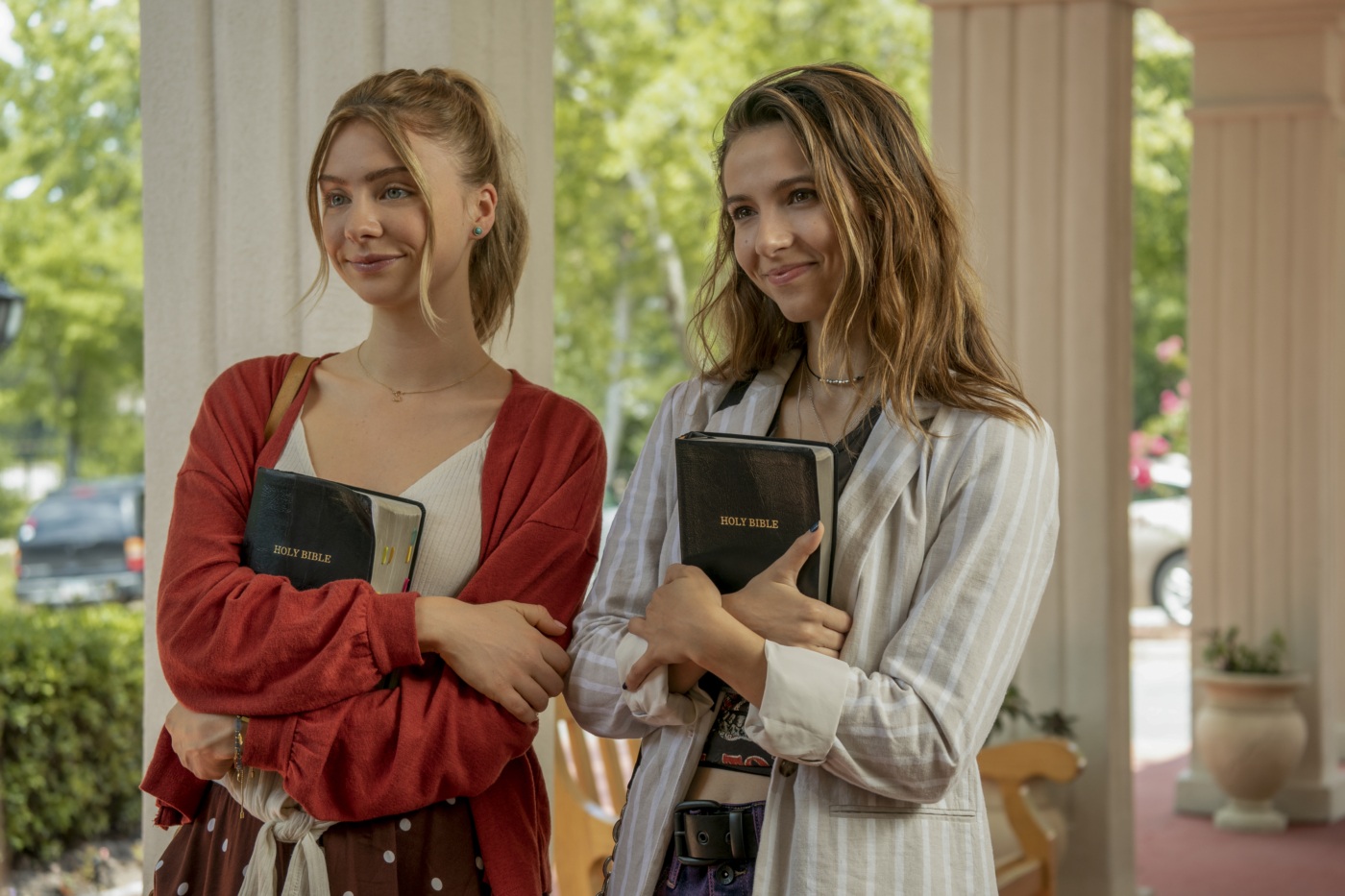 If I am completely honest, the only reason that I decided to review this show was because I thought that the ridiculous plot and low budget action scenes would make it unintentionally funny. I owe Kathleen Jordan, the creator of this masterpiece of television, an apology. Plot points don’t always make sense, and they could have done with a few more car chases in a show about bounty hunters, but despite all of this, the show works. I didn’t have the time to sneer pretentiously, because I was too busy laughing at the one-liners and enjoying the chemistry between the two leads. In fact, this might be one of the funniest shows that Netflix has ever made.

The show follows Blair (Anjelica Bette Fellini) and Sterling (Maddie Phillips) Wesley, twin sisters living a privileged life in Georgia. They crash headlong into the world of bounty hunting after a literal collision with a bail jumper’s car introduces them to Bowser (Kadeem Hardison), a grizzled bounty hunter with a side job at a frozen yogurt shop. After the twins manage to take down the “skip” with Sterling’s sharp shooting and Blair’s athleticism, he offers them a cut of the money. Desperate for enough cash to fix the damage to their father’s expensive truck, the girls accept, with the helpful cover of jobs in a yogurt shop. Bowser’s exasperation with their teenage antics is always amusing, but as the series continues his affection for them is equally clear.

I didn’t have the time to sneer pretentiously, because I was too busy laughing at the one-liners and enjoying the chemistry between the two leads

Each episode involves the pursuit of at least one criminal, but the real drama comes from the gossip and rivalries within their exclusive and deeply Christian private school. Sterling initially causes an uproar when it is revealed that scandalously, she lost her virginity… to her boyfriend of six years. Compared to most shows aimed at teenagers, it has the debauchery of Peppa Pig, but that’s part of what makes it appealing. Nothing is more cringeworthy than when twenty-something actors perform how thirty-something writers think modern teenagers act. While none of the main cast look like actual high school students, they certainly talk like them, and the majority of the problems they face are authentically teenage (bounty hunting aside).

Another interesting part of the show is the exploration of religion, because although there’s a healthy dose of satire in relation to topics such as the lack of sex education in schools, the jokes are never aimed at faith itself. Both of the main leads and most side characters are committed Christians, and although they sometimes struggle with balancing their religious ideals and their hormones, it is clear that their faith never seriously wavers. It’s rare to see a show in which a devout character isn’t simply portrayed as ignorant, and the depiction of reconciling sexuality with belief is surprisingly sensitive.

Compared to most shows aimed at teenagers, it has the debauchery of Peppa Pig, but that’s part of what makes it appealing

The show also attempts to provide commentary on other issues, such as racism and class divide, and while it does sometimes make good points, it’s not quite there. The show simultaneously feels like it’s trying too hard, and that it could have done more. In one episode there is tension when Blair’s black boyfriend Miles is hired to be the valet at an event her mother has organised. Blair is embarrassed by her parents’ wealth, and worries that Miles will see her differently. However, instead of properly exploring this, the show decides to take the opportunity for a cheap reveal – it was never really a problem, because Miles is rich too.

Overall, when I sat down to watch this show, I thought it would be like watching a car crash, fascinating in it’s failure. Instead the show is more like a monster truck rally: aggressively southern, violent in a farcical way, and undeniably entertaining. Teenage Bounty Hunters knows what it is and what it wants to achieve, and that’s a funny show that nevertheless has a lot of heart. There’s a place for innovative television that pushes boundaries, but if there isn’t also a place for Mean-Girls-but-with-guns then I will cancel my Netflix subscription tomorrow.