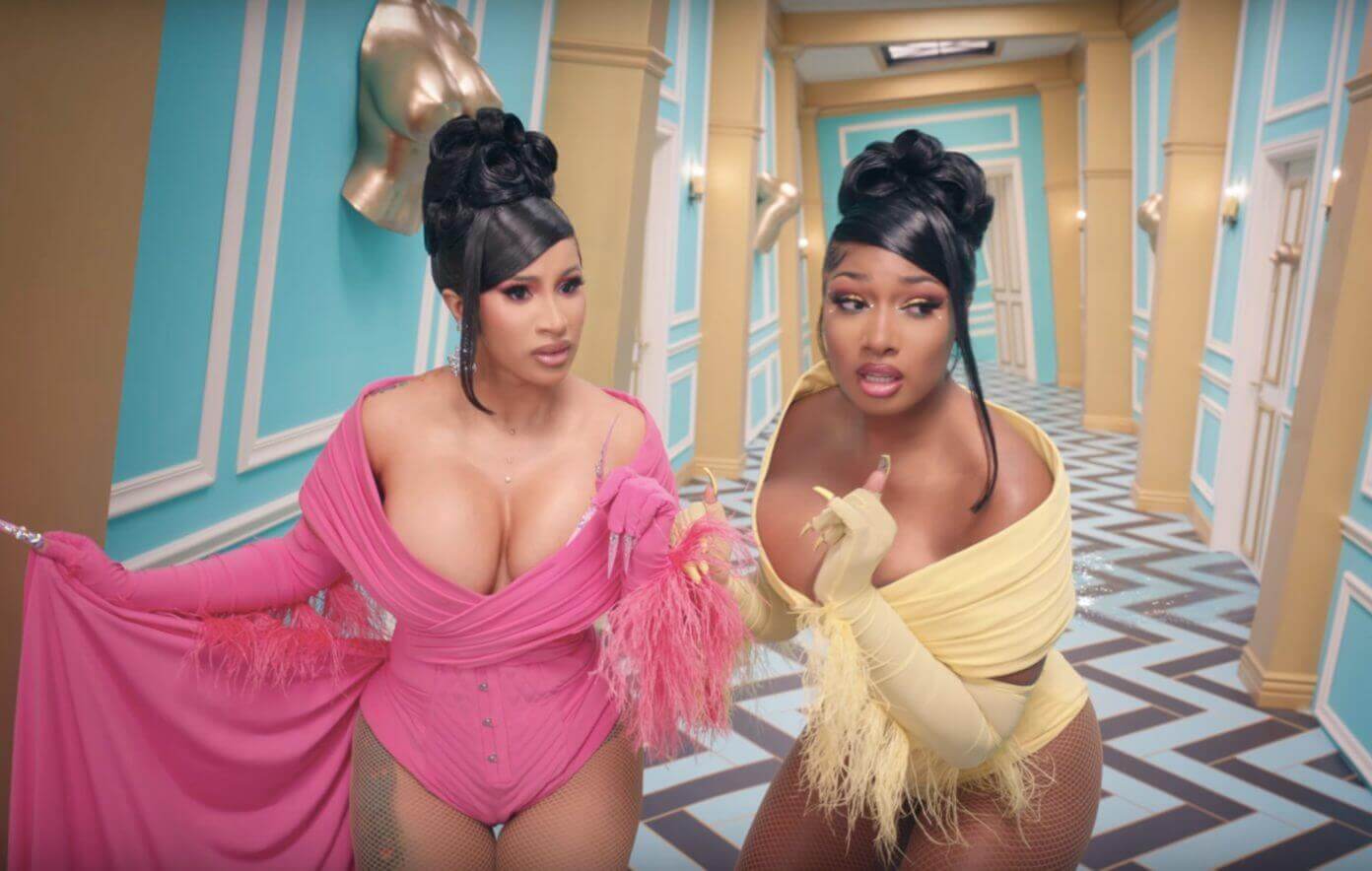 Cardi B and Megan Thee Stallion have single-handedly created one of the most divisive songs of 2020. Our feeds have been awash with both pro and anti-WAP opinions, warping itself into a point of left vs right contention and raising highly important topics that have undoubtedly been left in the dark for far too long. In terms of cultural and political impact, its effect can be seen far and wide.

One particular opinion was made by Republican candidate James P .Bradley, who said he wanted to “pour holy water in his ears” after hearing the song. However the other side is equally as misconstrued, with a Guardian writer stating that “conservatives are fine with female sexuality- as long as men control it”. This issue of female sexuality and how it fits on the political compass is not as black and white as a simple right vs left argument would have you believe. It’s a deeply feminist issue, one that is highly reflective of the western culture that permeates this content and forms our opinions of it.

Female sexuality is still uncommon in mainstream media but ‘WAP’ is not encouraging an open-minded and inclusive discussion on this – far from it, in fact. The video and the song still play into norms set by men as to what is desirable of women. The Guardian writer, Arwa Mahdawi, claims that men weren’t in control of this media, but this is far from the truth. Both the lyrics and the aesthetics give off the simple message that this behaviour and type of body form is highly desirable to men. Why else would they have Kylie Jenner not utter a single word and parade herself in front of the camera? What other reason could it be other than her sex appeal?

Many champion that male rappers use the same language and aesthetics. But do we really want to lower female talent to this ever-so-low bar? Why does the fact that men have degraded females in the past mean that it is now a desirable goal? This is shown by the constant comparison of women to animals and objects in the video and lyrics. The truth is being sexually free within guidelines and structures chosen by men is not freedom at all.

This all plays into a concept called the patriarchal bargain, coined by Deniz Kandiyoti which, in short, is a representation of how women cope with the constraints put on them by differing patriarchal systems through accepting gender roles in order to benefit. Building on this, the sociologist Lisa Wade states that the patriarchal bargain is used individually to manipulate the system to be advantageous, but leaves the system itself intact.

It is this bargain that both Cardi B and Megan Thee Stallion have entered with the beneficiaries being entirely their own. The benefits of their bargain have been ‘breaking the internet’ and the money that accompanies it, because whether we like it or not, sex sells. By commodifying themselves, they spread a message that I find damning in the face of female sexual freedom: you can only be sexually free if you look and act like us.

Before you place this opinion on the simple division of for and against, let me make myself clear: two women making this impact on pop culture, its subsequent raising of important issues in mainstream media and their undeniable talent is commendable. However, to believe that this is a pro-feminist, forwarding thinking expression of female sexuality is highly misleading. It is a sales technique that still upholds many previously engrained societal norms about women. Do not be misled by the three undeniably beautiful women rapping about sex – just how men would like it.

What ‘WAP’ really says about female sexuality in Western culture