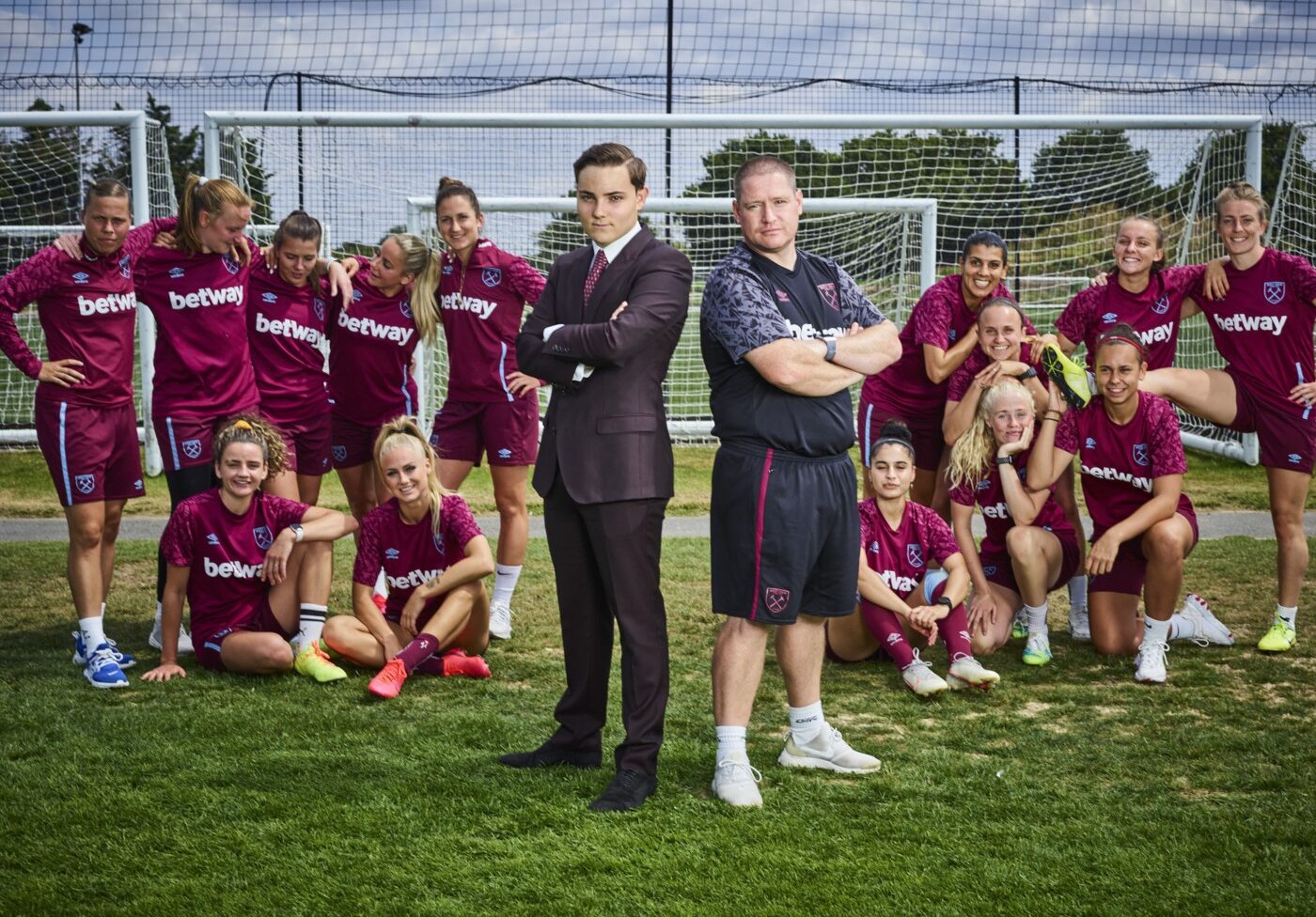 ‘Squad Goals’: the story of West Ham Women’s football team returns to our screens for a second run

Two years ago, the BBC released a documentary following top-flight football club West Ham United Women F.C. and their 18-year-old Managing Director Jack Sullivan, entitled Britain’s Youngest Football Boss. Following the success of the first series, BBC Three commissioned another series, but this time round the documentary focuses more on the lives of the players on and off the pitch and is rebranded with the new name: Squad Goals. We had a chance to take part in a Q&A with the show’s executive producer Dov Freedman, West Ham Women’s Managing Director Jack Sullivan, and the Hammers’ players Gilly Flaherty and Grace Fisk about the upcoming series and the core workings of the show.

First, we wanted to ask executive producer Dov Freedman why, out of all the Women’s Super League teams he could have chosen to document, did he and his BAFTA award-winning company Curious Films select West Ham Women’s team: what was so special about the football club? “We’re in a kind of golden age of sports docs at the moment”, says Freedman. “The ones at the better end of the spectrum are the ones that are more honest, more truthful, and let the cameras in to see everything”. Upon meeting the people behind the East London team, Freedman felt a sense of positivity, community and realness within the club: “When we met Jack and some of the players, there was an openness and honesty there”.

This then led us to consider the motive behind shifting the screen-time over to the lives of the players. Seeing that the first series was such a success, why was the choice made to rename the show and alter this focus. “The feedback we were getting from the audience was that they felt connected to the players and wanted to know more about their lives away from football”, Freedman explained, so it appeared an obvious choice to both Curious Films and West Ham United Women to continue documenting the journey of the football team.

Over the last few months, there have been a wealth of sports documentaries that have been released – shows covering the progress of Leeds United, Chicago Bulls and Tottenham, just to name three. We wanted to know why sports fans should pick Squad Goals to watch, and what makes the show stand out. When we asked this question, all members of the Q&A gave a similar and persuasive answer – it shows the true ups and downs of the team’s progress but provides a more real and human side. In the show, we get to see players’ reactions to their performance on the pitch and hear their anecdotes about how the football can impact their personal lives off the pitch.

As the Q&A progressed, it was inevitable that the effects of the coronavirus pandemic on the production and the football club would enter the discussion. Hammers defender Grace Fisk commented: “It wasn’t just football that was affected, it was the whole world”. “From our perspective there’s bigger things than football at this moment in time with safety and wellbeing”. Still, West Ham women adapted their training routines and kept in contact to remain strong as a unit throughout lockdown. Despite facing uncertainty in a role with a huge demand for responsibility, Jack Sullivan also reflected on the bright side of the difficult time: “It gave us some time, which never happens in football, to sit down and assess everything – things going well, things not going so well, and better ways of doing stuff”.

Our discussion then moved on to another wide-scale social issue that is extremely prevalent and has been forefronted rightly so in public discourse in the last decade: mental health awareness. In February, West Ham United Women’s captain and veteran defender Gilly Flaherty opened up about her mental health and challenges she has faced in her personal life at points in her career. Flaherty’s story was brave, inspirational and such an important message to get across to her fellow sportspeople and her fans. She has had a wealth of footballing experience beginning with youth careers at Millwall and Arsenal, to then joining the senior Arsenal squad and later joining Chelsea before her current club in East London: so why was now, with West Ham United, the time for her to reveal her true story. “Speaks of the club itself”, Flaherty explained, “I never felt comfortable enough to share my story at previous clubs”.

We got told to ‘get back in the kitchen’ and things like that. Now, we get a lot of people telling us that they prefer to watch women’s because we’re not rolling around on the floor like the men’s!

We also asked Flaherty how perceptions of the women’s game have changed since she started her football career at the age of 15. Despite being professional now, she was once semi-pro and juggling four other jobs alongside her football. She expressed that the women’s team are becoming more recognised and many can see how passionate they are about the game because a lot of the team were willing to play semi-pro in the early years, regardless of the salary. When she first started playing, she said: “We got told to ‘get back in the kitchen’ and things like that. Now, we get a lot of people telling us that they prefer to watch women’s because we’re not rolling around on the floor like the men’s!”.

Whether you’re a West Ham supporter or not, whether you’re a fan of football or not, you’ll end up rooting for the women’s football team by the end of the series, as you’ll feel like you know the players personally and have experienced their journey with them.