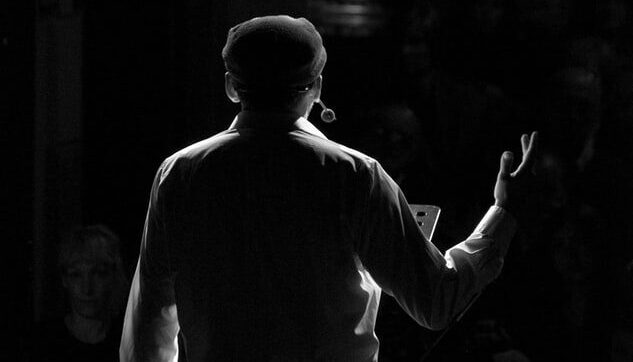 I cannot come up with 525,600 reasons as to why I love this musical. Hamilton has been in the limelight for quite some time, and rightfully so, but many new theatre fans may be unaware of the masterpiece that is Rent. Rent crawled so Hamilton could walk. Lin-Manuel Miranda was inspired by Rent and the unconventional use of contemporary music in musicals. Unfortunately, Rent is not as popular as Hamilton today. Rent tackles social taboos and tells the stories of artists with HIV/AIDS who struggle to pay their rent in New York City. The musical premiered on Broadway in 1996 and has been performed around the world. In addition to this, Rent was posthumously nominated for 10 Tony Awards, received four Tony Awards in 1996 (Best Musical, Best Book of a Musical, Best Performance by a Featured Actor in a Musical, and Best Original Score), and won the 1996 Pulitzer Prize for Drama.

The global impact of Rent is severely underrated, having been performed in 25 different languages from Greek to Korean. Let me be truthful; I found out about Rent during lockdown as I was going on a musical binge and identified how similar it was to Hamilton, telling stories that get ignored in different genres. I first watched Rent: Live, the 2019 television special, featuring artists such as Vanessa Hudgens, Mario, and Jordan Fisher. That was an interesting portrayal of the musical and the set design was just immaculate – I felt like I was in New York City in the mid 90s. Following this, I watched the 2005 film adaptation, which featured all but two of the original cast, and this was far better. Drawing parallels between Hamilton and Rent, Hamilton tells the story of forgotten Founding Father Alexander Hamilton through hip hop and rap, thereby appealing to more diverse audiences. Similarly, Rent utilises rock music to tell the characters’ stories, and as someone who doesn’t listen to that genre, I was still drawn into the musical.

They amplify the stories of those who are less represented in theatre.

Both shows have ethnically diverse cast members – Hamilton with Anthony Ramos, Lin-Manuel Miranda, and Renée Elise Goldsberry and Rent with Taye Diggs, Jesse L Martin, and Daphne Rubin-Vega. My philosophy is always about telling the stories of those who go ignored, and both musicals execute this perfectly. They amplify the stories of those who are less represented in theatre – the ethnic minorities, the poor and the immigrants. This is incredibly important given how middle class theatre can be.

In particular, Rent debuted in light of the AIDS epidemic in the late 80s, offering an insight into how HIV/AIDS affects communities and importantly, telling their stories through the theatre. This is why I proudly proclaim that Rent crawled so Hamilton could walk. Rent bridged the gap between traditional ‘theatre’ music and instead pioneered new forms of music into the musical theatre space, allowing younger generations to both see themselves in these spaces and be heard. Rent could be deemed to be a rock opera as there is not much dialogue between the characters, but just constant singing. This was the intention of Jonathan Larson, the creator of Rent – he wanted to combine Broadway tradition with contemporary music. However, he didn’t live to see the success of Rent – Larson died aged 35 due to an aortic aneurysm on the day Rent was supposed to premiere on Broadway.

We should reach out to each other and bond as a community, rather than hide from the terrors of life at the end of the millennium.

But he left behind this production which pioneered these necessary discussions in theatre, discussing these taboos in the most nuanced ways. As noted by PBS: “Rent achieved Larson’s ambition of updating musical theatre and making it socially and personally relevant to a younger audience.”

“In these dangerous times, where it seems that the world is ripping apart at the seams, we all can learn how to survive from those who stare death squarely in the face every day and [we] should reach out to each other and bond as a community, rather than hide from the terrors of life at the end of the millennium” – Jonathan Larson.

I believe that Larson’s quote above perfectly articulates the world today in light of the coronavirus. We need to reach out and bond as a community instead of hide from the realities of life and death. 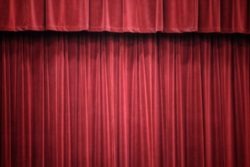 All the world’s a stage but it is not a stage for all: exclusivity in the arts