‘Operation Moonshot’ only masks the woeful inadequacies of the testing system

On 9 September, just a few days after schools re-opened, Boris Johnson unveiled government plans to escalate nationwide coronavirus testing to ten million a day. ‘Operation Moonshot’ purports to be able to test for the virus using saliva swabs which would provide results in just 20 minutes. There are a few slight oversights though. The new technology required for such an ambitious task does not yet exist. Leading scientists have expressed huge concerns of the feasibility of this new testing plan which seems to have been plucked out of thin air. ‘We have absolutely no idea how testing ten million people per day in the UK could be implemented. Nothing on that scale has ever been attempted’, warned Liam Smeeth, Professor of Clinical Epidemiology at London School of Hygiene and Tropical Medicine.

So why is the government focussing so much attention on a testing programme which clearly has such huge flaws? The answer is clear. It is pure rhetoric masterfully designed to cover up the current testing system which is so miserably failing.

To say that the ‘world beating’ test, track and trace operation is not fit for purpose would be an understatement. It is failing so badly that it is difficult to understand how it took six months to prepare.

My brother started displaying Covid symptoms one week after returning to school. It took four hours of refreshing the government website on two laptops to finally book a test at a centre which was an hour and a half away from our house in South London. As infuriating as this was, we were actually very lucky. Each day, more reports are flooding in of people who are experiencing waits of several days or even weeks to book a test from the onset of symptoms. A few days ago, more than 100 people turned up at A&E in Bolton in a desperate bid to get a test. The distance people are travelling for a test has been on a similar upwards trajectory. Despite Matt Hancock’s bold claim that the ‘average distance travelled to a test site is now just 5.8 miles’, estimates show that 20,000 are having to travel over 22 miles for a test. This is just unacceptable.

It is not for lack of test centre capacity though. When my dad took my brother to the test centre in Gatwick he was in a queue of two. There is clearly a discrepancy between capacity and lab processing, the repercussions of which are enormous. Children are missing school after months of no learning. NHS workers and care home staff are having to stay home and self-isolate, not knowing if they are infected or not. They are unable to provide vital help to the most vulnerable whilst in isolation. It is these people the government completely abandoned in the initial stages of the pandemic.

As millions of students prepare to go back to university, we can expect similar outbreaks if this problem is not solved, and fast

Inevitably, if it remains so difficult to secure a test, people will stop trying. My brother tested positive. Had we not tested him and sent him to school after two days when he was feeling better, the impact could have been disastrous. There could have been an unstoppable outbreak. The whole school population may have been forced to isolate instead of just a handful of students. This has already been the case in at least 30 other schools across the country. In a letter to the prime minister, the Association of School and College Leaders implored him to ‘personally take charge of this situation in the interests of keeping our schools and colleges open, and protecting pupils and staff’. As millions of students prepare to go back to university, we can expect similar outbreaks if this problem is not solved, and fast.

Our leaders need to take their heads out of the clouds and stop living in a fantasy world where Operation Moonshot will be the fantastic solution to all Covid testing problems. They need to take a really close look at the testing system in its current form if they want to stand a chance of looking after the citizens who entrusted them with such a role. I say enough of this fanciful rhetoric. 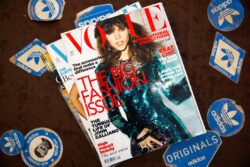 Why we should celebrate the Harry Styles Vogue cover