The phrase “Once upon a time”, which is conventionally placed at the beginning of children’s fairy tales, typically connotes the beginning of a hero’s journey – followed by their overcoming of a problem and their success in saving the day and returning their land back to normality. Western propaganda may parallel this with the US-led coalition’s invasion of Iraq, positioning them as the saviour of a struggling country under a dictatorship. Once Upon a Time in Iraq, however, unpieces the conflict and sheds light on the truth, through a combination of interviews with those who experienced the horrors first-hand, and chilling archive footage.

A cigarette, a swig of tequila, a tearful release or a silent reflection are a few examples of how each interview begins, as civilians and soldiers alike deal with unlocking the masses of traumatic memories they’ve long kept locked away. And it’s important to mention that these moments aren’t cut-out – director James Bluemel, winner of the British Academy Television Craft Award in 2017, exposes the PTSD which still plagues the people involved in the conflict (those who chose to be involved and those who didn’t) to this day. The indelible scars etched into the minds of victims was sinisterly foregrounded when one civilian uncontrollably sniggered as he reflected on the moment he witnessed his brother blown to pieces a few feet in front of him – his interview ended seconds after this.

Though Bluemel allows the interviewee to guide the discussion, using whatever coping mechanism allows them to talk about their experience, every now and again he poses a thought-provoking question. “Was it worth it?” Bluemel asks elite US marine Sergeant Rudy Reyes, a real-life Action Man who doesn’t flinch at the magnitude many hold with killing someone. “Yes it’s worth it” (Pause), “I mean it has to be worth it” (Pause), “What’s the alternative?”. Once Upon a Time in Iraq demonstrates how even the toughest and most composed (robot-like almost) soldiers falter when considering if the process and the aftermath of the US-led invasion was morally right.

What makes the BBC documentary even more enlightening than it appears at first glance is its complete impartiality. The purpose of Once Upon a Time in Iraq is not to pin-point errors and place blame, nor to show who is right and wrong, but to retell the horrific realities from those who endured them. Therefore, of course, the documentary inevitably contradicts itself at times – and it is certainly all the more powerful for it. One moment an Iraqi woman is weeping at the execution of her innocent family members under Saddam Hussein’s dictatorship, explaining how she would have worked strenuously with the troops to find, interrogate, and kill him. The next moment an Iraqi man, who has an intricately woven tapestry of Saddam Hussein situated like a deity on his wall, reflects on his despair at missing Hussein’s leadership and how he frequently dreams of him.

This time round we aren’t restricted to a few seconds of a news clip, but a packed five hours’ worth of documentary, and this still briefly touches the tip of the iceberg

Alongside the integral role of the people and hearing their previously unheard voices, we’re exposed to archive footage of Iraq – from the first invasion in 2003 up to the troubles of Isis around 2014. This time round we aren’t restricted to a few seconds of a news clip, but a packed five hours’ worth of documentary, and this still briefly touches the tip of the iceberg. Raw footage is distressing and hard to watch, but it’s important for us all to see what happened and acknowledge the wicked hardships people faced. Censorship from these would be wrong in itself – as hard as the upsetting, graphic footage is to watch at times, we must in order to really understand and empathise with innocent civilians to an extent. Though we will never truly know the horrors, it should be our duty to listen and learn.

Clips of footage, each emotionally profound in their own right, are scattered chronologically throughout the five episodes. Witnessing Iraqis defacing and stamping on an effigy of Saddam Hussein after it was torn down in the capital, you can see the fear, desperation, and passion Iraqis had to overthrow the tyranny. Watching an Isis broadcast of a man who is forced to explain to the camera that he has been ordered to dig his own grave was harrowing and one that will forever be imprinted in my mind. Seeing an Iraqi woman win a prestigious award for bravery as she hid, fed, and comforted a significant number of vulnerable Iraqi men was empowering and brought home a sense of faith in humanity. With each of these significant pieces of footage, I endured a sharp chill down my spine and a wave of goosebumps penetrating on my skin.

Once Upon a Time in Iraq has succeeded its purpose and is one of the most eye-opening documentaries I have encountered. It has given the rightful coverage to one of the biggest humanitarian crises of the turn of the 21st century, and in the way coverage on such critical issues should be done. 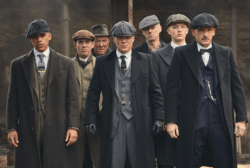