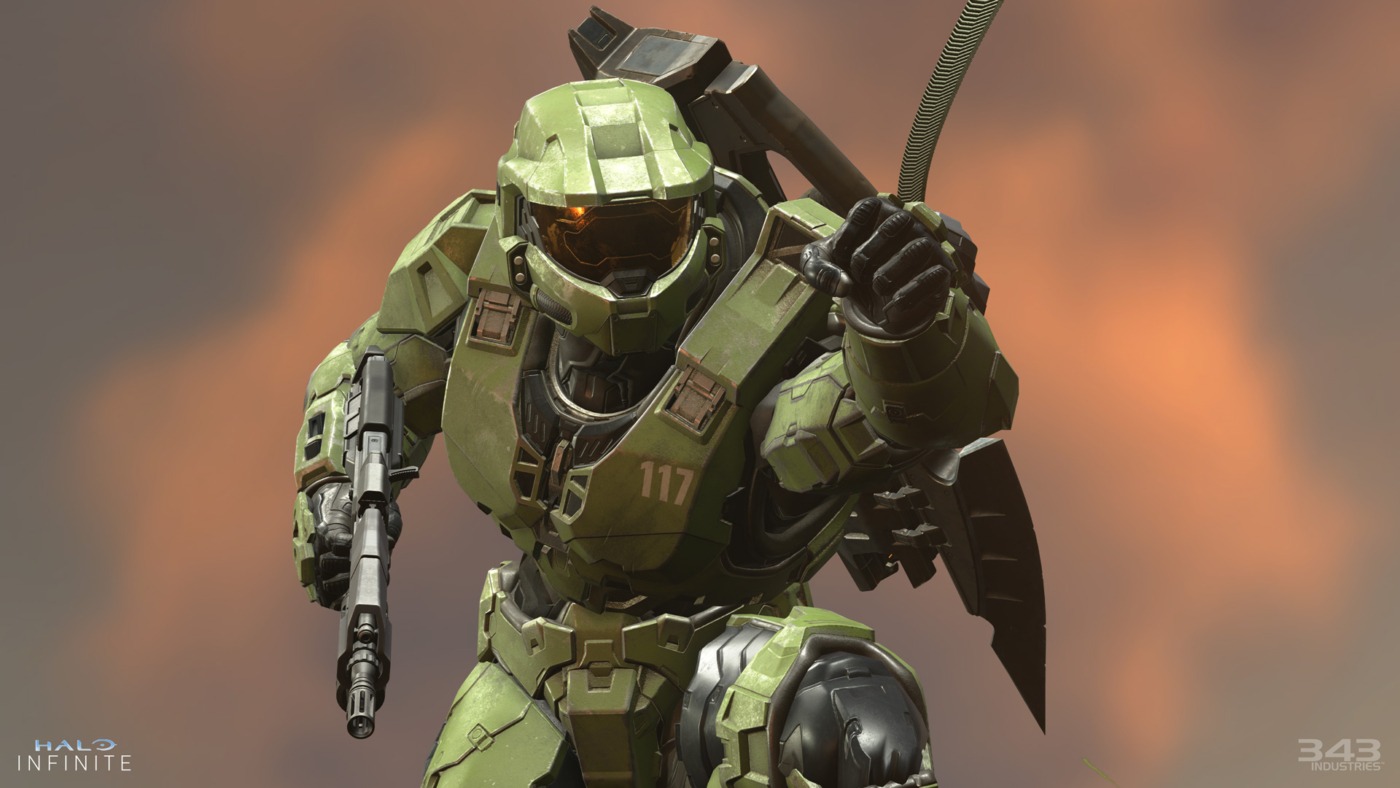 Going free-to-play has never been the hallmark of a great shooter. While a great way to gain market share, the most popular FTP shooters of our age have been afterthoughts, often keeping audiences due to their being free, not necessarily on their own merits. Fortnite was born as a Battle Royale afterthought from a wider game Fortnite: Save the World. Day Z was originally an Arma mod. A great idea, excruciating to play. Call of Duty Warzone improved incrementally, but if you are going to do a massive map that requires vehicles and you are the biggest franchise in gaming, is it too much to ask to make said vehicles handle ok?  Apex Legends was a cash-in on the trend, utilising assets and the engine from Titanfall. It is, however, the only FTP game I will play, because the Titanfall engine actually feels smooth. It feels like how shooters used to feel, because it was designed for a real shooter. By going FTP, Halo is, unfortunately, in inglorious company.

Halo is a game that relies on how it feels to play. Other shooters can get away with feeling clunky – Counter Strike is probably the best example – but Halo has always been buttery smooth. Perfect hit detection for hitting a grunt in the dome, the three body-shots for the shield and then the flick up for the one-hit headshot with the BR. It’s why a Halo Battle Royale wouldn’t work:  give people twice the health, and it’s no longer the same game.

Sandbox weapons would need to be redesigned – the Needler Supercombine would be OP. This is a problem many other shooters don’t have, precisely because their weapons are interchangeable – none are iconic, filling a predetermined niche in the sandbox. Weapons are memorable because they outperform their stated intent. Take the MP7 in Modern Warfare 3, which was incredibly effective at ranges usually reserved for ARs, or the power of the Brecci in Black Ops II, which no longer fulfilled only the role of rapid-fire shotgun, but it worked as a more effective SMG too.Infamy is a product of erroneously large functionality. Compare this to the more libidinal role of the storied weapons in the Halo sandbox. The sleek power of the Energy Sword, the rough shorn Gravity Hammer distorting space around it, the repeating plasma cannons of the Ghost and their cyclical pounding, like the war drums of some alien empire. All of this is sacred. Any attempt to monetise the integrals of the game, rather than simply the access to it, risks replacing this ancient harmony with cacophony and hollowing out its heart for profit.

Will anybody want to pay for a Battle Pass that just includes weapon skins and a few armour configurations?

Halo 5 managed the move towards microtransactions well and offers some hope in the move forward. New weapons for the Warzone game mode were variations on other sandbox weapons with additional lore context and new functionality representing this. The addition of Clamber and a directional thruster actually made the game feel smoother, with more traversal options. Now with the move towards a  Free-to-Play Battle Pass system, will they be able to do it again? I am unconvinced.

Each season of Fortnite brings new characters and skins. Even arena shooters like Black Ops IIII went down the legend route so that you can add new playable characters with new abilities. There is no room for this in Halo. The combatants are all Spartans, so at best, skins will be new armour variations, and how many exciting variations can you really make out of red and blue armour? Armour pieces from Halo 3 were valued not because they were beautiful or ostentatious, but because of the hard challenges you needed to complete to unlock them. They were a sign of prestige. What of Emotes or Spray Tags? These work fine in new titles, but none of that would at all fit the feel and the established lore of Halo. The developers have painted themselves into a corner here because on the one hand, will anybody want to pay for a Battle Pass that just includes weapon skins and a few armour configurations? On the other hand, if they include new Spartans with different functionality, or radical, non-Spartan skins, it completely breaks the feeling that makes it Halo.  They have put themselves in a monetisation catch-22.

With the game’s subsequent delay to 2021, they will have more time to try to get this right, but from the gameplay demo we saw earlier this year, Halo is the furthest from its roots it has ever been. In caving to fan feedback and marketing Halo: Infinite as a return to the series roots, they created something that felt soulless.

I hope dearly that they prove me wrong, but going free-to-play is simply the latest in a line of red flags for Halo Infinite

A return to the classic art style turned into a sandbox looking like one of their Mega Bloks toy sets with the design and colour palette. Nothing actually happened in the demo, there was no impetus – a short drive in a Warthog, and a couple fights to show off new weapons which had nothing special to them. We saw the return of the Brutes, now heavily meme’d for their design, and the inclusion of a grappling hook. After a few fights with no real meaning, the demo transitioned into a trailer. Nothing happens. Halo fans are told nothing of the storyline, except that we lost to the Brutes – but the last time we saw the Chief he was at the start of a war with AI for the Mantle of responsibility for the galaxy? It poses too many narrative questions while giving us nothing to go on whatsoever.

Unlike many Halo fans, I will defend Halo 4 and 5 to the death. They were different, but to me, they still captured the way that Halo is meant to feel. Comparing their reveal to Halo Infinite illustrates my point.  Halo 4 had one of the greatest E3 gameplay demos of all time for me. The graphical upgrade, the crashing of the Infinity, and the appearance of the Didact’s Cyptum from below the cliff – a villain reveal that was seven Halo 3 terminals and three novels in the making.

Chief and Cortana proceeded into a jungle area to reach the ship, before being ambushed by Promethean Crawlers, which introduced themselves by climbing walls, highlighting the new verticality element of Halo 4’s combat. A Knight then attacked Master Chief, teleporting away and engaging from a distance. Once the Chief killed it, he picked up its forerunner weapon, which dismantled and reassembled around his arm. The next Knight spawned a Watcher, a new flying support unit which catches the Chief’s grenade and throws it back at him. Halo 4 got it right. There was narrative intrigue, sure, but for months all I wanted to do was get a shot to fight these new enemies and use the new guns.

Halo 5’s Battle of Sunaion demo was also excellent. It introduced the concept of four-man Spartan Teams working together, showed off the Plasma Caster, and the new movement abilities. While I was not as impressed by the combat, I couldn’t wait to play Halo 5 because of the narrative intrigue around the Chief and his disappearance, which this demo perfectly played upon.

I am happy to argue about whether all the gameplay and narrative directions taken in these games were the right ones. I think the latter half of Halo 5 was terribly written, but at no point did either feel not like Halo to me. It felt like people taking that spirit and trying to push it forward, represent it in a new and interesting way. I was excited to play them for reasons of both narrative and combat. Now, after five years of longing, Halo Infinite has elicited neither feeling in me.

That they could get the marketing and demonstration so wrong is worrying. I am confused as to what the game is about. I am bemused by the art direction. I am unconvinced by the combat and I am worried by the multiplayer going free to play. I have never played a free-to-play game yet which I thought felt polished, and yet that is exactly what I demand from a Halo title. I hope dearly that they prove me wrong, but going free-to-play is simply the latest in a line of red flags for Halo Infinite, that with each passing day appears more of a Simulacrum of a Halo than the ground-breaking, inspiring and flag-bearing shooter that its fans (and Microsoft) need it to be.