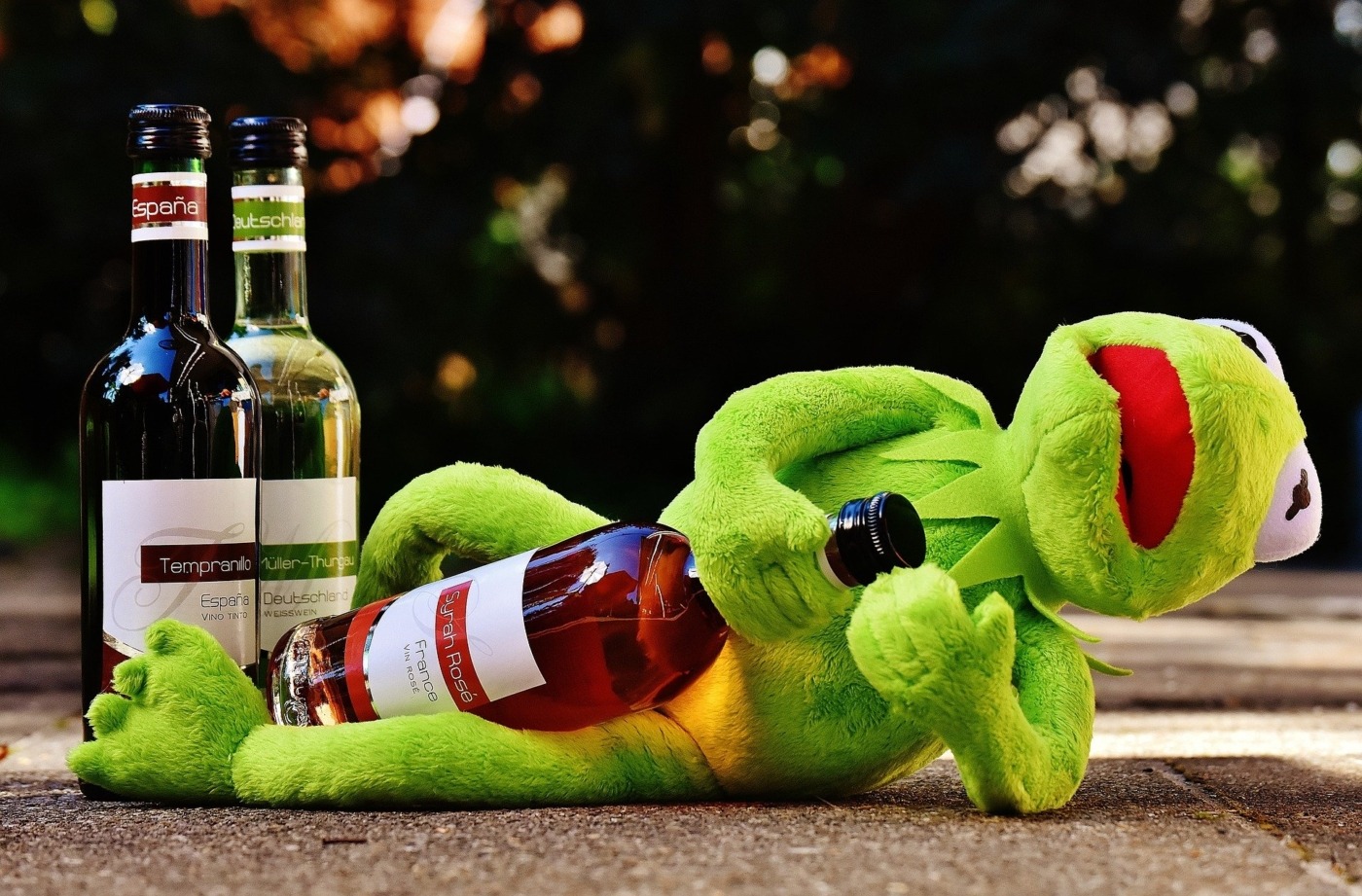 My flat re-imagined as TV characters

Currently I live in a shared flat in Leamington Spa. I love my flatmates, but if I could replace them with TV characters, I would instead choose to live with Captain Raymond Holt, Doctor Who, Geralt of Rivia, Phoebe Buffay, and Kermit the Frog. Here’s why:

Clearly, Holt would be an excellent flatmate in general. He’s extremely neat and organised, and he doesn’t care about food so he wouldn’t take up a lot of space in the kitchen. However, most importantly, his entire job is making sure that an easily distracted manchild does all of his paperwork. I’m an easily distracted slacker. If I had Captain Holt making sure that I did all of my essays in advance of deadlines, instead of the night before, I would be significantly more productive. I also think that the flat needs a kind of father figure. Although Geralt and The Doctor are both older than him, both often behave impulsively or irrationally. Neither are particularly good at maintaining relationships, and so they would definitely benefit from some advice from Captain Holt, who has been with his husband for 30 years.

If I had Captain Holt making sure that I did all of my essays in advance of deadlines, instead of the night before, I would be significantly more productive

The Tenth Doctor, Doctor Who

The Doctor would be an ideal flatmate partly just because he has access to a time machine. I’m a history student, and so being able to actually travel to the past would be really helpful for writing essays. More than that, the Doctor just seems like he would be a lot of fun to hang out with. I imagine him coming up with fun drinking games and making friends with a lot of interesting strangers if we went on a night out together. The Doctor always has companions, and he would probably be fascinated with Geralt and Kermit the Frog in particular, since their biology is so different from all aliens he’s encountered.

Geralt of Rivia, The Witcher

Firstly, Geralt can do all kinds of cool fighting, and so he could protect me if I was ever attacked. Currently I don’t have many attackers, but this is Leamington, so you never know. Mainly I would like to live with Geralt because I hate having bugs in my home. The day before my GCSE maths exam I discovered that my kitchen was covered in ants, and when you’re already stressed, biblical style omens don’t fill you with confidence. If I lived with Geralt, he’d be able to ensure that I lived in a completely bug-free environment, which to me is priceless. Plus, Geralt and The Doctor would have a lot to talk about, because they’re both semi-immortal, and travel around fixing other people’s problems, the only difference being that the Doctor has a time machine and Geralt has a horse.

Kermit the Frog, The Muppets

Kermit is extremely kind and reliable. He’s a good listener, and he’s someone I would feel comfortable telling my problems to. I think Kermit would be good at resolving any conflict that comes from having so many different types of people all living in a flat together. Kermit is used to managing and taking care of a diverse group of characters because he’s usually working with the rest of the Muppets. Also, he can play the banjo, and I play the violin, so if Phoebe sang and played guitar then we could set up a country band together. This means that he would also get along with Geralt, because he’d remind him of Geralt’s sidekick Jaskier, since they are both musical ladykillers. If you just replaced Jaskier with Kermit the Frog in every scene it would change very little about The Witcher.

Kermit can play the banjo, and I play the violin, so if Phoebe sang and played guitar then we could set up a country band together

We need someone to cheer up the flat a bit. Geralt and Captain Holt are both very serious, and Kermit the Frog tries to stay positive, but he’s easily consumed by his emotions, particularly if he gets stressed. Phoebe Buffay would be a great addition, because she’s an optimist with a very idealistic view of the world. She is unconcerned with the perception of others, and just does whatever she can to have fun and make herself happy. While the Doctor is also generally an optimist, he has much more of a jaded worldview. Phoebe Buffay’s difficult childhood meant that she has ultimate trust in herself, and always believes that no matter how bad things get, it will work out in the end. In contrast, the Doctor blames himself for many of the problems that he has faced and sometimes lets his troubled past affect his actions.

Overall, these characters would each be great to live with, and they would all manage to get along with each other, apart from the on-again off-again romance between Geralt and Phoebe, which would be messy and inevitable.