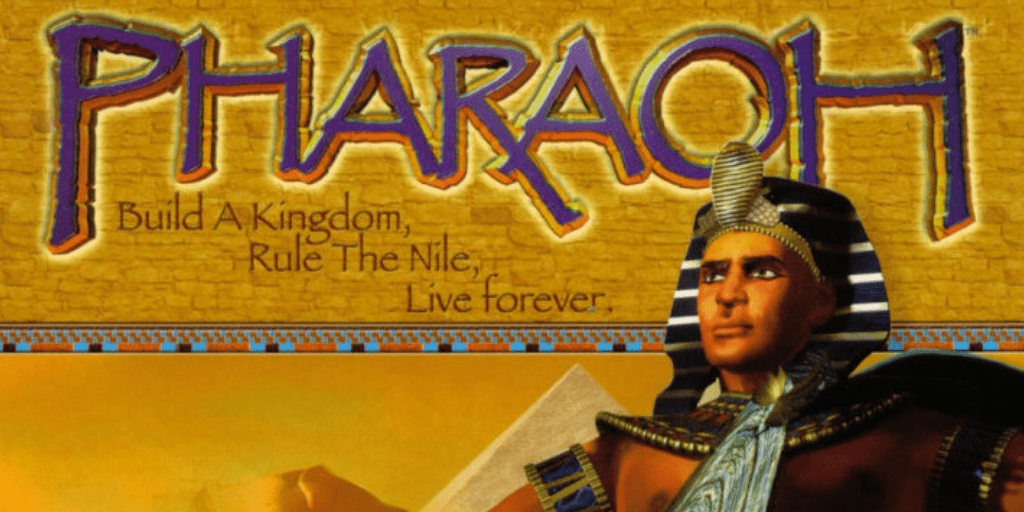 What Happened to: ‘Pharoah’?

I loved Ancient Egypt as a kid. The ruins of temples and cities preserved in the arid Sahara sand possessed an unmatched mystique, and the alluring intrigue of a fallen civilisation excited my imagination. I fondly remember school lessons on the flooding of the River Nile, trips to the British Museum’s Ancient Egypt collection, and a family holiday to Luxor to see some of these wondrous sights in the flesh. But my real affection for Ancient Egypt stemmed from another source, one less tangible but more engrossing – the Impressions Games city-builder, Pharaoh.

Released as part of Sierra’s acclaimed series, the late ‘90s series of city-builders, Pharaoh places you at the head of a noble Egyptian family tasked with building ever-greater cities through the dynasties of Ancient Egypt. The campaign charts Egypt’s rising power across the epochs, from the dusty nomadic settlements of its Pre-Dynastic Period to the glorious metropolises of the New Kingdom.

In classic city-building vein, housing, industry, and supporting infrastructure must be constructed to produce goods and distribute resources to meet the demands of citizens and fulfil each level’s win conditions. The game begins simply. A few houses to attract immigrants, a well to supply clean water, farms and irrigation systems to produce foodstuffs, and a couple of fire stations to stop your fledgeling city turning into rubble will see you through the first couple of levels.

It quickly shifts into a brutal game of supply chain management, infrastructure planning, and thrifty use of your city’s coffers. Meticulous planners will be rewarded as new industry chains, entertainment, religion, intercity trading, and monument construction are introduced to complicate city growth. Those who haphazardly throw down buildings will probably scrabble to provide enough bread and beer to entertain their citizens, or struggling to quarry the tonnes of stone needed to build huge mausoleums and pyramids.

There’s something meditative in watching your city’s houses change from shoddy mud huts to respectable cottages, to gleaming white apartments

Central to the game is its housing upgrade system. Houses evolve along a tier list when provided the necessary amenities. From meagre shanties that need only food to glistening manors and estates that require access to physicians, dentists, entertainment, temples and schools. Services must be delicately balanced to supply the entire city evenly and prevent your palatial residences turning back into dire slums.

There’s something meditative in watching your city’s houses change from shoddy mud huts to respectable cottages, to gleaming white apartments. Whether it’s watching storage yard workers transporting food, pottery, and other goods to the bazaar, farmworkers harvesting fields before the Nile floods, or police officers desperately chasing bands of thieves, Pharaoh possesses a dynamism rarely seen in other settlement-makers. Citizens will walk the streets as part of their jobs, rather than as mere paintwork. Cities feel alive as workers wander between work, home and leisure activities. Alongside the grunting of hippos, howling desert wind, and Egyptian instruments crooning in your ear, you can become lost in the game’s vibrant city life.

Make no mistake, the game’s charm does not equate to an easy ride. This game is hard. Unlike more relaxed city-builders, players aren’t given a sandbox in which to construct the prettiest city – although your city’s beauty does partially determine citizen happiness – but are plonked in a barren wasteland of scarce resources, rugged terrain, and sparse fertile ground. Poor planning or frivolous spending can hamper your city’s growth, forcing you to redevelop areas of your city to better support resource distribution and housing development.

Even in early levels, players will have to plan their city’s layout and industrial development. Make sure to leave enough room for that obelisk you need to construct to complete the level, don’t build that storage yard over the fertile soil needed for riverside farms, and give yourself space to build unsightly granaries away from residential areas that would impinge desirability and development.

It’s easy for things to spiral out of control. If supply chains break down, unemployment may increase as citizens leave the city, causing houses to degrade, neighbourhoods to devalue, and prompting a vicious cycle of further emigration. Much of this is solved by furious micro-management. Bazaars can be ordered to buy certain goods and reject others, storage yards can empty goods of a certain kind to make room for more demanded resources, and entire production facilities can be shut off if they do not need workers.

All of this is useful for creating the most efficient production line. But losing track of these minor commands could have catastrophic consequences. If you unwittingly leave your farms producing straw rather than grain, you could end up with storage yards full of mud bricks, but your granaries empty and your citizens starving.

But a successful, smoothly running city is hugely gratifying. Watching scores of labourers drag slabs of stone to construct the Sphinx or the Step Pyramid feels like a fantastic achievement. Using an abundance of food to throw a festival to Ptah, trading spare gems to a foreign city at a huge mark-up, securing a sufficient culture rating to win a level just before an invading army knocks on your door – these are the thrills that few city builders replicate.

And fewer still make such excellent use of their historical setting as Pharaoh does. Pharaoh never forgets its Egyptian context. The construction of Egypt’s most famous monuments adds a unique flavour to the game. Often, foreign rulers will need appeasing and demand tributes of luxury resources and gold, or the gods will become enraged at your impiety and curse your city, destroying resource stocks or preventing precious Nile flooding.

This is why I enjoyed the game so much as a kid, and why I continue to enjoy it now. Not only did I plug a harrowing number of hours into it, but I learnt a lot about Ancient Egypt doing so. It’s a stretch to say that the game is educational, but it taught me how to tell my Mastabas from my Mausoleums, introduced me to gods in the Egyptian pantheon and showed me the original vivid colours of Egyptian temples. At the very least, it inspired me to learn about Egypt outside of the game.

Sure, it isn’t perfect. The combat is tedious and distracts from the main building mechanics. Battles are a numbers game that consists of pointing your soldiers towards the enemy and hoping they will overpower the unpredictable incoming army. If they don’t, you’re forced to watch in horror as foreign troops raze your city, and wait desperately for fresh recruits to fight them off – or load an earlier quick save having learnt from your peace-keeping mistakes.

But Pharaoh’s refined central mechanics have secured it a strong following over the twenty years since its release. Online forums still discuss the most efficient strategies of winning levels or constructing supply chains, and an upcoming game from Indie studio Strategy Labs looks to recreate its magic in their debut title, Builders of Egypt. To say that Builders of Egypt appears inspired by Pharaoh is an understatement. From the short demo available on Steam, it plays exactly the same. It traces the same historical periods, includes a similar housing tier system, and focuses on the same industry supply chains.

Some changes are immediately noticeable, however. Bread has replaced gold as the game’s currency, both feeding your citizens and affording new constructions, and it takes Egyptian settlements into full 3D rather than the flat isometric drawings of Pharaoh. But much of the game is yet to be shown. How will it integrate the more complex industrial production facilities, will the combat be improved upon, and will the monuments, so impressive in Pharaoh, carry the same awesome weight? Regardless of its final form, its presence is a testament to the enduring quality of Pharaoh, which refined a city-building formula still enjoyed and replicated today.