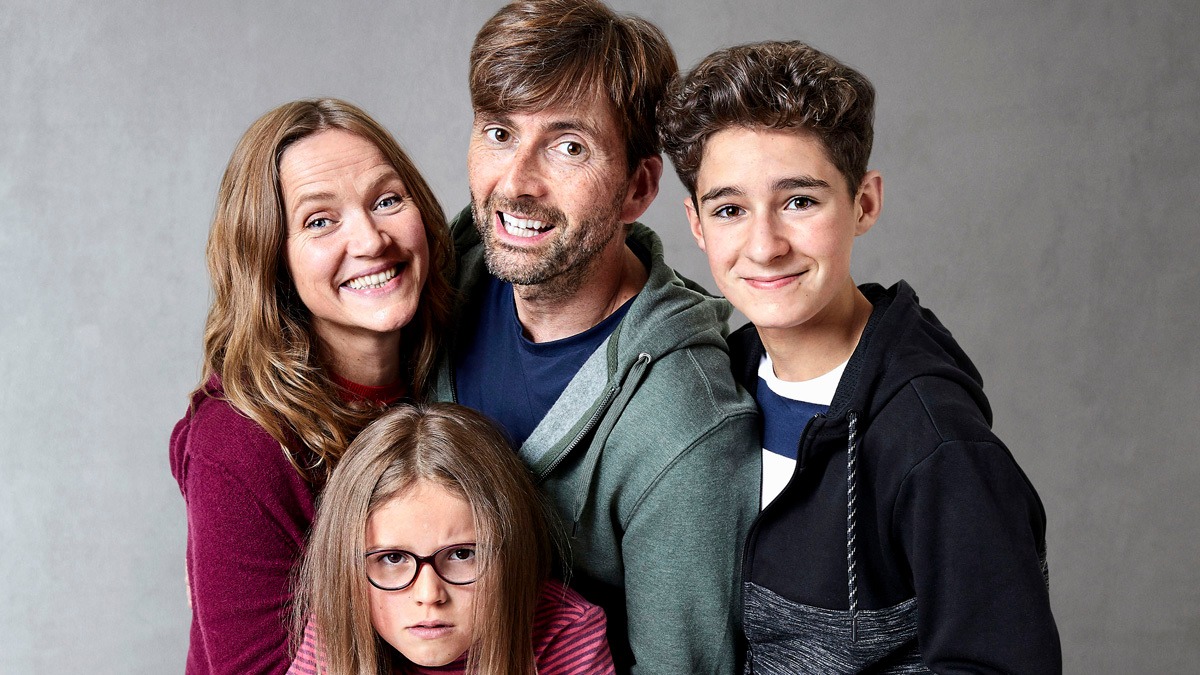 There She Goes is a comedy-drama centred around Rosie Yates (Miley Locke), a child with a severe learning disability, and the impact that she has on the lives of everyone she knows. After the success of series 1, which was aired in 2018, series 2 is currently airing on BBC2 and streaming on iPlayer. If you haven’t seen it yet, please do.

The five-episode series gives an honest insight into what living with a learning disabled child is like. This series flicks between 2007-9, when Rosie’s parents, Emily (Jessica Hynes) and Simon (David Tennant), find out Rosie’s development is “in the bottom 0.02%” of children her age, and 2017, when she is 11 years old. The change of time highlights how challenging it was for the family to come to terms with the fact that Rosie is a learning disabled child, how they moved beyond that difficult stage, and how Rosie constantly proves herself to be more than just the data saying that she is different.

Personally, my favourite thing about the series was the portrayal of Ben (Edan Hayhurst), Rosie’s older brother. I think the impact on the siblings of learning disabled children can often be overlooked as it is the parents who deal with diagnoses, communication, and schooling. The relationship between these siblings is very complicated, as Ben is her cheerleader and harshest critic. Allowing Ben’s character to both praise her and to admit “I hate her. She ruins everything, she’s ruined my life” really encapsulates that conflict and shows how much Ben’s life is defined by his sister’s needs.

The dark comedy in the series often comes from Simon, who uses it as a coping mechanism. His deadpan “Rosie’s mentally disabled” opener to strangers is shocking and forces the viewer to feel uncomfortable. Because of this, her more extreme behaviours, such as waking up a sleeping Simon by hitting him on the head with a suitcase, can be laughed at as they break the tension that can constantly be seen throughout the series. There are lighter moments too, though. I think the great thing about the series it is that it’s written in such a way that the viewer can empathise with the family and not be afraid to laugh about the more difficult aspects of their life — because sometimes, the Yates’ are laughing too.

Rosie’s character is based on the daughter of the series’ creator, Shaun Pye, which explains the constant ring of truth about the less talked about aspects of a learning disability. Rosie’s inexplicable love for the letter ‘x’, her growl when she doesn’t get her own way, her scribbles on walls, and her deep obsessions all show how challenging living with a learning disabled child can be.

Despite these behaviours being shown as difficult, the viewer never feels pity for the family. Empathy and sympathy are provoked instead, particularly for Emily during the flashbacks to 2007-9. A feeling of pity is also avoided through showing that some of Rosie’s behaviours are relatable; for example, a child constantly shoving something they want their parent to look at directly in front of their face is certainly something I’ve seen happen regularly. Even the less relatable of Rosie’s traits show that she is such a rounded character — being non-verbal does not mean that she doesn’t have a personality. As someone who has some experience interacting with learning disabled children, I think it’s lovely that people without that experience can see through Rosie’s character that the learning disabled person is so much more than a diagnosis.

There She Goes brings a brutal honesty about the challenges of Rosie’s behaviour that is so refreshing to see. Though it’s about living with a learning disability, don’t be put off if you don’t have experience of that — neither did Emily, Simon, or Ben before Rosie was born. It deals with the ups and downs of Rosie’s development in a truthful and somehow heavy yet lighthearted way. There She Goes is the kind of TV I hope to see more of in the future.