Sevilla and Inter Milan will meet in Koln on Friday evening to draw a close to the 2019/20 iteration of the Europa League. Both sides have performed impressively during the Covid-19 mini-tournament. The Andalusian Europa League experts eliminated Manchester United in the semi-finals, while Antonio Conte’s Inter Milan thrashed Shakhtar Donetsk on the other side of the bracket.

Goals courtesy of Suso and Luuk de Jong sealed a memorable comeback victory for Julen Lopetgui’s Sevilla in the last four, sending ‘los Palanganas’ to their sixth final in 14 years. Prior to extinguishing Ole Gunnar Solskjaer’s European hopes, Sevilla tamed Wolves in the quarter-finals, after topping a group that included AS Roma and CFR Cluj.

Inter’s path to the final has followed a different course. Since falling into the Europa League following the group stage, Conte’s Nerazurri have quashed the efforts of Ludogorets, Getafe and Bayer Leverkusen in the knockout rounds. Inter were involved in the Serie A title race until the final moments of the season, finishing just one point behind eventual champions Juventus. Sevilla finished fourth in La Liga, seventeen points behind Real Madrid.

Matias Vecino will also play no part against the Spaniards

Alexis Sanchez remains a serious injury doubt for Conte ahead of tonight’s final. The Chilean winger has struggled with a thigh injury over recent weeks, and is not expected to feature against Sevilla. Matias Vecino, currently recovering following knee surgery, will also play no part against the Spaniards.

Lucas Ocampos, who scored Sevilla’s winner against Wolves in the quarter-final, could see his role in the final reduced as a result of an ongoing knee injury. Ocampos, Sevilla’s main attacking outlet this season, started against United but was substituted by Lopetgui on the hour-mark. The Argentine winger has trained with the squad this week, but was required to wear protective wrapping around his right knee.

Given Inter’s strong run to the final, Ocampos is likely to play a prominent role for Lopetgui’s side despite Liverpool’s ongoing interest in the 26-year-old. French centre back Jules Kounde will also start for Sevilla, notwithstanding reports that suggest the 21-year-old could move to Real Madrid this summer.

Conte is likely to name an unchanged team from the side that thrashed Shakhtar in the previous round. Captain Samir Handanovic will start in goal for the San Siro outfit, while Manchester United alumni Ashley Young and Romelu Lukaku are also expected to feature from kick-off.

Sevilla could also start the final with an unchanged line-up. Whether De Jong’s substitute appearance against United did enough to convince Lopetgui that the Dutch forward is deserving of a place in the starting line-up remains unclear. Jesus Navas will start at right back for Sevilla, with Sergio Reguilon likely to be selected at left back.

Lautaro Martinez could be the difference-maker for Inter in the final. The 22-year-old forward is widely regarded as the heir apparent to Lionel Messi for the Argentine national team, and has been in fine form throughout 2020. Lukaku, his strike partner in Conte’s 3-5-2 formation, will also hope to end the season on a high. Christian Eriksen is likely to start from the bench after falling out of favour at the San Siro.

This evening’s final comes against the backdrop of intensifying demands for Conte to depart the San Siro. After missing out on domestic success in the league and cup, Conte is under pressure to deliver meaningful silverware during his debut season in the Nerazurri dugout. Inter have invested heavily in the transfer under Conte’s leadership; the feeling in Milan is that the former Chelsea manager must win now.

Ocampos is Sevilla’s most obvious threat, but the Spanish side could also count on Ever Banega to provide a spark in the final. The 32-year-old playmaker spent the 2016/17 season at Inter Milan, making 28 appearances and scoring six goals for the Nerazurri. Tonight’s final will mark the end of Banega’s fifth season as a Sevilla player, a champagne moment in Koln would be a fitting end to a landmark campaign for the Argentine.

Sevilla are the most successful club in Europa League history. Inter Milan’s squad was built to win now. This evening’s final will represent a clash of cultures, tactics and history. With both sides having already qualified for next season’s Champions League, only pride and silverware is at stake in Germany. Let the antics begin. 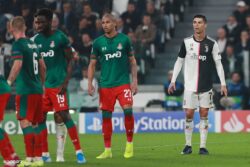