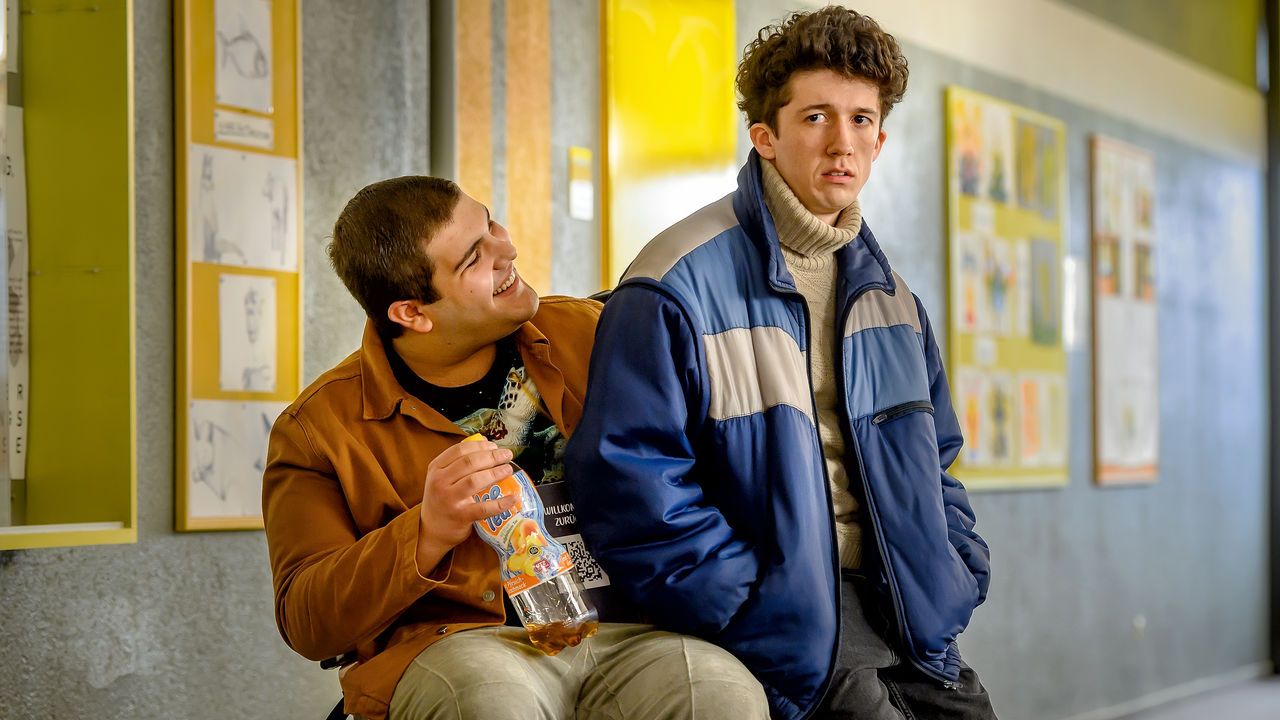 How to Sell Drugs Online (Fast) is the most streamed German show on Netflix. It’s easy to see why, because it’s a smart, funny, and self-aware show that strikes a good balance between drama and realism. Set in the depressing town of Rinteln, HTSDOF tells the story of Moritz, a highschool student who is dumped by his girlfriend after she discovers the world of party drugs while on her year abroad. Not to be outdone, Moritz attempts to win her back by setting up his own drug selling company, along with his terminally ill best friend, Lenny.

Moritz narrates the show, and I find it refreshing to see a protagonist who does not have one likeable quality. Across the series Moritz alternates between being whiny, creepy, greedy, or manipulative. He’s basically the seven dwarves of bad personality traits, and yet he completely works as a character, partly because his relentless ambition is what drives the show. Luckily, the many side characters are able to provide plenty of heart. There honestly isn’t a character in this show that I genuinely dislike, although Moritz’s ex-girlfriend Lisa is occasionally tiresome. Lenny is highly sympathetic from the beginning, but his nerdiness and insecurities make his friendship with Moritz believable. Dan is clearly introduced as a foil to Moritz, since he is handsome, confident, and popular. However, because he is supposed to be Moritz’s opposite, he also manages to be both braver and nicer. Dan quietly being a much better person than Moritz is my favourite Easter egg.

It’s a smart, funny, and self-aware show that strikes a good balance between drama and realism

In between the familiar teen-comedy-drama, the relationship that HTSDOF has with it’s subject matter of drugs is… strange. It seems to flip-flop between presenting drugs as something dangerous, and presenting them as something normal that a lot of teenagers experiment with. While both interpretations have some truth, they’re also simplistic. It’s acceptable that many teen dramas would stick to one or the other if they have limited run-time, but in HTSDOF drugs are at the heart of the show – I feel that there was room for something a bit more complex that the show never really explores.

One moment of the first season which could have gone deeper happens in the fifth episode, when Gerda (one of Lisa’s best friends) and a girl that Moritz is romantically interested in, overdose on MDMA that she bought from MyDrugs. However, rather than being significant in any way to the plot, this is somewhat swept away. Neither Lenny nor Moritz use this experience to consider the real-world implications of the business that they’re in, but instead Moritz simply asks Lenny to change the website code so that drugs cannot be bought from within Rinseln.

The fact that Gerda ended up in hospital because of the drugs that Moritz, Dan, and Lenny were selling is never mentioned again. Instead, the main motivation Dan and Lenny have for wanting to leave the drug business is the secrecy and the dangerous nature of it, rather than the fact that selling drugs could cause harm to other people. The second season in particular would have been very similar whether Moritz and Lenny had been dealing drugs or counterfeit watches.

On the other hand, a big strength of HTSDOF is the particularly nuanced picture of the internet. This show really understands the way in which the internet is intertwined with the lives of young people, something that shows marketed to teenagers often struggle with. From Moritz’s ten year old sister navigating Instagram brand deals to the detailed explanations of encryption, the darkweb, and cryptocurrencies, the show doesn’t talk down to its audience but instead attempts to present complicated ideas in an entertaining way. This is done through a method reminiscent of the film The Big Short, in elaborate cutaways, which works very well with the pseudo-documentary style of the show.

This show really understands the way in which the internet is intertwined with the lives of young people, something that shows marketed to teenagers often struggle with

A consistent theme is the idea of internet and identity, and how it can be used to both help build and disguise a person. In the beginning of the show Moritz logs into Lisa’s Facebook and this is how he discovers that she has been experimenting with drugs. Later, he logs in as Lenny in order to create the MyDrugs website. After this Lenny pretends to be Dan in order to catfish a girl he likes, which culminates in Dan pretending to be Lenny when he organises to meet with the girl in real life. Dizzying as it is, the exploration of all the different ways in which internet use can define a person is interestingly explored. Overall, it seems that more than the “Drugs” in the title, the “Online” is what the show really focuses on.

HTSDOF is more “Teenage Mark Zuckerberg” than it is Breaking Bad, but it is an interesting and thoroughly enjoyable show nonetheless.