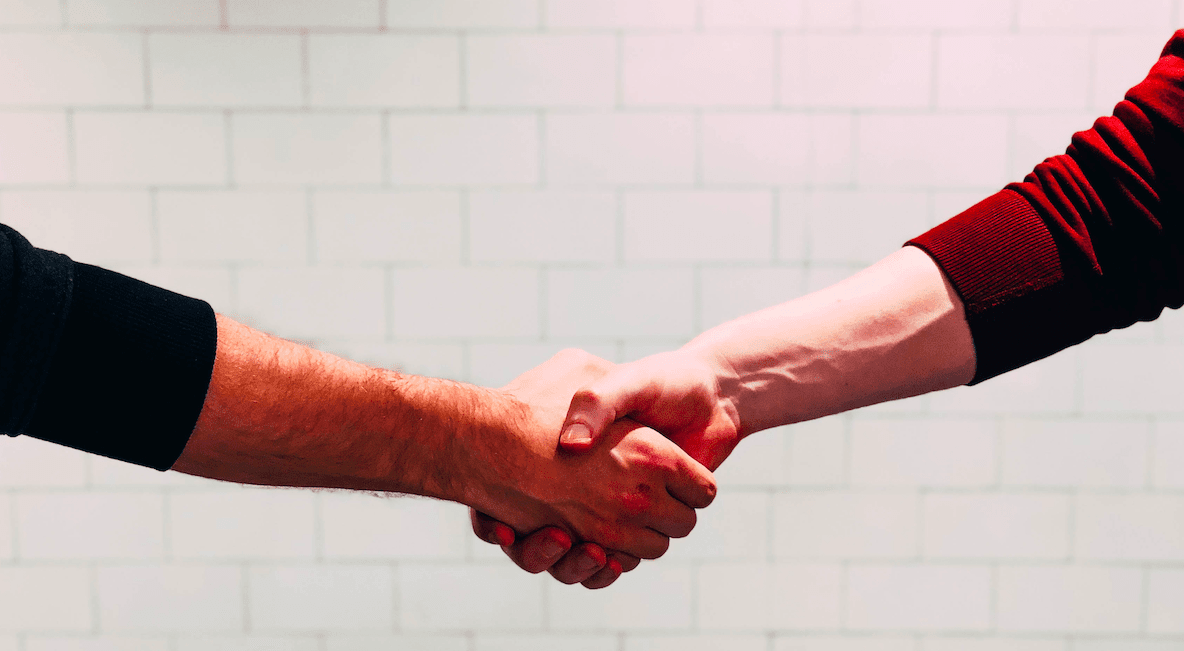 A history of the handshake

Life is going to change in many ways as a result of Covid-19, and many experts are predicting we may see the end of the handshake as we know it. According to experts, we’ve grown weary of the greeting because it risks spreading the virus, and it may fall out of fashion entirely when the pandemic has passed.

Potential replacements include joining your own hands together, patting someone on the back, tapping your feet together, waving or just staring into their eyes. For some, this is good news as the awkwardness of not knowing how hard to grasp or how long to shake will be gone, while others fear losing something that has long been an integral greeting.

The handshake has been part of global society for a long time. The earliest known reference to the handshake is found in a ninth-century B.C. relief, which shows the Assyrian King Shalmaneser III shaking hands with a Babylonian ruler to seal an alliance. Homer described handshakes several times in The Iliad and The Odyssey, often in relation to pledges and displays of trust, and the gesture was used in ancient Rome to convey friendship and loyalty. Pairs of clasped hands even appeared on Roman coins, indicating the importance of the action.

We can see that the handshake served to convey peaceful intentions, but why? One theory is linked to the fact that most of us are right-handed, and thus would have held a weapon in our right hands. By offering an empty right hand, strangers could show they were not armed and thus bore no ill will to the other person. It has also been suggested that the up and down motion of the handshake was intended to dislodge any knives or daggers that may be hidden up a sleeve, further confirming that the person is unarmed.

The historian Walter Burkert once explained it like this: “An agreement can be expressed quickly and clearly in words but is only made effective by a ritual gesture: open, weaponless hands stretched out toward one another, grasping each other in a mutual handshake.” By clasping hands, people showed that their word was a sacred bond, something that has (to some extent) continued to this day.

Turning the handshake into an everyday greeting is more of a recent phenomenon. Some historians believe it was a gesture popularised by the Quakers of the 17th century, who viewed the shake as more egalitarian than bowing or tipping a hat. Whatever happened, it became commonplace by the 1800s, with etiquette manuals often explaining the proper technique. According to an 1877 guide: “A gentleman who rudely presses the hand offered him in salutation, or too violently shakes it, ought never to have an opportunity to repeat his offence.”

As the virus rages, the elbow bump has also soared in usage as a form of greeting

Shaking hands has become an essential part of business. According to Juliana Schroeder, professor at the University of California, Berkeley: “Even though handshakes aren’t literally used to ascertain whether or not the other person is holding weapons anymore, they’ve maintained their signal of showing good intentions. That’s a very important signal in business contexts, where people are often meeting with strangers in highly consequential settings.” Her research indicates that people are more willing to work with those who offer their hand at the beginning of a negotiation, as it signals trust, cooperation and commitment.

Of course, though we talk about the end of the handshake, many countries don’t use it at all. In many Asian countries, people bow to each other when meeting, while Ethiopian men touch shoulders. The Maori in New Zealand touch noses, and in Tibet, sticking out your tongue can be a way of welcoming people. It’s also losing popularity in the US. According to one survey, 49% of Americans prefer the fist bump, largely because they were afraid of catching germs. As the virus rages, the elbow bump has also soared in usage as a form of greeting.

Dr Antony Fauci, a key figure in the US response to Covid-19, last week said: “I don’t think we should shake hands ever again, to be honest with you.” It may be hard to break such a commonplace habit, but it’s certainly not impossible. After the Black Death, the French habit of cheek-kissing fell out of fashion for centuries.

So, will we see the end of the handshake? Entirely possibly, yes, but expect to see something else rise and replace it very swiftly – the handshake was founded as a way to convey ideas of trust and cooperation, and those certainly aren’t going anywhere.