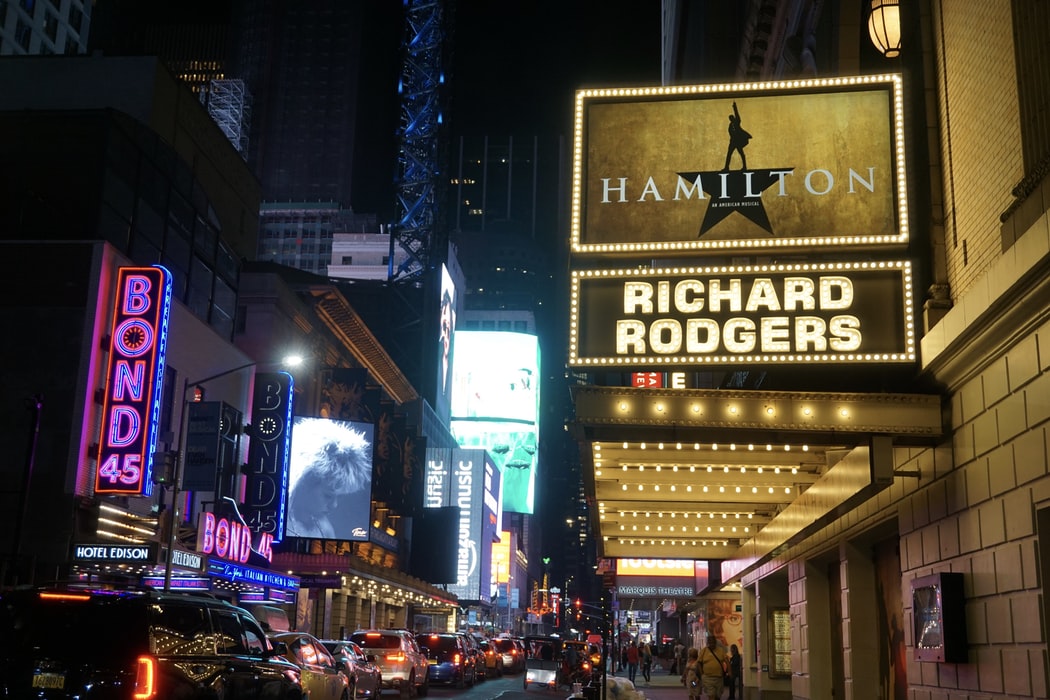 ‘Hamilton’ highlights the ultimate irony of America with its musical numbers

With Thomas Kail’s filmed version being brought to our screens during lockdown via Disney+, the original Broadway hit musical Hamilton has been able to reach a wider audience. With new and old fans and critics re-emerging in conversation about the show, debates have risen over the extent to which Hamilton overglorifies the founding fathers. Some view the musical as a refreshing rewrite of American history whilst others see it as a problematic and ignorantly joyous portrayal of some of the most renowned slave owners in history.

I find myself somewhere in the middle: the show has my support via my repeated viewing of the Disney+ release and the embarrassing number of streams of the soundtrack on my Spotify, but it also has my discontent in the lack of attention brought to the evils of the historical figures portrayed.

Hamilton has been described as a piece of American propaganda by critics who argue the musical ignores the horrific history of slavery that was led by many of the figures represented. The topic of slavery is brought up and discussed with lines such as “we’ll never be free until we end slavery” and “we’ll never be truly free until those in bondage have the same rights as you and me” but little attention is drawn to individual’s participation in the slave trade.

Some of the featured founding fathers, such as Thomas Jefferson and George Washington, had extensive numbers of slaves and happily engaged in the torture, trading, and beating of Black lives. Alexander Hamilton himself is presented as an abolitionist when in reality this was more likely for economic and political purposes rather than for the value of human life (after all, how much of an abolitionist can you be when you marry into a family famous for their slave ownership?)

How much of an abolitionist can you be when you marry into a family famous for their slave ownership?

So where is the line? To what extent can we enjoy art if it excludes unforgivable parts of history? I think the most important thing to remember is that the founding fathers did great things, but they were not great men and never will be considered great men by anyone who was/is anti-slavery or pro-women’s suffrage.

History is going to be told, as it should, and if the story of the founding fathers is going to be told, I would much rather it be presented in this way than in a whitewashed propaganda play or textbook. History is undeniably simplified and narrowed in the musical, it celebrates the achievements of Alexander Hamilton whilst excluding the more shameful aspects of his beliefs, but what it does do successfully is bring history into the present to reflect the racial inequalities and prejudices of today.

“Immigrants, we get the job done” is one of the most famous lines and is met with applause from the audience every night, as heard on the Disney+ recording. The show successfully highlights the ultimate irony of America: a country built by immigrants that continually abuses and exiles immigrants in present day.

Hamilton, as actress Renee Elise Goldsberry from the original cast explains, gives the “opportunity to reclaim a history that some of us don’t necessarily think is our own.” Reclaiming history and diminishing the belief of a white-built America is strongly embodied by the majority Black cast. Instead of being limited to stereotypical Black archetypes, as is all too common in the film and entertainment industry, these talented actors play historical figures and characters usually exclusively set aside for white actors because they look like America did then.

Creator Lin-Manuel Miranda explains “our cast looks like America looks now, and that’s intentional”. There is no longer room or justification for the ‘historical inaccuracy’ argument used to silence pleas for Black representation when looking into racial inequality in the entertainment industry. We need to diversify and expand the theatre world, Broadway and beyond. We need to amplify and provide a platform and stage for these talented actors who have been pushed into a box and told to stay there: Hamilton opens the lid to exit that box.

The actors seen in the original Broadway cast on Disney+ are no exception, they deliver outstanding performances. Phillipa Soo and Daveed Diggs particularly shone for me in their roles, immediately drawing my attention whenever they were onstage. Kail’s directing is simply beautiful, he ensures that you are given a full view of the show from the best seat in the house (or rather, your house). His direction captures the essence and mise-en-scene of the production whilst simultaneously providing a more intimate experience as the camera closes in on characters to amplify the depth of their emotional intensity.

However, I believe Hamilton does something that is not done often enough in entertainment by presenting a re-representation of the history traditionally taught in the white period drama form. It refreshes the theatre world we know today with its hip-hop influenced sound and racially diverse cast. Admiring the art and talent of the actors, of Lin Manuel Miranda’s writing, or of the production as a whole does not have to equate to admiring the figures represented. 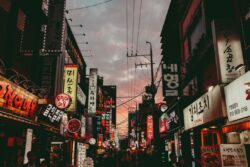