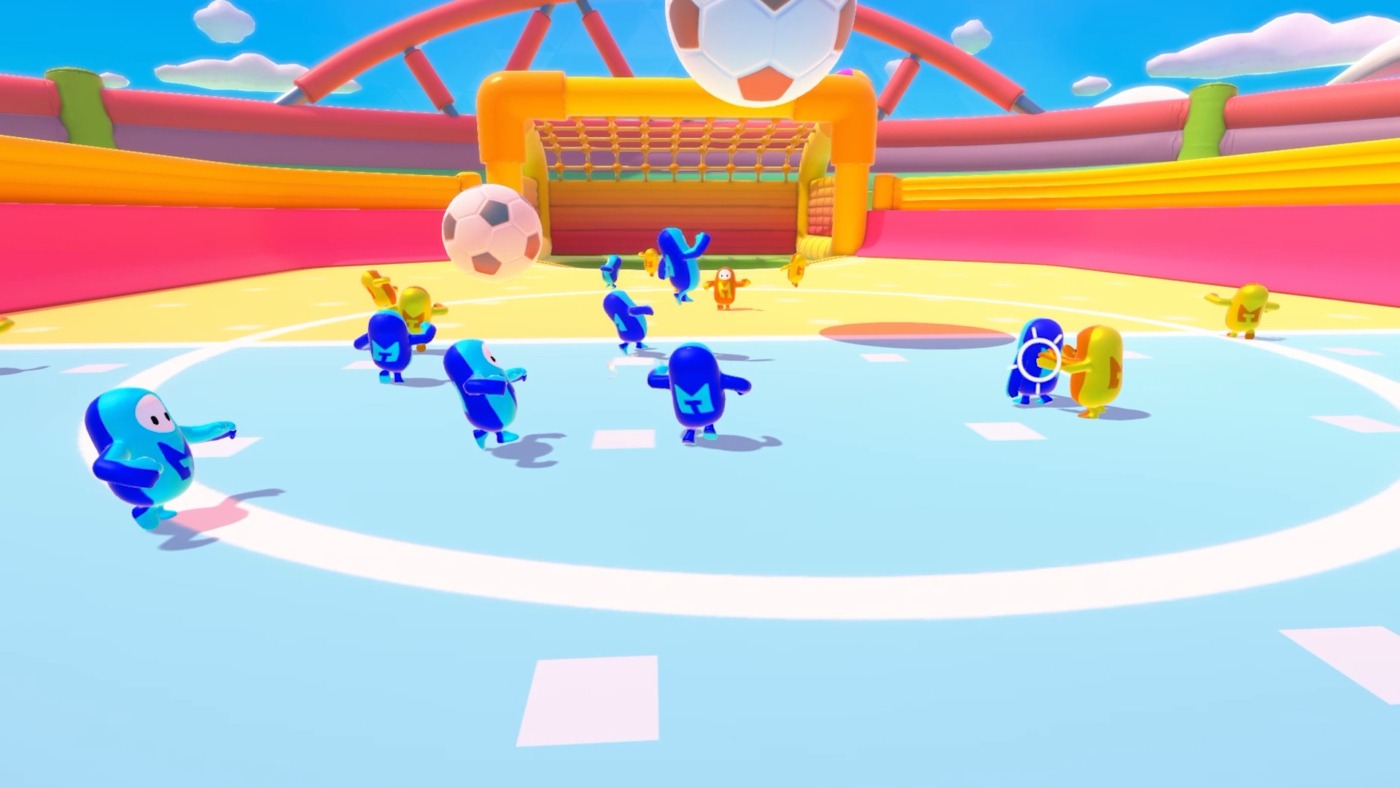 It’s hard to know where to start with Fall Guys. On the one hand, it can be described as a simple online multiplayer game where you play as a jellybean character in a game show, racing others through a series of arenas. But the game is so much more than that. Developed by British outfit Mediatonic, Fall Guys taps into the human instinct of self-interest and it works perfectly.

Each lobby starts with sixty players who must get through four qualification ‘episodes’ to make it to the final, where the remaining players vie for the golden crown. Over the course of the four rounds, players get eliminated until there is only a small number left. Each round is a random mini-game ranging from races, survival, and teamwork challenges. By my estimate, there are about twenty games available as of launch, which isn’t a lot, and one can get tired of them quite quickly. However, the game is positioned with a seasonal update cycle, so I have no doubt that more game modes are on their way soon, as was the case with Jump Showdown.

I absolutely hate the team challenges

My favourite would have to be the race modes, which are always frantic and make you despise your fellow beans. Dizzy Heights is probably the best of the bunch (mostly because I’m good at it, and it always knocks off noobs) where players race to the finish line by getting through spinning obstacles.

I do, however, absolutely hate the team challenges. It genuinely feels like a game of chance if you’re going to win or lose a team round, since it’s completely based on how competent your randomly selected team is: nothing you can do really changes the outcome. I have won many team games putting in absolutely no effort at all and lost many more working my absolute hardest. You just have no control. Unless Mediatonic builds a skill-based matchmaking system (which I strongly doubt they will, given the amount of work that is for such a small team), the team challenges need to go, though I concede that they add variety to the list of games.

But back to positives: and there are a lot of them. The game requires a surprising amount of tactical thinking despite its simplicity. Take the game mode Door Dash, for example. The objective is simple: get through the doors and make it to the finish line, all while watching out for fake doors that don’t open. Sounds easy? Well there’s a lot more to it than that. Do I run straight forward and try my luck getting through the doors ahead of others, or do I step back and let others make the sacrifice of trial and error at the doors?

Nearly all the game modes require some level of implicit thinking, adding a surprising level of depth to the game. Other little things include the soundtrack, which is a collection of catchy electronic beats, the character animations throughout the game’s interface, and, while not technically part of the game, one of the best community management teams in the business.

Fall Guys has been a surprise success for everyone, and Mediatonic absolutely deserves all the praise they are receiving

As you complete rounds and win games, you are awarded in-game currency which can be used to purchase cosmetic items for your bean. As with most modern games these days, Fall Guys has a ‘live service’ model, meaning that items refresh every twenty-four hours. If you are short on currency, in-game purchases are available for a top-up, and some skins are locked as paid DLC. Now I don’t care for cosmetic items in video games, but it is a big element in this game and it’s constantly being promoted in the game’s social media accounts. Given that a large proportion of the current player-base likely downloaded the game free of charge through PlayStation Plus, I’m okay with microtransactions for this cohort. PC players, however, who paid £15.99 for Fall Guys, deserve better. Hopefully, Mediatonic will create better value for those players through free updates for a long time.

Finally, I need to talk about the elephant in the room: server outages. Since its launch, the game has been plagued with matchmaking issues, with frequent maintenance periods as engineers frantically try to meet the unexpected demand due to the success of the game. But I am willing to give Mediatonic some leeway, given that it’s an indie dev who likely did not anticipate the level of success the game would achieve at launch. These issues are hopefully a thing of the past now, although I still experience some disconnects.

Fall Guys has been a surprise success for everyone, and Mediatonic absolutely deserves all the praise they are receiving. It is a fantastic game that has been marketed exceptionally well by its social media and community team. AAA publishers should take notes. Nearly every YouTuber and Twitch streamer I follow is playing this game, despite how little there is to do in the game, which I think is a testament to simplicity sometimes is better. If you’re on PlayStation, there is absolutely no reason why you shouldn’t give it a try right now while it’s free, and PC players would do well in supporting an up-and-coming British developer in an industry dominated by American and Japanese titles.