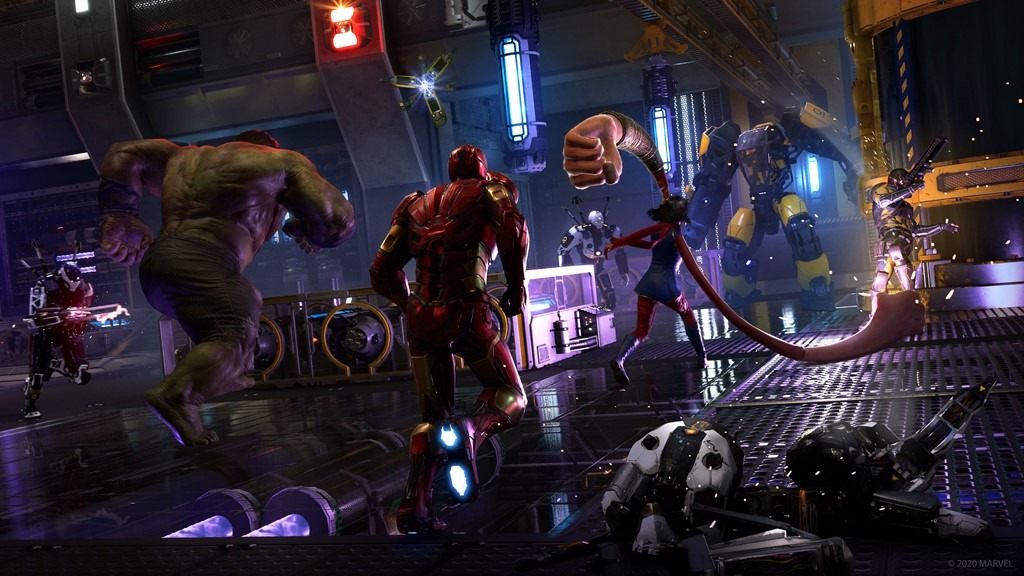 Everything you need to know about the ‘Marvel’s Avengers’ beta

Having seen the whole debacle that came from both the news of Spider-Man’s exclusivity to the PS4 version of Marvel’s Avengers, and Virgin Media’s announcement that fans could represent their undying love for the company with the skins coming out for each member of the Avengers, I had expectations that were rock-bottom for this game. My expectations were not helped at all by the first couple of missions in this game.

Trudging around as The Hulk and Ms Marvel looking for Jarvis, the second mission felt incredibly long. It was not helped by the fact that the environments were not fun at all to navigate as The Hulk. Everyone who I have talked to about this mission has vented the same frustration, and I nearly wrote the entire game off after finishing it.

The presentation for this game; the poor storytelling, the tragic voice-acting quality, the cluttered menus, the lack of clear waypoints, the limited indication to the location of my teammates, and the fact I get told whether my companions have levelled up, but not if they’re doing special moves, are just some of the problems I’ve experienced. These may seem small, but combined, they sum up one of the most infuriating gaming experiences that I’ve had in a very long time.

These issues very much come to a head in the second mission, however, the third mission gives a more open map for co-op gameplay to start taking focus. I’m not the biggest fan of multiplayer games, but I had a great time during the co-op gameplay of jumping into a Hulkbuster to take down robots while watching Hulk thunder-clap another group of enemy robots as if it’s the end of Age Of Ultron.

My prediction is that it will probably be better (and cheaper!) in a year’s time once the initial mistakes are ironed out

The third and fourth missions are short and very, very sweet; something which continues on when you are finally let loose into a group of missions, allowing you to play co-op focused Destiny-esque missions with friends. The gameplay is never much more than going to an area and fighting whatever enemies appear, but it is quite satisfying at its best.

All the heroes are fun in their own way to fight with, however, the navigation around areas feels clunky. Jumping about with Hulk feels slower than it should, along with Iron Man’s flying. Black Widow’s grapple and Ms Marvel’s stretchy arms also feel more limited than they should.

Here comes the big question with the impressions of any demo. Is the game worth buying at launch? The answer is quite simple – no.

Betas these days seem to be less about testing aspects of the game and more about being timed marketing tools. While the beta certainly had fun gameplay loops, the presentation is still ridiculously bad.

Being a planned live-service game, there is bound to be some very suspect monetisation. Any game which has the gall to claim there are such things as ‘Virgin Media fans’ is obviously trying its very best from the earliest possible moment to monetise as many aspects of its game as it can.

Knowing what the AAA games industry is like with game launches these days, there also seems to be no point in buying this game at launch. Expect the game to feel incomplete or buggy at launch. This may seem to be a harsh judgment, but the longer you read into how the AAA games industry treats its customers, the more you realise that it is seemingly standard practice to expect full price for an unfinished product. See Fallout 76, Assassin’s Creed Unity, Star Wars Battlefront II and No Man’s Sky for reference.

My prediction is that it will probably be better (and cheaper!) in a year’s time once the initial mistakes are ironed out. If this game has a fully smooth launch without controversy, given the current state of its presentation and monetisation, I will be the first to hold my hands up and say I was wrong to so quickly judge the entire AAA games industry. Experience tells me this outcome will be unlikely. However, for now, the beta should tell you that the game may very well be worth recommending this time next year!