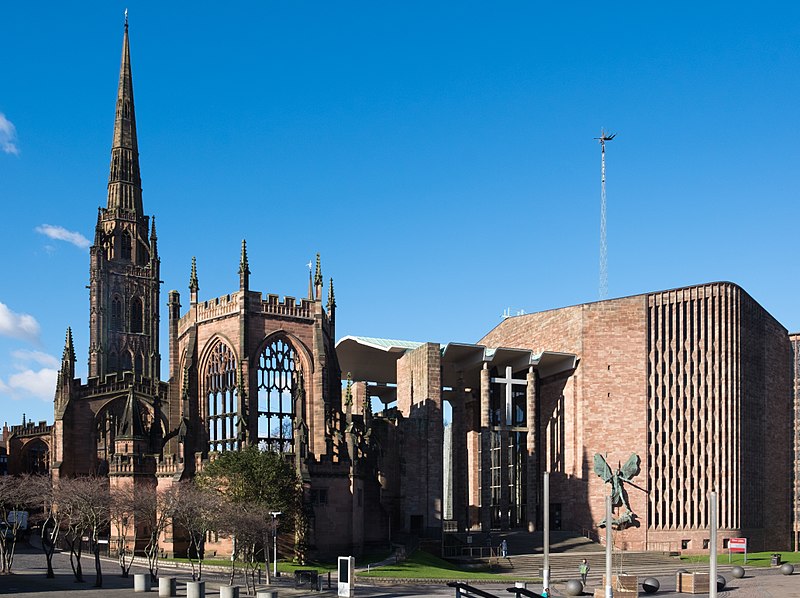 Donations from local businesses and charities have enabled Coventry Foodbank to avert a double crisis of reduced donations and soaring demand during the coronavirus lockdown.

Approximately 90% of its food donations came from the general public before the pandemic, but the lockdown’s financial disruption meant many individuals and households could no longer donate.

Local businesses and charities have stepped in, supplying enormous quantities of food and providing Coventry Foodbank with more stock than usual for this time of the year.

“The community across the city has been nothing short of amazing in the way they’ve got involved with food donations,” said Coventry Foodbank’s manager, Hugh McNeil.

“Over the last three months about 130 tons of food has come in. Compare that to what we would normally get – somewhere in the region of 65 tons in that three-month period.

“The supermarkets in particular – ASDA, Morrisons and Tesco have been incredible. They’ve weighed in and given us bulk donations.”

During the summer months, the food bank’s warehouse would usually be around two-thirds empty, but currently sits at near full capacity as businesses and community groups have beaten all expectations to meet the call for donations.

McNeil said: “We’d probably be getting down to maybe 20 tons, which is quite low for us, but that’s been turned on its head because of COVID-19, so the response has been pretty formidable.

The extra donations have been essential for the food bank to meet the additional demand placed on its already strained services. Redundancies and furloughs have hit household finances, forcing a growing number of Coventry families to turn to food banks for assistance.

McNeil estimates that since 16 March, over 15,000 people have been fed in Coventry by the food bank and other food distribution services.

We see ourselves in a position where we are going to be called upon again. This wave of increased use of food banks is really only the beginning

Many of these families are coming to the food bank for the first time. Although the government’s furlough scheme guarantees furloughed employees up to 80% of their wages (up to a maximum of £2,500 a month), for low-income families with little savings, this is not always enough to live on.

“They don’t have the money they would usually have to spend on food,” McNeil added.

“They’re paying all their bills to make sure that they’re staying safe, and have a roof over their heads, but it’s leaving them with absolutely no money to spend on food.”

The end of the furlough scheme in September threatens greater financial disruption and demand for Coventry Foodbank’s services.

“We see ourselves in a position where we are going to be called upon again. This wave of increased use of food banks is really only the beginning.”