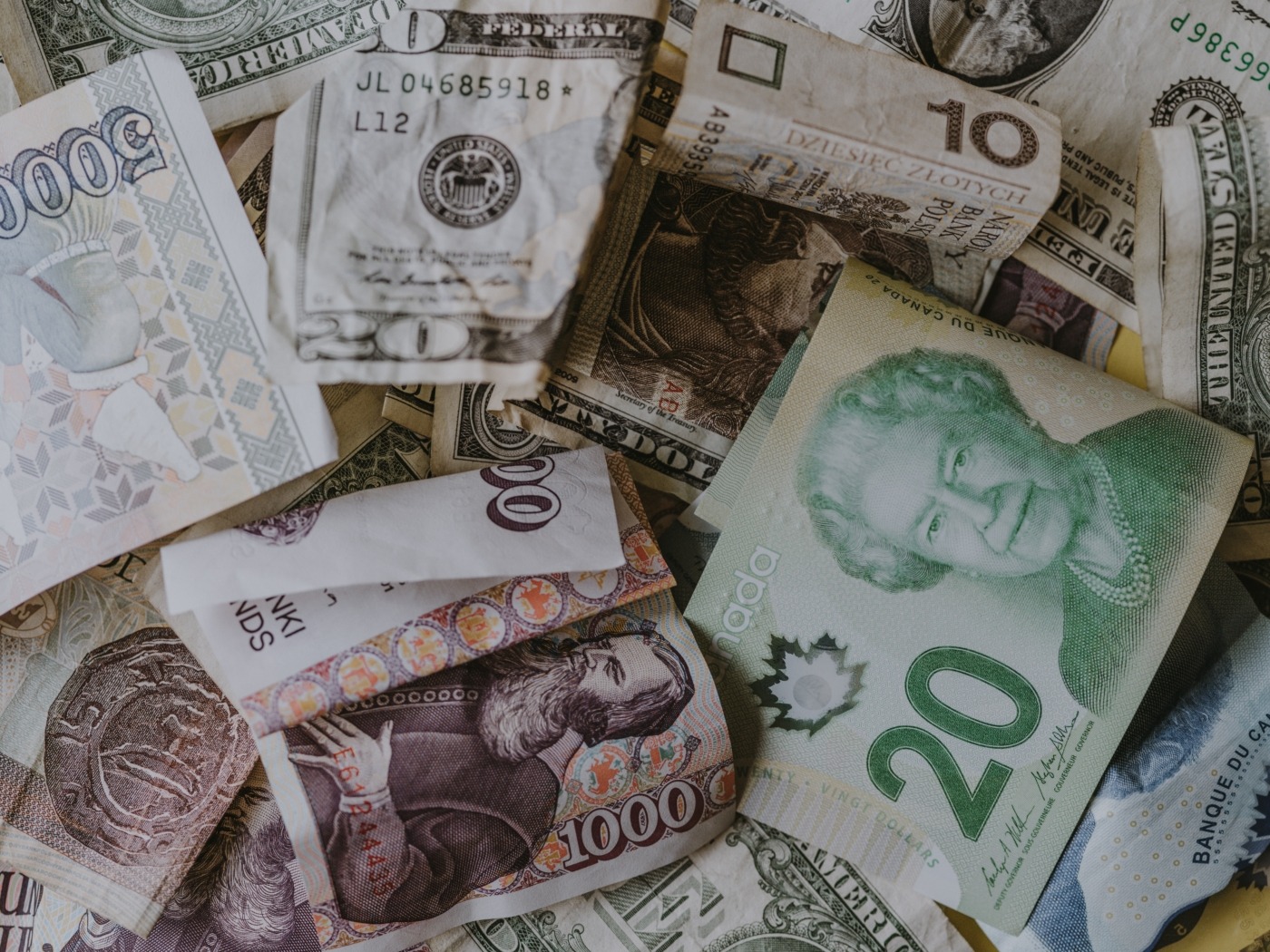 As millions are out of work and the UK economy hits its deepest recession on record, tech titans have seen their wealth skyrocket. For the first time since the General Election in December, when their right to exist was last debated, the spotlight is back on billionaires, as it emerges that many have profited from the global coronavirus pandemic.

During a crisis which has upended our usual way of life, it is high time to scrutinise the super-rich as we envision what a fairer, post-pandemic society will look like.

With people stuck at home during worldwide lockdowns, eCommerce and social media platforms have thrived. These self-same networks have spread information of the obscene profits made by the world’s super-rich, notably centi-billionaires Jeff Bezos, Bill Gates and Mark Zuckerberg. An Institute for Policy Studies analysis has shown that, during the period 18 March to 17 June, the net worth of 643 US billionaires has grown from $2.9 trillion to $3.5 trillion. This amounts to the entire wealth of the US’s 59 million Latinx population and three-quarters of all Black wealth. Meanwhile 45 million Americans have filed for unemployment during the period. Plus, Jeff Bezos added a record $13 billion to his fortune in a single day. As with the 2008 Financial Crisis, this economic recession has served to exacerbate existing inequalities, with ethnic minorities hit hardest.

But what about the situation over here – how have UK billionaires fared?

On the face of it, UK billionaires appear to have suffered like the rest of us. The Sunday Times Rich List reveals that the wealth of the richest 1,000 plummeted in the first two months of the UK lockdown, with some losing up to £6 billion since last year. Inventor and industrial designer Sir James Dyson bucked the trend, topping the rich list for the first time. He has seen his wealth climb by £3.6 billion over the past year.

20 of the UK’s billionaires have sought to make use of the government’s furlough scheme which pays staff up to 80% of their salaries to the tune of up to £2,500 per month during the crisis.

Given that, six months ago, property was the biggest source of wealth for UK billionaires, it is not surprising that property tycoon fortunes took a hit as house prices hit the floor during lockdown. Yet the sudden uptick in house prices in July suggests that the housing market will bounce back, no doubt spurred by the government’s suspension of stamp duty on property sales of up to £500,000. Wealthy investors made their fortune by investing in the property market on the cheap a decade ago and have reaped the spoils from house price inflation over the past decade. The rich may well apply the same strategy this time round in order to rebuild their fortunes post-corona. Unfortunately, the pandemic fallout is likely to deepen inequality of access to housing, since the house price-to-income level will remain broadly the same. This will keep homes out of reach for first-time buyers without deposits already in place. Not to mention the looming threat of 230,000 people losing their homes in a few short weeks – the ban on evictions is set to be lifted on 20 September.

Meanwhile, 20 of the UK’s billionaires have sought to make use of the government’s furlough scheme which pays staff up to 80% of their salaries to the tune of up to £2,500 per month during the crisis. This move has come under fire from those questioning why they should draw on taxpayer money rather than dipping into their deep pockets. In March, celebrity billionaire Sir Richard Branson suggested that employees take eight weeks unpaid leave during the pandemic, an idea which received fierce backlash from both Conservative and Labour MPs in parliament. It seemed to indicate just how out-of-touch the elite are from the average citizen in a country where plenty struggle to make ends meet: 14 million people still live below the poverty line, 4.6 million of whom are children.

Establishment figures have often praised the super-rich as ‘wealth-creators.’

Indeed, private business and market competition have brought fantastic prosperity to developed capitalist nations. Yet, as checks on the market have been increasingly relaxed in line with neoliberal ideology, monopolies have quashed competition and inequalities have snowballed. This means the vast majority are excluded from gaining a piece of the pie. In December 2019, the Equality Trust found that the UK’s five richest families are wealthier than the bottom 13 million people, and that average wages have stagnated. This rapidly widening gulf indicates that profit motive simply does not meet people’s needs.

The problem lies in the hoarding of wealth at the top. The world’s richest person, Amazon boss Jeff Bezos, founded his business model on undercutting other companies in order to obtain a greater market share. In 2018, Bezos announced that the minimum wage for Amazon employees is greater than what 40 million Americans earn at $15 an hour versus the US federal minimum wage of $7.25 an hour.

So, the lowest-paid, full-time worker earns $31,200 a year. Not to be sneezed at, right? This salary becomes less impressive when you calculate that it would take one such employee 6.28 million years to accrue Bezos’ net worth of $196,000,000,000. It testifies how billionaires’ vast empires are built on wealth extraction, where employee labour is not valued fairly.

Bezos’ donation to Feeding America, the food bank charity, made headlines and is vital during this crisis, but it only amounts to 0.1% of his estimated fortune

Across the pond, the influence of billionaires is deeply anti-democratic. Approximately a third of the UK’s richest 151 people have donated almost £52 million to the Conservatives, an investment which pays off. After donating $1.28 million to Johnson’s campaign, financier Peter Hargreaves saw an estimated $118 million increase in his net worth following the election result. With politicians in their pockets, no wonder the super-rich are lionised as ‘wealth creators.’

But what about billionaire benevolence? Surely, they pay their profits back in kind in the form of philanthropic efforts? Not so.

For instance, Bezos’ donation to Feeding America, the food bank charity, made headlines and is vital during this crisis, but it only amounts to 0.1% of his estimated fortune.

Then there’s the Giving Pledge. Set up by Bill Gates and Warren Buffett in 2010, it has since been signed by 204 billionaires agreeing to give away half of their wealth. Yet from March to July 2020, the 100 US billionaires who signed up have seen their wealth explode by $214bn – an increase of 28% in just four months.

Plus, the majority of US billionaires’ donations are funnelled into private foundations. The taxpayer subsidises these donations at 74¢ per dollar donated, because this form of charitable giving acts as a tax-advantaged intermediary. There is an estimated $1.2 trillion stored in private foundations and a further $120bn in donor-advised funds. Donors to the latter are never required to ‘pay out’ assets to active charities and can keep them in the family for generations. This shows how their charitable giving weighs on the public purse and needs to be democratised.

Far from launching personal attacks on a privileged elite who may or may not mean well, we must critique a system that allows such wealth to be concentrated in so few hands in the first place.

The other chief defence of billionaires claims that too much government involvement and high taxes on the rich hamper innovation. Yet, of the top 88 US innovations rated by R&D Magazine as the most important between 1971 and 2006, economists Fred Block and Matthew Keller found that 77 benefited from hefty federal research funding, particularly in early stage development. While the right has lambasted its involvement over the past few decades, the public sector has played an expanding role in innovation along the same timeline. An unchecked market does not lend itself to cutting edge research. A prime example is Big Pharma’s patenting of generic drugs: prices are upped to make them inaccessible, which ultimately puts lives at risk.

It is deluded to suggest that earning one billion in any given currency acts an efficient motivator. It would take you 12 days to count to one million, but 32 years to count to one billion. The human mind cannot contemplate such a vast figure, so the hoarding of more money than you could never spend is deeply unfair.

So, what should be done? Thankfully, it is becoming less of a radical idea to say that the phenomenon of uncountable wealth must be taxed out of existence. A YouGov poll in mid-May suggested that 61% of Britons backed a wealth tax on those with a net worth of over £750,000. In the wake of worldwide protests for the Black Lives Matter movement, people are increasingly questioning long-standing inequalities – we would like to have our say in what becomes the ‘new normal’ post-pandemic and our voices will not find representation in billionaires who act as unelected politicians. The first step is to enact London School of Economics recommendations to progressively tax the net worth of the top 1% in order to kickstart the economy post-pandemic and begin the path towards redistributing wealth more fairly.

Lockdown has seen unprecedented social welfare measures implemented by the Chancellor Rishi Sunak under the Conservatives, such as furlough schemes and state-backed loans. These offer new hope that the new normal will mean new ways of tackling society’s underlying issues. The government must now raise taxes on the wealthy if it is serious about equality of opportunity for all.