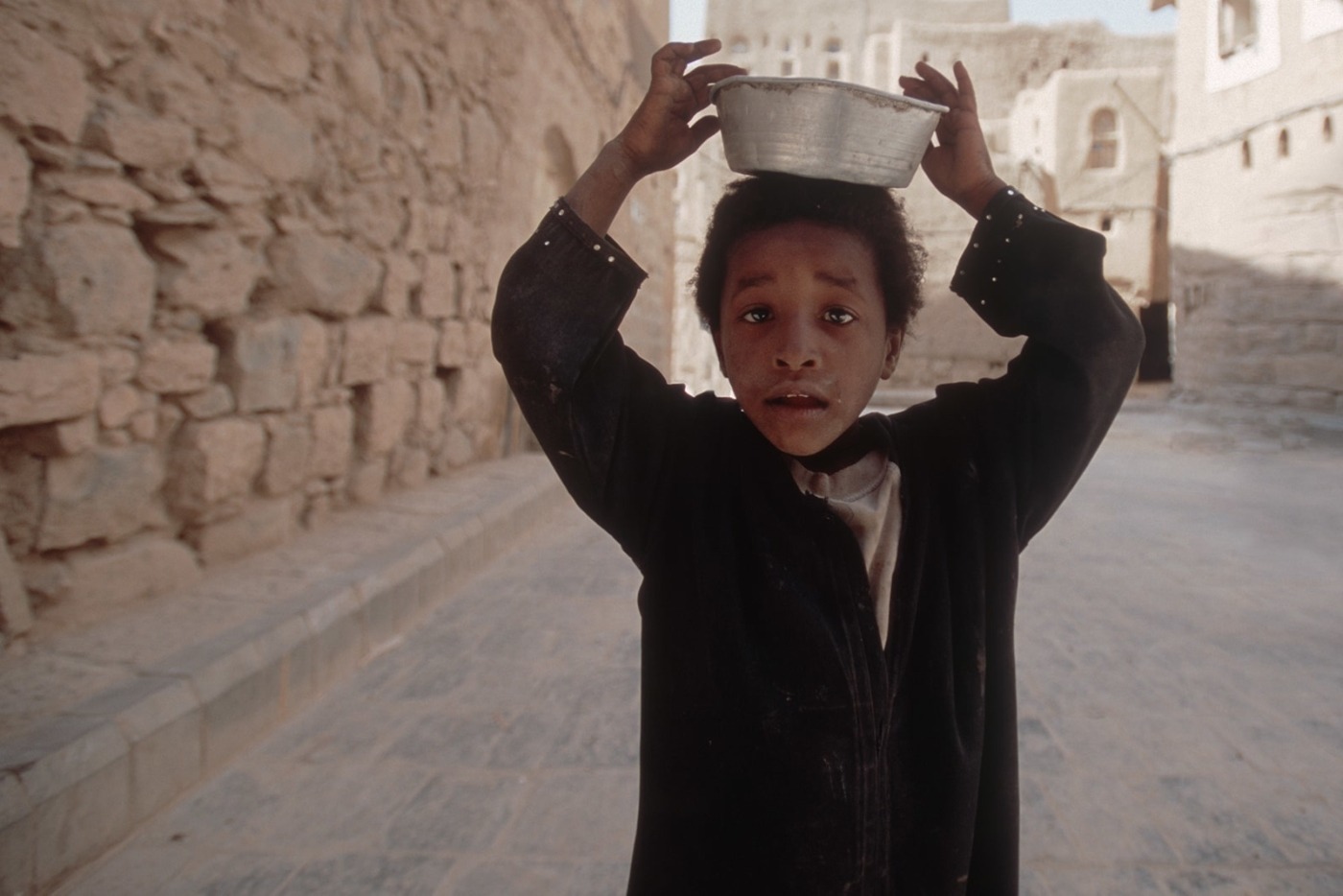 As the world wrestles with a global pandemic, it’s very easy for other news items, to bypass our attention completely. For example, as of May, the country of Hungary is no longer a democracy and Hong Kong is still struggling to maintain political autonomy from China. However, one ongoing conflict which has faded into the background is the Yemen crisis, which has left over 24 million people in need of assistance.

It is being called “the largest humanitarian crisis in the world”, and 2020 marks almost a decade of struggle for the country. Around 80% of the country’s population need help right now and Covid-19 is hitting Yemen hard: both sanitation and clean water are in short supply with many health facilities lacking even basic equipment, such as masks and gloves, to deal with the pandemic. With only half of health facilities functioning, an estimated 19.7 million lack access to basic healthcare- and this was before the emergence of the novel coronavirus.

It is being called the largest humanitarian crisis in the world.

The situation in Yemen can be difficult to comprehend: here’s the simplest explanation.

A series of uprisings, known as the Arab Spring, occurred in 2011 and forced out Yemen’s authoritarian president Ali Abdullah Saleh. Power was handed over to his deputy Abdrabbuh Mansour Hadi, who struggled to deal with militant attacks, corruption, and food insecurity within the country. A rebel movement forced Hadi into exile abroad in 2014, after taking advantage of his weakness as a president, and seized control of Saada (a province) and Sanaa (the capital).

This group were called Houthi Shia Muslim, which was originally formed in the 1990s out of opposition to the former president Ali Abdullah Saleh. They criticised him for financial corruption and for being backed by Saudi Arabia and the United States at the expense of the Yemen people. However, they later reconciled with the former president to take control of the capital, Sanaa, and to force the current president, Hadi, into exile.

Conflict in Yemen began to escalate in 2015 when Saudi Arabia and eight other states, (backed by the United Kingdom, United States, and France), began air strikes against the Houthis. Their goal was to restore Hadi’s government. Additionally, these states strongly believe that Iran is supporting the Houthis and supplies them with weapons, although Iran denies this claim.

Conflict in Yemen began to escalate in 2015 when Saudi Arabia and eight other states began air strikes against the Houthis. Their goal was to restore Hadi’s government.

However, infighting has caused problems on both sides. In 2017, the Houthis broke their alliance with former president Saleh and he was killed by Houthi fighters. Meanwhile, there’s division on the anti-Houthi side with militias seeking independence for Southern Yemen, (Houthi mostly holds power in the North), while other groups oppose this idea. Ultimately, both sides have been at a stalemate for four years and this has pushed Yemen into crisis.

While Saudi Arabia announced a unilateral ceasefire due to the coronavirus, the Houthis rejected it.

So far, over 7000 deaths of civilians have been verified by the United Nations and most were caused by coalition air strikes. However, other groups believe that fatalities are much higher: perhaps as high as 100,000 deaths with 12,000 being civilians. Even more deaths have been caused by preventable causes, such as disease and malnutrition. Currently, it is estimated that 85,000 children under five with severe acute malnutrition died between April 2015 and October 2018. That’s the equivalent of every single pupil at 30 UK primary schools dying of malnutrition every year for three years, which would definitely be headline news.

It is estimated that 85,000 children under five with severe acute malnutrition died between April 2015 and October 2018.

On a day-to-day basis, people are suffering. Most families can’t afford fruit and vegetables regularly, they have become a luxury that can only be bought once a month- they survive on rice and bread. Yemenis rely on imports, as the country produces little food itself, but international funding is becoming less and less every year.

Civilians, including children, are wildly malnourished, which can lead to all kinds of complications if starvation doesn’t kill them first. Clinics can no longer provide vaccinations, so people become very ill with preventable diseases like measles, diphtheria, and chicken pox. Even if there was adequate medical equipment, there’s nowhere near enough doctors and nurses to administer treatments anyway. Yemen is collapsing- and people are dying.

So, why haven’t we heard about it?

Almost annually, an article will be put out, (by popular news sources as well as humanitarian groups), asking why nobody cares about Yemen. There’s a lot of speculation about it.

Perhaps it’s because Yemen seems marginalised and distant, almost fictional to us- in popular sitcom Friends, character Joey jokes “Yemen, that actually sounds like a real country” and cue laughter track. To put it simply, Yemen doesn’t have the same cultural standing as other countries in the Arabian Peninsula, (such as Egypt), and the country is widely ignored. The country is isolated and has had little contact with the West, so it’s easy to turn a blind eye to the civil war. On the other hand, perhaps it’s because the situation in Yemen is so complicated. It’s hard to empathise with a conflict you don’t understand- although the conflicts on campus this year between Hong Kong and China, Palestine and Israel, show that students are more than capable of forming an opinion on complicated matters.

The country is isolated and has had little contact with the West, so it is easy to turn a blind eye to the conflict.

Additionally, the UK does have a role in the crisis. The Saudi-led coalition have carried out attacks on civilian targets, according to UN experts, and the UK makes billions selling arms to Saudi Arabia. This is despite the fact that a court of appeal has declared these sales unlawful- the UK government is not allowed to deal with countries who violate human rights. While the media is independent of the government, the UK’s role in this conflict may affect reporting on it.

Instead, the media tends to cover conflicts in Syria and Iran, largely regarding how it affects the West. That’s because these regional troubles are more likely to impact the UK directly, through refugees and extremist attacks. On the other hand, media coverage of Yemen peaked at only 3.3% (all languages) when the Saudi-led coalition began airstrikes in 2015.

Likely, all of the factors listed play a role and even interact with each other. Especially as the world struggles with coronavirus and the ongoing consequences, it’s easy to see how a regional conflict in a small, unremarkable country could fly under the radar. After nearly a full decade of deaths and little attention, Yemen is being buried by other international news.

As the world struggles with coronavirus and the ongoing consequences, its easy to see how a regional conflict in a small, unremarkable country could fly under the radar.

What can we actually do to help Yemen?

There are several aid groups, who are helping Yemenis survive the world’s largest humanitarian crisis. For example, MonaRelief and Yemen Hope And Relief are humanitarians who live and work in Yemen. The former uses donations to buy food from local vendors and create ‘baskets’ of food to give to struggling families while the latter rescues children suffering from severe malnutrition, housing families while their children are treated at nutrition clinics.

Although short-term aid is necessary in saving hundreds of lives, it’s also important to consider how the UK, France, and US have contributed to putting Yemen in this position. It is important that awareness of this issue is raised and that the government is held accountable for its role in the Yemen crisis. 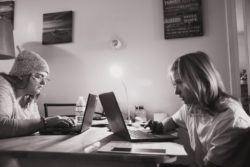