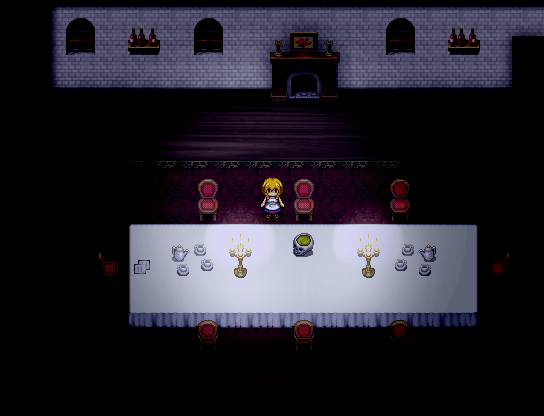 It’s not often that a genre of games is classified entirely by the engine that was used to make them. You would never hear any games referred to as part of the ‘Unreal Engine 4 genre’, nor do games using that engine have their own themes or traditions. RPG Maker horror games were unique in that they were all made on the same engine, RPG Maker, but also existed as their own sub-genre of horror. These games have since paved the way for contemporary indie horror games.

The RPG Maker engine was used for both fan-made free games and developer-led, profit driven titles, forming a cornerstone of indie horror games during the early 2000s. Many of these games are now widely recognised as cult classics: Misao, Ib, The Crooked Man, Mad Father, The Witch’s House, Yume Nikki, and Corpse Party just to name a few.

Some went on to span their own franchises or even a handful of fan-made games, while others are still going through remakes for modern audiences. The genre hasn’t completely disappeared, although it has decreased in popularity in recent years, and most RPG Maker games are now regarded with much nostalgia.

Often, RPG Maker games were Japanese in origin and later translated into English, although this wasn’t always the case. The art style was always the same: 2D flat square rooms with simple characters made of pixels. Puzzle-solving was the major gameplay element of RPG Maker games, with the player being able to interact with objects and other people to solve these puzzles. While some of these puzzles may seem simple now, they’re still very enjoyable and can still challenge the player.

What these games did so well was creating a horror experience without relying on cheap jump scares or vividly realistic effects to shock you. Instead, RPGs were successful in creating tension by plunging characters into unfamiliar environments and providing a growing sense of dread through their atmospheric soundtracks.

Relying on traditions of Japanese horror, many of these games were scary because they removed the sense of safety. In the real world, there is nothing unsettling about an art gallery, but in games like Ib, the artworks being very much alive and out to get you makes them feel much more dangerous.

Even if these games don’t regain the same popularity that they once had, the impact that they’ve had on the horror genre overall cannot be denied

Perhaps the most important aspect of RPG Maker horror were the stories that they told. These games rely more on their stories – often harrowing – to impact you psychologically, leaving you thinking long after the credits roll. While many aspects of the supernatural are used in these games, the real horror came from human actions. Often, it was revealed that characters thought to be trustworthy had committed unforgivable crimes. The story of Yume Nikki was left so open-ended that it has led to a decade of debate over what the true meaning of the story is. The stories would often contain huge twists that left players shocked (notably The Witch’s House), and these have remained part of their legacy.

There are still promising games emerging from the RPG Maker engine, even if there are far fewer than there were in the past. Project Kat’s demo, seemingly inspired by Corpse Party, embraced many aspects of the genre and was well-received by RPG fans. Although it is still in development, it has the potential to rejuvenate the indie horror genre. Similarly, Grimm’s Hollow was released last year and received positive reviews. Despite RPG Maker horror games declining in popularity in recent years, they could make a return to the mainstream.

While the success of RPG Maker horror in the past is obvious, the genre hasn’t simply faded into obscurity. Instead, many of its strengths have been incorporated into modern indie horror games: atmospheric soundtracks, emotional storytelling, and simple yet endearing graphics. Even if these games don’t regain the same popularity that they once had, the impact that they’ve had on the horror genre overall cannot be denied.

Gallery image with caption: What happened to: ‘Crusader Kings’?

Gallery image with caption: What happened to: ‘Just Dance’?

Gallery image with caption: What happened to: ‘Nintendogs’?