Were the Windrush generation failed by the government?

The river Thames makes a loop southwards and its width narrows to 730m. Here, on a mist-filled morning in June 1948, 40km downstream from London bridge lies Port Tilbury, the SS Empire Windrush sailed in to dock. 492 people from the West Indies were on board, coming to England from the Commonwealth to work. Britain wanted these workers to help rebuild after the war so an advert spread across the Caribbean: ‘Come to Britain’. Under the Nationality Act in 1948, all Commonwealth citizens were British citizens.

The Windrush Generation refers to this group. Caribbean immigrants who arrived legally in the UK from 1948-1973 to work and start life in Britain. The Windrush scandal became prominent in national headlines back in 2018, when a meeting at the Jamaican High Commission in London demanded that ministers resolve the sudden ‘illegal immigrant status’ of those Caribbean people who had been in the UK for decades.

They were denied access to healthcare and evicted from rented property because they had to prove citizenship. Glenda Ceasar, for example, was sacked from her role as a GP office administrator in 2009 despite arriving in the UK with her parents age 6.

Theresa May, (in charge of the Home Office at the time), told The Telegraph in 2012 that her aim was: “to create here in Britain a really hostile environment for illegal migration.”

Many of those affected had arrived as minors with their parents and never applied for UK passports. In 1971, the Immigration Act had restricted future immigration, whilst all Commonwealth citizens in the UK were given indefinite leave to remain. The catch: the Home Office did not keep any paperwork or record of who had been granted citizenship. These people were caught up in May’s ‘hostile environment’.

The House of Commons Home Affairs Committee stated that the ‘hostile environment’ described by May includes “measures to limit access to work, housing, health care and bank accounts”.  The policy aimed to make the UK as unattractive as possible to migrants who might be thinking of coming to the UK illegally. However, it penalised those who had every right to be in the UK but didn’t have the paperwork to prove it.

In the case of Windrush, people had treated the UK as ‘theirs’ for multiple decades only to be told they had no right to be there

Above all, it was an incorrect assumption that anybody in the UK without documentation to prove it must be here unlawfully.

The independent review of the scandal found it “a profound institutional failure” with ignorance at the heart of multiple mistakes going all the way back to the 1970s made by the Home Office and their disregard for groups of people living in the UK.

Over the decades, the Home Office legislation made it progressively more difficult to access services and for the Windrush generation to prove their legal status here. The government compounded the problem further by doing too little to inform those who might be affected by changes in legislation. They were also ambiguous about the paperwork and documents that would be needed to be provided. Withdrawing of legal aid, expensive application fees to remain, an apparent disconnect from policy making and implementation, combined with social and political pressures in the Home Office to reduce immigration and achieve deportation targets led to the Windrush generation being adversely affected.

The Windrush scandal is a failure from the home office. It meant those who arrived in the UK from the West Indies from the Commonwealth were disproportionately affected by immigration laws. It suggests that, despite travelling to another country via legal immigration, to belong you must be born here.

In the case of Windrush, people had treated the UK as ‘theirs’ for multiple decades- gone to school, married, had families, paid taxes, used the NHS-  only to be told they had no right to be there. Perhaps this makes the UK look less appealing to those who might be considering coming here, perhaps that is what the government wants.

This seems odd. The government has frequently called for highly skilled migrants. We want the best workers here in our economy. The long term consequences of this scandal, however, suggest inefficiency, oversight, ignorance and a lack of consideration from the Home Office. Britain appears closed off. It is not promising for those who might want to legally begin a life here and who Britain would benefit from having.

After all, the Windrush generation were legal too. 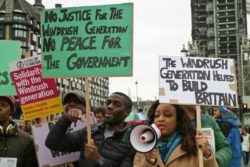 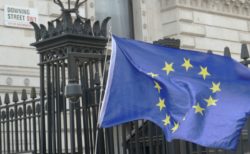 Will Brexit cause a culture-drain in the UK?