The unsustainable length of video games

I feel like this is one of those trick questions, like ‘how long is a piece of string?’. But let’s give it a shot, shall we?

In an interview with Venturebeat, Shawn Layden, former CEO of PlayStation, stated his belief that the current model of 50-60-hour games is an unsustainable one: both in terms of financial cost and overall product quality.

According to Layden: “The industry as a whole needs to sit back and think, ‘What are we building? What’s the audience expectation? What is the best way to get our stories across, to say what we need to say?’ That’s going to cause the industry to look at the kind of games we’re doing, where we go from there, and what we’re putting into them.”

This critical kind of thinking is refreshing and shows a desire to keep honing the craft of making games. In a world where Xbox and PlayStation are competing with console-exclusive games and heavyweight franchises such as Assassin’s Creed and Call of Duty, it’s nice to see someone focusing on a product that puts the consumer first, rather than something that will win the battle, and maybe even the war.

And it would be something that would be more sustainable. Sure, as Layden says, it would reduce costs, but it would also keep staff satisfaction and morale high. I think you all know which game I’m referring to here.

It only takes five seconds to find interviews and reports on the poor working conditions Naughty Dog staff faced when it came to The Last of Us Part II. The ‘need’ for AAA studios to produce games of epic lengths and quality leads to intense crunch for employees, and while the product may be good, a lot of bridges with staff will be burnt in the process and burnout will be high.

It is because of all these things that I’m thinking that shorter games might be a better idea. Having said that, I don’t want to say goodbye to longer games either.

With developers like Naughty Dog and Ubisoft producing amazing content for 50-60 hours of gameplay, imagine how more detailed and intricate it can be for 12-15

I am a SERIOUS Assassin’s Creed fan. Maybe because I’m a nerd for history and love going through the different time periods, but I also love the modern-day storyline, both the Desmond Miles saga and the current story with Layla Hassan. I’m slightly sceptical of the upcoming Valhalla game, but that’s more to do with my initial “Vikings? Really?” reaction rather than anything else.

The sandbox nature, rich storyline and endless missions give you tons of stuff to do – and with their recent addition of a level-dependent mission system introduced in Origins, it means that you are actually required to engage with all this content before you can finish the main story, and I love it.

Often, I finish the main story and find myself wanting more – and this is a good workaround that also allows for a more tailored gameplay experience. Want to go around hunting Templars (or members of whatever incarnation it has in the game)? Sure. Just want to ride a horse and pick fights with random guards for no reason? Go for it.

The day Assassin’s Creed ceases to exist is the day I burn my consoles – my raison d’être when it comes to gaming will be gone. However, I can see the dangers of the current model – it’s expensive, unsustainable, and dodgy on so many moral and ethical levels. I don’t see why the story can’t be finely tuned into a more compact tale with the same amazing landscapes and content, just shorter.

It will take some getting used to, but it would inevitably lead to a situation where both developers and consumers can be happy. With developers like Naughty Dog and Ubisoft producing amazing content for 50-60 hours of gameplay, imagine how more detailed and intricate it can be for 12-15. It’s just about striking a balance – and I hope we can figure it out. 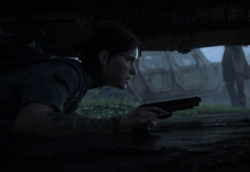