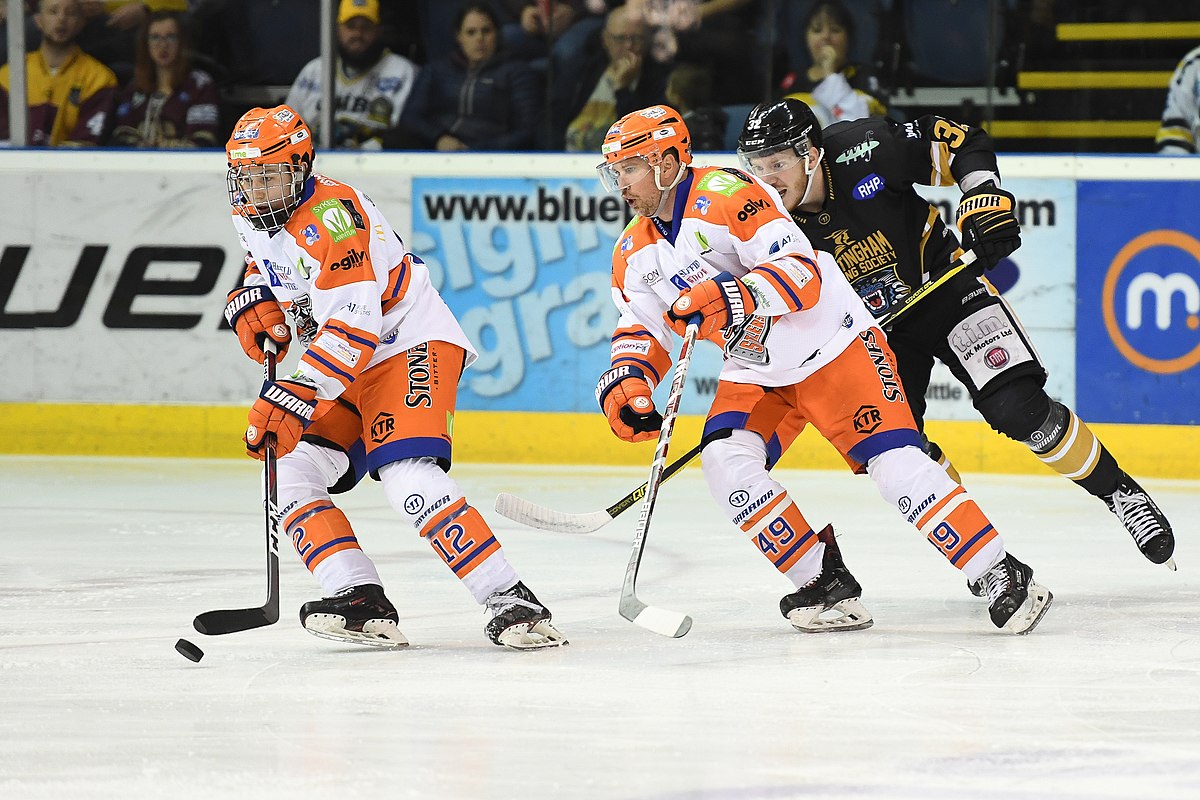 The future of the Elite Ice Hockey League remains relatively uncertain. EIHL bosses are yet to set a date for the league’s return, but despite mounting incertitude across the league, several clubs have already made a splash in the market.

Last season’s runners-up, the Sheffield Steelers have been by far the busiest franchise under lockdown. Led once again by American GM and head coach Aaron Fox, the Steelers have already unveiled 14 players from next year’s roster. Robert Dowd, David Philips, Jonathan Philips and Mar-Oliver Vallerand are among the 13 players that Fox decided to keep on his books.

Ben O’Connor’s departure raised eyebrows across the EIHL, but the Steelers made a smart signing in bringing Sam Jones to the club as his replacement. Jones, an offensive defenseman, is one of few players who can walk away from the Fife Flyers with any credit after the 2019/20 season. On O’Connor’s departure, a club statement read: “Unfortunately, terms couldn’t be agreed and we both decided to move on.”

It remains unclear where O’Connor – an integral part of Pete Russell’s Great Britain set-up – will land next. The Guildford Flames are reportedly an option, themselves having already made a strong start in comprising next season’s roster. The Flames have added Swedish netminder Kevin Lindskoug and Canadian defenseman Alex Yuil to their roster – both of whom will make their EIHL debut upon hockey’s return.

The same cannot be said of the Fife Flyers, Belfast Giants, Nottingham Panthers or Glasgow Clan. It speaks to the uncertainty that has engulfed British ice hockey that four EIHL clubs are yet to dip their toes into the market.

The Clan’s inactivity is a symptom of wider concerns in Glasgow. The Clan are tenants at intu’s Braehead Arena; it’s difficult to build a roster while administration proceedings are carried out against your landlords. The Flyers, Giants and Panthers should probably get their skates on, though.

The reigning champions have retained five players from last season’s roster. While Sam Jardine, Evan Mosey, Mark Richardson, Stephen Dixon, Joey Haddad and Joey Martin will remain in Cardiff, Andrew Lord has ended his seven-year association with the Devils. Lord was unveiled as the new head coach of the ECHL’s Greenville Swamp Rabbits; his presence in Cardiff Bay will be missed.

The Manchester Storm will be hoping for a more productive year in 2021. The Storm, who retained the services of head coach Ryan Finnerty, have retained three players thus far: Cameron Critchlow, Tyson Fawcett and Scott Simmonds will return to the Altrincham Ice Dome next season.

Omar Pacha’s Dundee Stars have added six skaters to their roster. Craig Moore and Michael Poirier are back for another year on Dundee’s blueline. Anthony Beauregard – who contributed 46 points last time out – and Stars youth product Craig Garrigan have also agreed to return to Dundee next term.

He is a great leader, a true professional and on the ice he skates very well

Connor Sills and Brett Orr will make their professional debuts upon the EIHL’s return, after joining the Stars from collegiate sides on each side of the U.S.-Canada border. “He is a great leader, a true professional and on the ice he skates very well,” Pacha said upon Orr’s arrival north of the border.

As previously reported by The Boar Sport, the Coventry Blaze have retained the services of Evan Bloodoff, David Broll and Luke Ferrara. Ferrara led the league in goals last term and has been rewarded with a two-year contract as a result.

Canadian duo Evan Bloodoff and David Broll made a positive first impression during their debut season at the Skydome Arena; both will be back for more in 2020/21. Likewise, Danny Stewart’s tenure at the helm in Coventry has been extended. After last season’s third-placed finish; the future seems bright for the Blaze.

It isn’t a case of it, but when hockey will return and in what format

Ice hockey’s return to play is among the slowest of any sport around the globe. Even the financial might of the NHL has been unable to facilitate a swift resumption in North America. Regardless, clubs across the EIHL have started to sharpen their skates ahead of the start of the 2020/21 season.