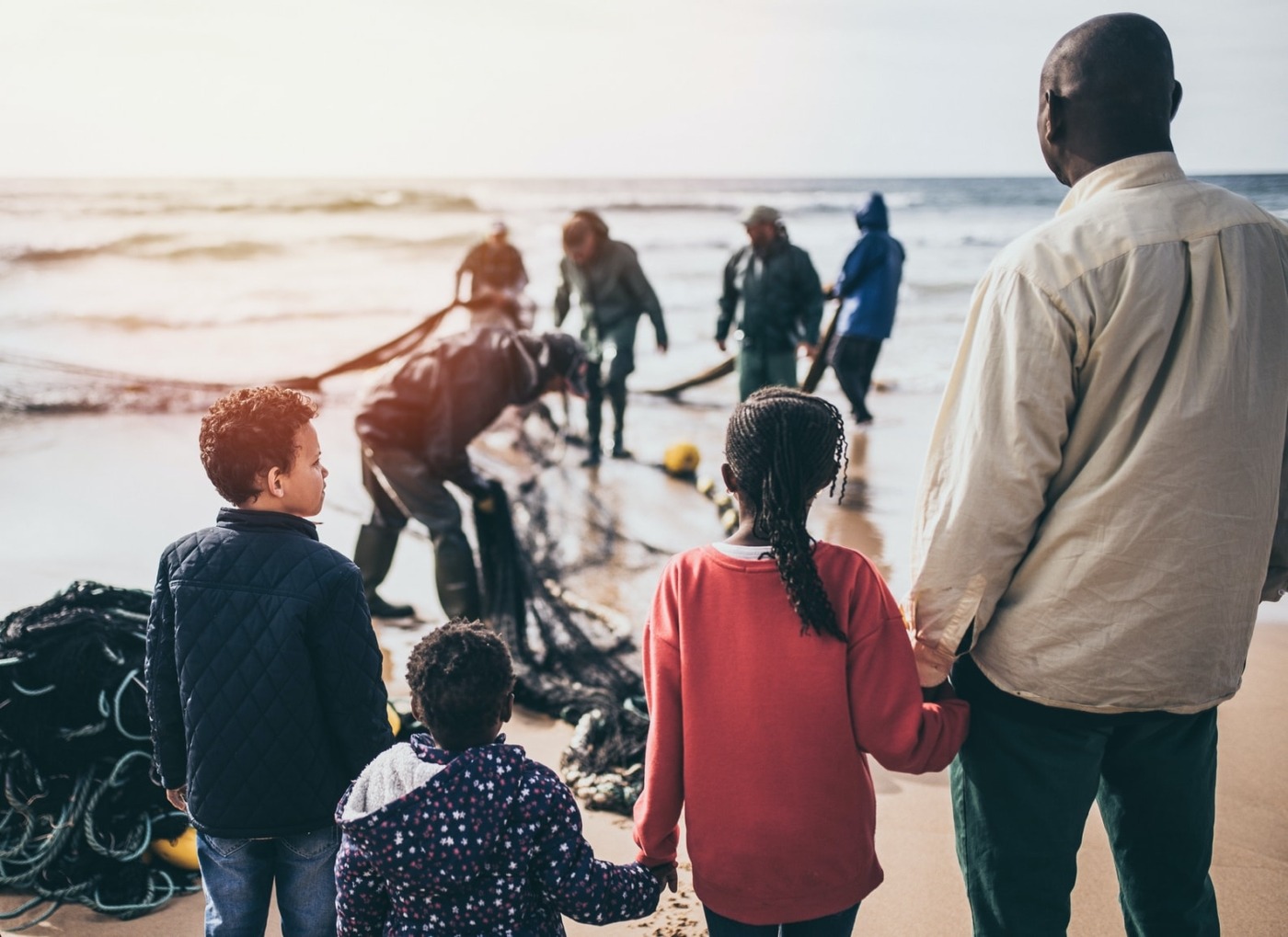 As the world faces an increasingly aggressive climate crisis, communities are vulnerable to devastation. At the end of 2019, 5.1 million people were living in displacement following natural disasters. The year saw 2000 global disasters, triggering 24.9 million internal displacements. This is triple the number of displacements caused by conflict and violence, and the figures will inevitably continue to surge. The UN forecasts that there could be up to one billion environmental migrants by 2050.

Behind the statistics are stories of horror and human tragedy. Individuals are losing their homes, their livelihoods, and their loved ones. In May 2020, the ferocious Cyclone Amphan tore across Bangladesh and eastern India. Costing an estimated $13 billion in destruction; the aftermath of this natural disaster has destroyed thousands of lives. A 63-year-old man, Shabitri Midha, described how “I have become a beggar now. All I had was a small hut, God snatched even that from me.” Midha lives in the village Pakhiralaya in the Sundarbans. Over the last 30 years, his ancestral land has slowly been flooded by the Bidyadhari river. All he had left was a small hut. “Now,” Midha says, “this storm has just finished us.”

Another victim of the cyclone’s rage, 51-year-old Bhim Bhangi, said that “never in our lives have we witnessed such a storm.” Bhangi had invested all of his life’s savings into three ponds, but today “everything is gone. All I have is over 300kg of dead fish.” In Bangladesh alone, more than 2 million people were evacuated. Many lives were saved, but people are returning to find their homes devastated. A mass evacuation is complicated under any circumstance, and this year the coronavirus pandemic has intensified dangers. People were not only reluctant to leave their homes but deeply anxious about the threat of contagion. Within days, Bangladesh prepared 10,500 additional shelters so that evacuees could be accommodated with some measure of social distancing.

Yet in other areas of the world, Covid-19 is having a horrific impact on the lives of refugees. Cyclone Idai struck Zimbabwe, Mozambique and Malawi in March 2019. More than a year later, amid a global pandemic, 200 families in Zimbabwe remain in refugee camps. In their crowded living conditions, infection rates will spread like wildfire. Jani Maipse lives with his wife and seven children at Nyamatanda camp. With lockdown measures in place, he cannot leave to look for work.“I am struggling to make ends meet,” he says. “The little we hear on the radio is that we need to maintain a social distance, but how is that possible when you are nine in a single small tent?” Vulnerable people are disproportionately affected by the crisis. Both the pandemic and climate change will have a catastrophic impact on refugees. These are people who have been forced to leave their homes, families and lives. They are likely to face yet more harrowing suffering.

The UNHCR has pointed out that refugees are often placed in climate change ‘hotspots’ and exposed to secondary displacement. As Joan Rosenhauer, executive director of the Jesuit Refugee Service, said: “Imagine having fled your home after violence was imminent for you that threatened your life. You’re trying to settle into a home and place with almost no resources. You’re living in a strange place with a mud hut. And then [imagine] having it all flattened by a storm. You’ve had to leave everything behind and you’ve lost everything already once, and now twice.” Climate change will not only trigger the migration of millions of people, but it will also have terrifying consequences for those who are already displaced. The trauma of losing a home is unimaginable to many of us. Yet it is a reality that we must confront. According to Rosenhauer, “there are projections that by 2100, 48 countries around the world will be lost due to rising sea levels. Clearly those are all people who are going to have to leave their homes.”

Climate change will not only trigger the migration of millions of people, but it will also have terrifying consequences for those who are already displaced

Meanwhile, natural disasters are becoming more frequent and more violent. Elisabeth Tabary, who was living in La Faute-sur-Mer when Cyclone Xynthia crossed Western Europe in 2010, is haunted by memories of disaster and loss. She remembers the night Xynthia took her home, and with it the lives of her husband and two-year-old grandson. As their house started to flood, she climbed up the kitchen door. Her grandson was in her arms. She had to watch her husband drown. Hours later, her grandson died of hypothermia. “At that point,” she said, “I wanted to drown myself.” 29 people lost their lives to storm Xynthia in La Faute-sur-Mer. Many more lost their homes. Almost half of the town’s population decided to leave, but Elisabeth stayed. She fears leaving would be like “abandoning the members of my family who died here.”

Nature has a terrifying power. It can be vicious. Its impact is often catastrophic. At the end of last year, this was hauntingly evidenced when Australia became engulfed in flames. The Australian bushfires were more devastating than any climate scientist had predicted. Land the size of South Korea was left scorched. Neil Ward, a natural resources and conservation manager, described how painful it was to return to his home after it had been ravaged by fire. He compared it to “a scene that we generally associate with bomb attacks or the worst cyclone.” The iron roof seemed to be all that was left of the house, its walls “completely swallowed by the fire.” Within the ash and debris, Ward found “forks and spoons welded together, delicate feathers of ash that were once books, light fittings hollow and black, rocks in the garden split and singed from the heat.” It was no longer their family home, but a scorched reminder of what they had lost.

These people who have lost their homes, and their lives, are not just statistics

There are millions of stories like this, stories of lost homes and lost lives. There will be many more to come. Climate change is a reality that we must face. It is causing so much tragedy, and that can no longer be ignored. These people who have lost their homes, and their lives, are not just statistics. They are individuals, and their suffering cannot be forgotten. We must continue to tell their stories and accept that the climate crisis is a nightmarish reality that has taken hold of the world.