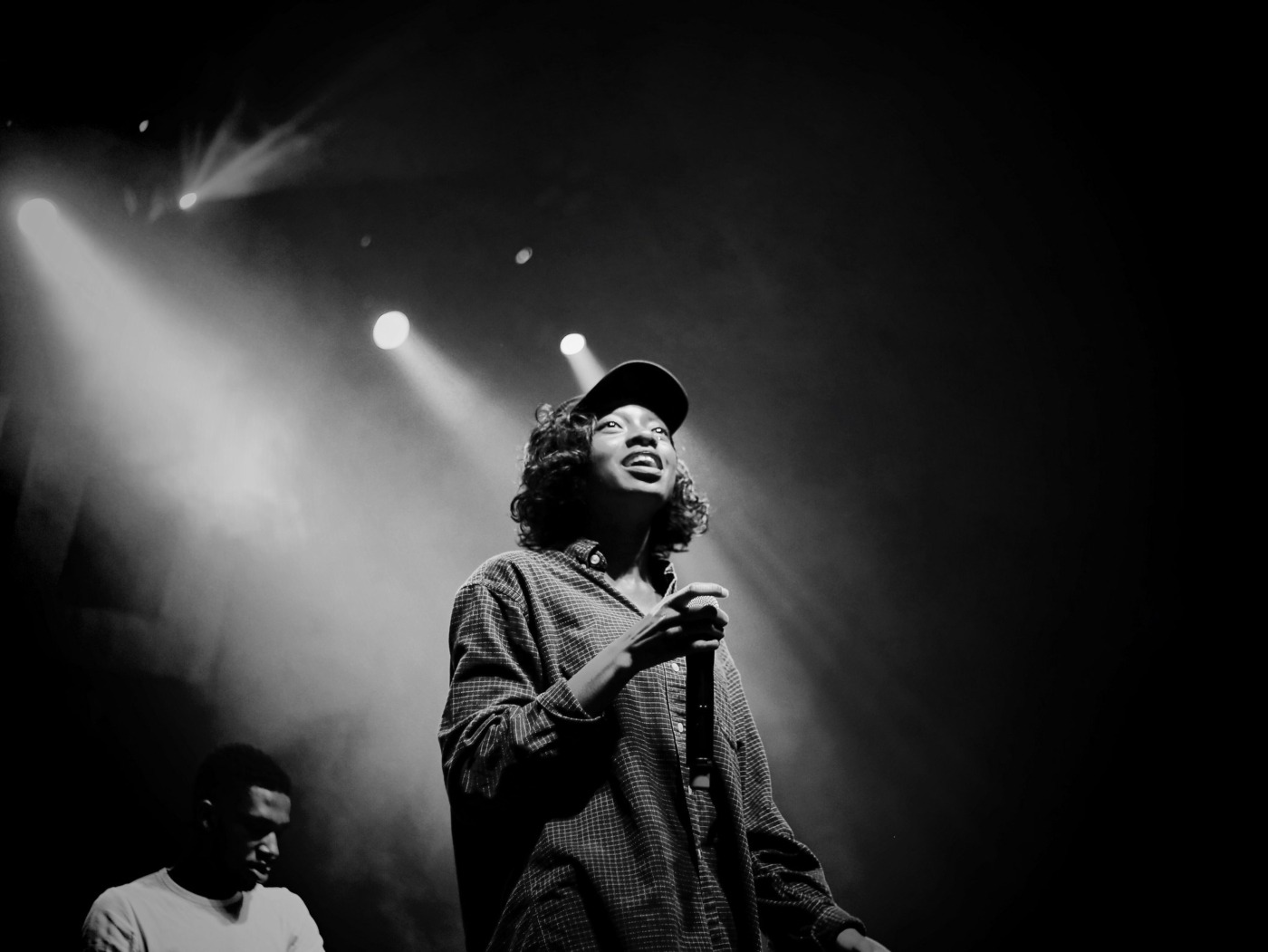 Hot off the back of last year’s brilliant GREY Area, quarantine has put all of Simz’s plans on hold. Her response? A concise, stripped-back EP in the form of Drop 6. It’s not a progression from last year’s album as such – more of an unexpected detour. One of the reasons I continually return to her work is because of its incredibly earnest and enthusiastic sound in a scene filled with braggers and fakery.

Little Simz seems to enjoy every bar, whether it’s the feminist attack of tracks like ‘Venom’ or the childhood reminiscence of ‘101fm’. Stripping back the beat allows her to showcase her fun and energetic, yet deceptively technical flow. The way she combines wordplay with the drum and bass-inspired beat of opener ‘might bang, might not’ is an impressive feat – “true, my drip enormous, your tap running out, talk about awkward”.

The rampant energy of the opener develops as we dive more into a reflective pace for the rest of the release. Second track ‘one life, might live’ dives into her integrity as an artist and the positive outlook she has on both the world and herself. ‘damn right’ moves onto the juxtaposition of her musical career and success while quarantined back in the areas she grew up in as a kid. These themes continue throughout, proving Drop 6 to be an album that could have only come about in quarantine. The forced retrospection that has accompanied the UK lockdown has been a good well for many artists to draw from – it has given a moment to decouple from touring and label interests to create some great art.

However, this stripped-back focus is also what holds the EP back. The instrumentals, aside from the brilliant chorus of ‘might bang, might not’, are generally not that interesting or innovative. Bad, not at all, but the production doesn’t necessarily stand out – understandable, given the circumstances, but that doesn’t make it feel like any less of a missed opportunity given the quality of everything else on display.

Her vocal delivery is what carries the rest of the album along rather than being truly complimented by it. Her delivery in the lead up to “You Is Nasty” on ‘one life, might live’ is the best example of this: while she builds to a slightly snarling tone, the instrumental creates little tension that immediately dissipates rather than a deep bass or something, anything, more prominent than the slow fade away it instead delivers.

Drop 6 is not bad for its lack of these things, but it certainly could have been better. As both a fan and a critic, however, I still think it was a brilliant EP given the circumstances. It provided more of the core material that constitutes why Little Simz is so great as an artist. Still, if I were to introduce someone to her material, I would instead start with her last album, GREY Area. For the fans and the familiar, however, there is much to enjoy here.