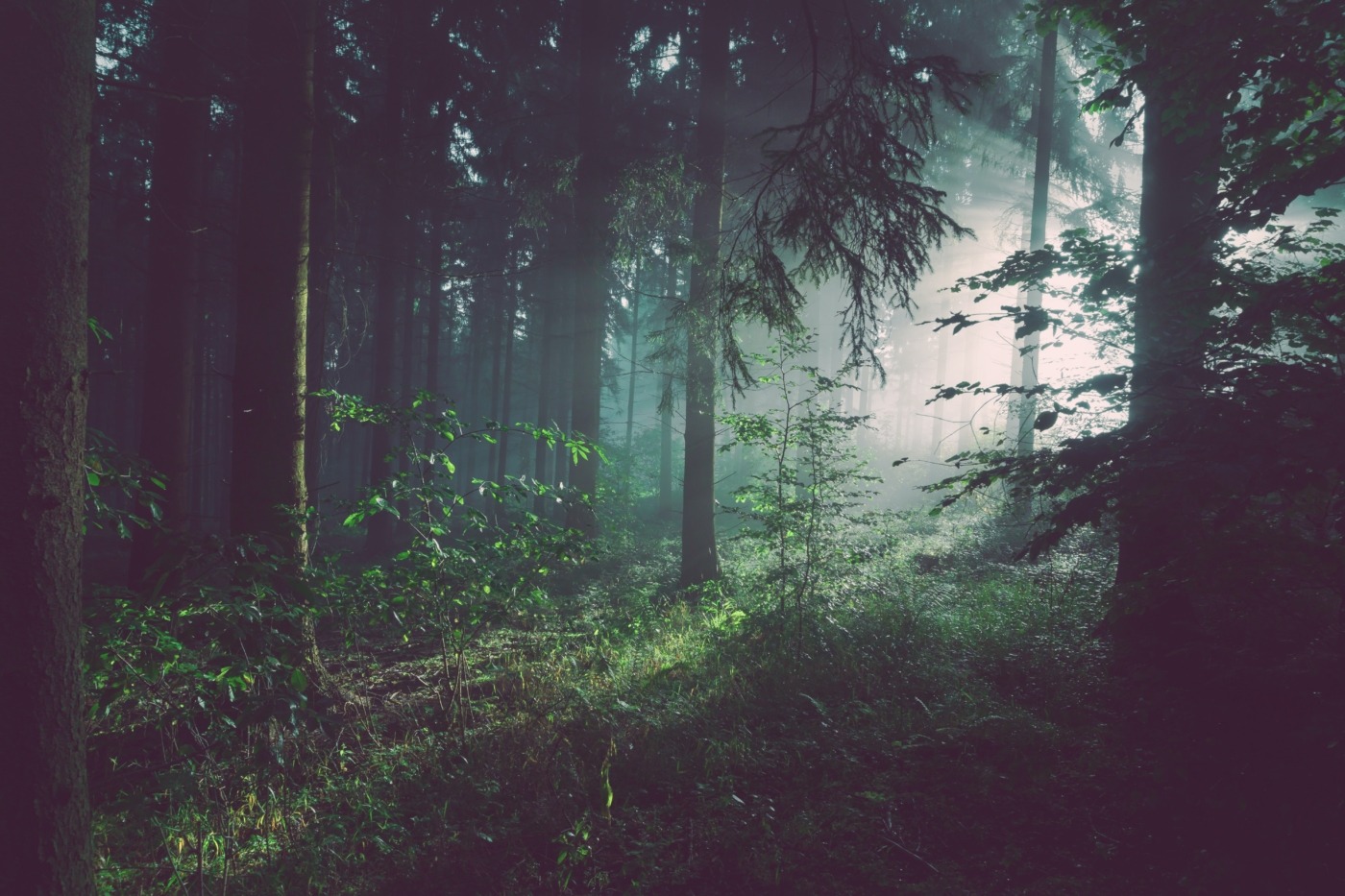 A father and daughter live in the forest, isolated from other people and free from society’s suffocating gaze. They choose to exist without leaving a trace. Debra Granik’s Leave No Trace is an understated and beautiful film about the necessity of human connection. Its story is simple, but it is emotionally intelligent, heart-breaking and hopeful.

The film opens quietly, with hushed birdsong and the rustling of leaves as 13-year-old Tom (Thomasin Harcourt McKenzie) wades through the forest. She is soon joined by her father Will (Ben Foster), and the pair hum the tune of ‘You Are My Sunshine’ with a haunting softness. They have set up camp in a public park near Portland, Oregon, where they sleep in a single tent and cook over bare flames. It is a secretive existence, and they fear strangers will find them living amid the trees. They only venture out of their small world and into the city on rare occasions, to pick up essential supplies.

When Tom is spotted by a runner, their peace is shattered. Will and Tom are arrested and detained by social services, who question their way of living and subject them to psychological assessment. They are treated with kindness if not understanding, and are given a house in rural Oregon. Here, we see Tom adjusting quickly to her new life, learning to ride a bike and caring for the farm’s animals. Her father, however, feels trapped by the system. As a veteran and PTSD sufferer, Will cannot cope in the modern world. His decision to leave Oregon, with a reluctant Tom in tow, leads to the film’s darkest and most harrowing scenes. It reveals fractures in the pair’s relationship, and shows with painful detail how difficult it is to survive a life of isolation.

The film is driven by rich and emotionally complex performances by both Foster and McKenzie. It is a low-budget movie that could not work without brilliant acting, but the casting is perfect. McKenzie’s performance is particularly memorable, and she plays Tom with intelligence and gentleness. Her character is the core of Leave No Trace; all of its hope revolves around Tom. As she experiences the kindness of people around her, she realises the beauty of human interaction.

Her character is the core of Leave No Trace; all of its hope revolves around Tom

In one of the film’s most powerful scenes, Tom tells her father: “The same thing that’s wrong with you isn’t wrong with me.” While Will cannot bear to live in a society, Tom cannot live without a home and community. She needs more than just her father’s love to survive, as painful as it is for both Tom and Will to admit.

It is a quietly political film. We learn very little about Will’s past in Iraq or his decision to live off-the-grid, but his trauma is a central and haunting presence. Granik, who directed Winter’s Bone starring Jennifer Lawrence in 2010, said: “One of my jobs as a storyteller is to engender some kind of consideration or empathy; to ask some questions that at least make you motivated to want to understand another person. Something about what they’ve lived through, what they think about.”

Leave No Trace has a special way of empathising with the reclusive Will. It is a sensitive exploration of trauma; we are not asked to judge Will’s behaviour but to try to understand him. Perhaps its beauty is in its portrayal of the intimate bond between a father and daughter. They can communicate in silences, or with the soft clicking of their tongues, a code between the pair to remind each other that they are near.

It is a sensitive exploration of trauma; we are not asked to judge Will’s behaviour but to try to understand him

I first watched and was truly moved by Leave No Trace two years ago, when it was released in cinemas. I might have said then that it was a film you had to see on the big screen without distractions but, released on Netflix this year, it remains deeply affecting. In many ways, it resonates more now than it did two years ago. Amid the global pandemic, people have been separated from their friends, families and communities. We have never felt the importance of human connection more strongly. Leave No Trace, a film about love and the consequences of isolation, is a poignant watch in 2020. It is a raw and stunning exploration of what it means to exist without leaving a trace.