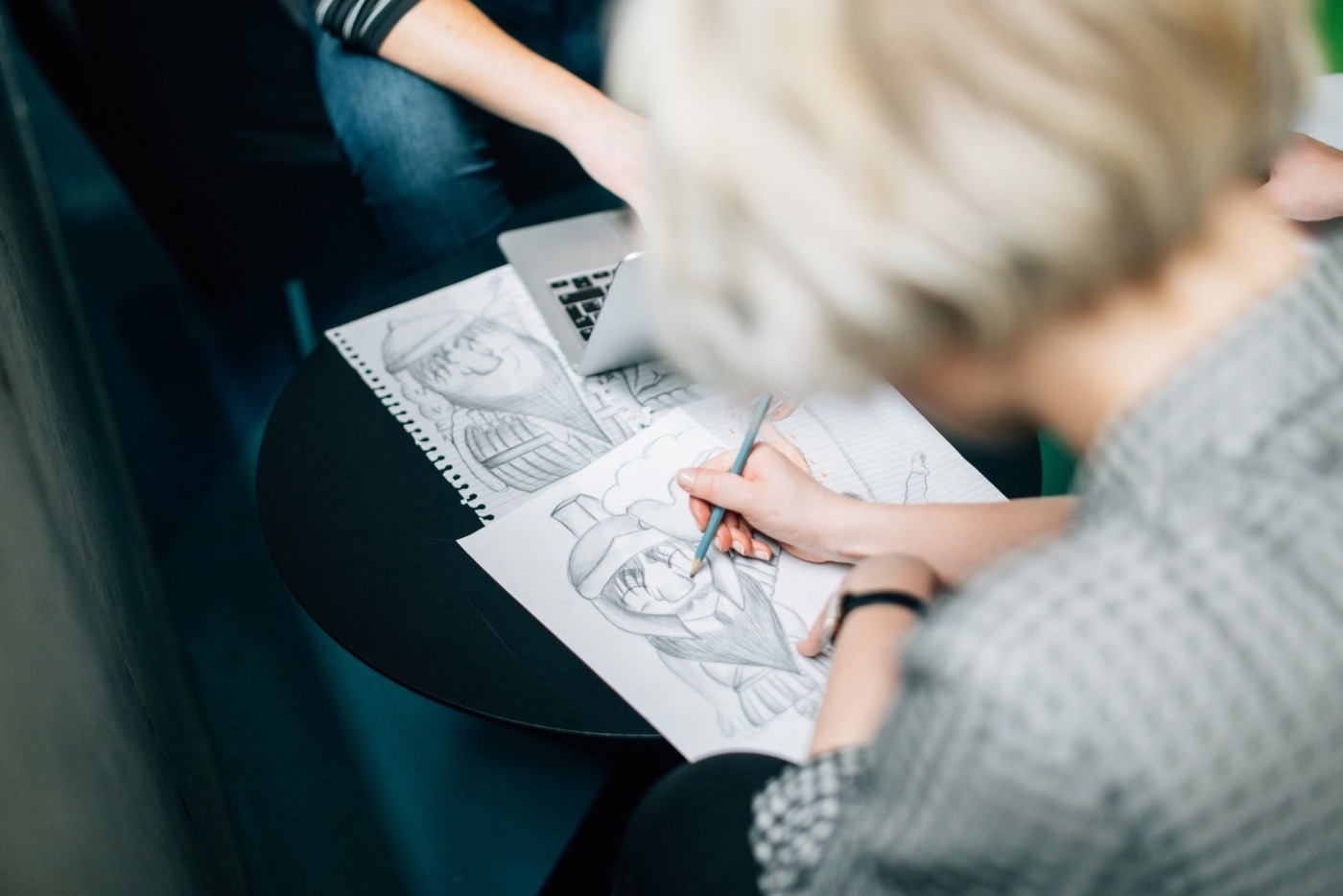 Why illustrations have a place outside of children’s books

Just to the left of my bed squats an old bookshelf. Over the course of twelve years, this sturdy stack of metal has seen many books come and go, the children’s stories of Roald Dahl, the Young Sherlock Holmes and Alex Rider series, one or two Percy Jackson novels – the list goes on. As on the writing of this article there is one rather special book that lurks deep within the second shelf, a book whose cover is as dark as its contents: Necronomicon, The Best Weird Tales of H. P. Lovecraft. A commemorative edition, no less.

This book contains roughly thirty-six short stories and novellas by the infamous – and not always for the best reasons – pioneer of horror fiction. These stories are also peppered with numerous illustrations by Les Edwards, with one of my favourites actually being the image of a pack of faceless, winged demons, soaring through the night sky. It’s a fitting introduction to the short story Night Gaunts (although it’s really more of a poem) which follows the apocalyptic visions of a tormented writer, dragged off on “monstrous voyaging” by the eponymous faceless ghouls.

The illustration perfectly complements this short story, with the nightmarish, featureless visage of the flying phantom stuck even further inside the reader’s mind by the story’s concluding rhyming couplet “But ho! If only they would make some sound, / Or wear a face where faces should be found!”

Indeed, illustrations are the spice that have aided in the flavouring of many works of fiction, throughout my life as an avid reader

Each short story is framed by both an opening and closing illustration, all of them brilliant, albeit a tad repetitive at times: many illustrations are reused to frame multiple stories. Still, the illustrations that do appear are genuinely fantastic and suitably disturbing. Of course, this is just one example of where I would argue illustrations only serves to complement and bolster the writing itself.

Indeed, illustrations are the spice that have aided in the flavouring of many works of fiction, throughout my life as an avid reader. What would the aforementioned books of Roald Dahl have been, or, to cite a more recent example, the children’s fiction of David Walliams be without the quirky illustrations of Quentin Blake?

In the very first Walliams book I ever read, there is a moment where the primary antagonist of the story, the protagonist’s toxic and neglectful Mother, breaks down before her daughter and begs for her forgiveness. It’s a surprisingly moving passage from a surprisingly complex and mature book – for a children’s story titled Mr Stink – that is perfectly captured in the illustration that accompanies this moment. It depicts the Mother in complete disarray, with eyes swimming with tears and arms outstretched in desperation before her daughter. Would the passage have worked without the illustration? Maybe. Does the illustration make the emotional confrontation all the more powerful? Absolutely.

I’m not quite certain where the assumption that illustration is a somehow superfluous concept, or something that only belongs to children’s fiction, comes from

I’m not quite certain where the assumption that illustration is a somehow superfluous concept, or something that only belongs to children’s fiction, comes from. I’ll grant that children, very young children anyway, probably do require some sort of support when it comes to their first attempts at reading. Bright and colourful illustrations are, if not an absolute necessity, certainly very appreciated.

All I need to do to disprove this assumption is flick through my copy of Armageddon in Retrospect, a collection of short stories by Kurt Vonnegut. Each story is accompanied by sketches and drawings by the legendary author himself, including a sign that declares: IN THE USA IT’S WINNERS VS LOSERS, AND THE FIX IS ON. Will any mature or worldly reader deny that this is an illustration that has aged rather well? The book is full of quirky sketches and sardonic slogans of this variety. I don’t see any adults with a well-developed sense of humour turning their nose up at this, do you?