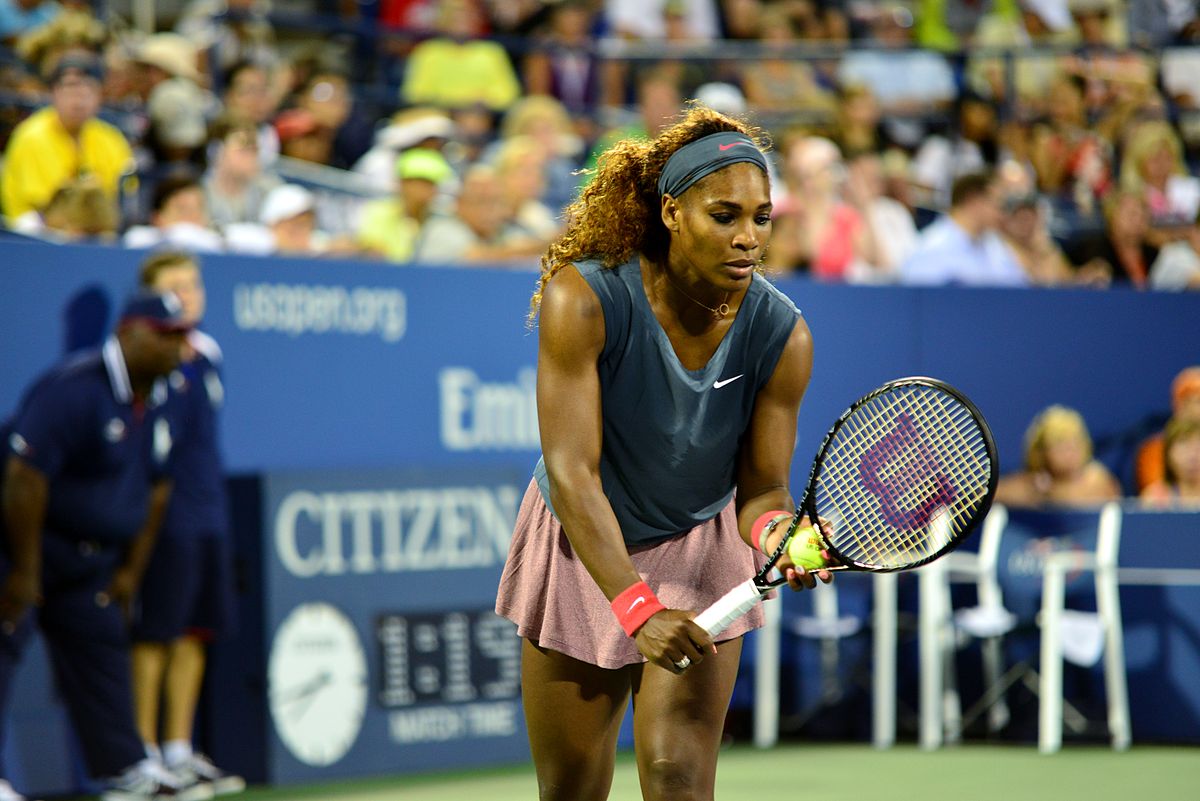 The gender gap is apparent, it will worsen if female athletes are continually scrutinised and objectified

Female athletes are often subject to disturbing scrutiny. Her body is judged, shamed and sexualised. There is no escaping the fact that appearance will always be rigorously monitored in disciplined competitive sports. An athlete’s kit should be held to a certain standard, but it becomes problematic when concerns about a woman’s looks override the celebration of her sporting ability.

The difference between the regulation of menswear and womenswear in sport is that all too often the conversation centres on how much of her body is exposed. Female athletes continue to be objectified and sexualised in a way that undermines their achievements.

In September 2019, a 17-year-old swimmer from Alaska was disqualified after winning the 100m freestyle at her school meet because her costume was too revealing. Swimming coach, Lauren Langford commented that “all of these girls [were] wearing suits the same way and the only girl who gets disqualified is a mixed-race girl with rounder, curvier features.”

The decision was overturned after outcry on social media, but that does not change the fact that a 17-year-old girl was publicly body-shamed and sexualised. The swimmer’s strength and conditioning coach described her to be “distraught about the whole situation.” Her win was utterly overshadowed by a toxic culture which penalises young women for their appearance.

Tennis icon and women’s rights activist Billie Jean King responded to the incident by suggesting that “the constant policing of women’s bodies is offensive, sexist and wrong. This must end.”

Even the most admired female athletes face ceaseless body-shaming. Serena Williams has been the victim of cruel media-coverage and mockery throughout her legendary career. As a black woman, she faces persistent racialised stereotyping.

The outfit was designed to help Williams with her blood clots

In 2018, the black catsuit Williams wore at Roland Garros was banned from future tournaments. The outfit was designed to help Williams with her blood clots and she was likened to a superhero. Yet it seemed to offend officials.

French Tennis Federation president Bernard Giudicelli said, “I think we sometimes went too far. The combination of Serena this year, for example, it will no longer be accepted. You have to respect the game and the place.”

Another player who was accused of disrespecting tennis is Alize Cornet, who was given a code violation for briefly removing her shirt on court after realising it was inside-out. The rules were changed after public uproar, with many believing that Cornet was wrongfully punished for revealing her sports bra.

The player told The Telegraph, “I think some people still feel uncomfortable with women’s bodies. Apparently, the chair umpire was just shocked. It was the most unfair decision, there’s no doubt about it. I didn’t see it as sexist, but I think it’s a deeper problem about the woman’s body, and women in general in sport.” By comparison, Rafael Nadal would never be penalised for taking his shirt off on the court.

Kulsoom Abdullah had to fight to wear a hijab in competitions

There are also women who are punished for wearing too much. Kulsoom Abdullah, a Pakistani champion weight lifter, had to fight to wear a hijab in competitions. The US weightlifting federation argued that she could not wear long-sleeved shirts, trousers or a hijab. Only a singlet was allowed. Abduallah released a statement outlining how the rules prohibited her right to compete as a Muslim woman, and the decision was overturned.

Sport continues to be dominated by men, so part of the problem is that kit is just not designed with women’s bodies in mind. The first time female footballers wore kit created specifically for women was in 2019, for the FIFA Women’s World Cup. Before that, Lucy Bronze described how her team had to cut the netting from their shorts, made to support male genitalia.

Cassie Looker, the senior apparel product manager in global football at Nike, said that “when we work with the men, they say a tight fit made them feel like a superhero, but for women it’s different. They want to feel comfortable and covered and professional.”

The gender gap in sport is strikingly apparent, and it will only worsen if female athletes continue to be scrutinised and objectified. Far too many sportswomen report feeling deeply insecure about their bodies as a result of strict regulations.

How are women supposed to feel confident in a sporting environment?

American gymnast Katelyn Ohashi was subject to horrific body-shaming. She explained that “as gymnasts, our bodies are constantly being seen in these minimal clothing leotards. I felt so uncomfortable looking in the mirror. I felt uncomfortable walking back into the gym, like there were eyes just targeted at me.”

Ohashi, like so many other women, feared being watched. She felt that her body was the focus instead of her gymnastics. This insecurity is such a widespread, deep problem in society, and it is only perpetuating the industry’s gender gap. If top athletes are being criticised for their appearance, how are ordinary women supposed to feel confident in a sporting environment?

A 2016 Sports England report found that 75% of women wanted to participate in sport but feared being judged on their appearance and ability. The culture starts in schools, with nearly 30% of girls disliking PE because they are worried about people watching them exercise.

Female athletes should be celebrated for their ability, not their appearance

I never felt comfortable in my school’s PE kit. There were three cubicles in the changing rooms, and the rest was communal. Female teachers could walk in at any time, and there was very little privacy when you were getting dressed. I was insecure about my body, so taught myself to put on my kit quickly. Then the lessons started the same way every time: we lined up and the teacher checked our kit. Three strikes and we got a detention.

When it was cold, we were made to wear our skorts over billowing tracksuit bottoms, which was as restrictive as it was unflattering. When it was hot, the tracksuit was banned. I worried about my peers seeing my pale and unshaved legs. This was not sexism, and I never felt objectified, but I did feel uncomfortable. It did nothing to make me feel excited about sport.

Women deserve to feel confident both on and off the pitch. It is deeply worrying that a relentless culture of body-shaming and judgement is putting countless girls off sport. There needs to be a change. Female athletes should be celebrated for their ability, not undermined for their appearance. The cycle of scrutiny has to be broken.

Isabella’s story is also available to read as an interactive Shorthand Story.