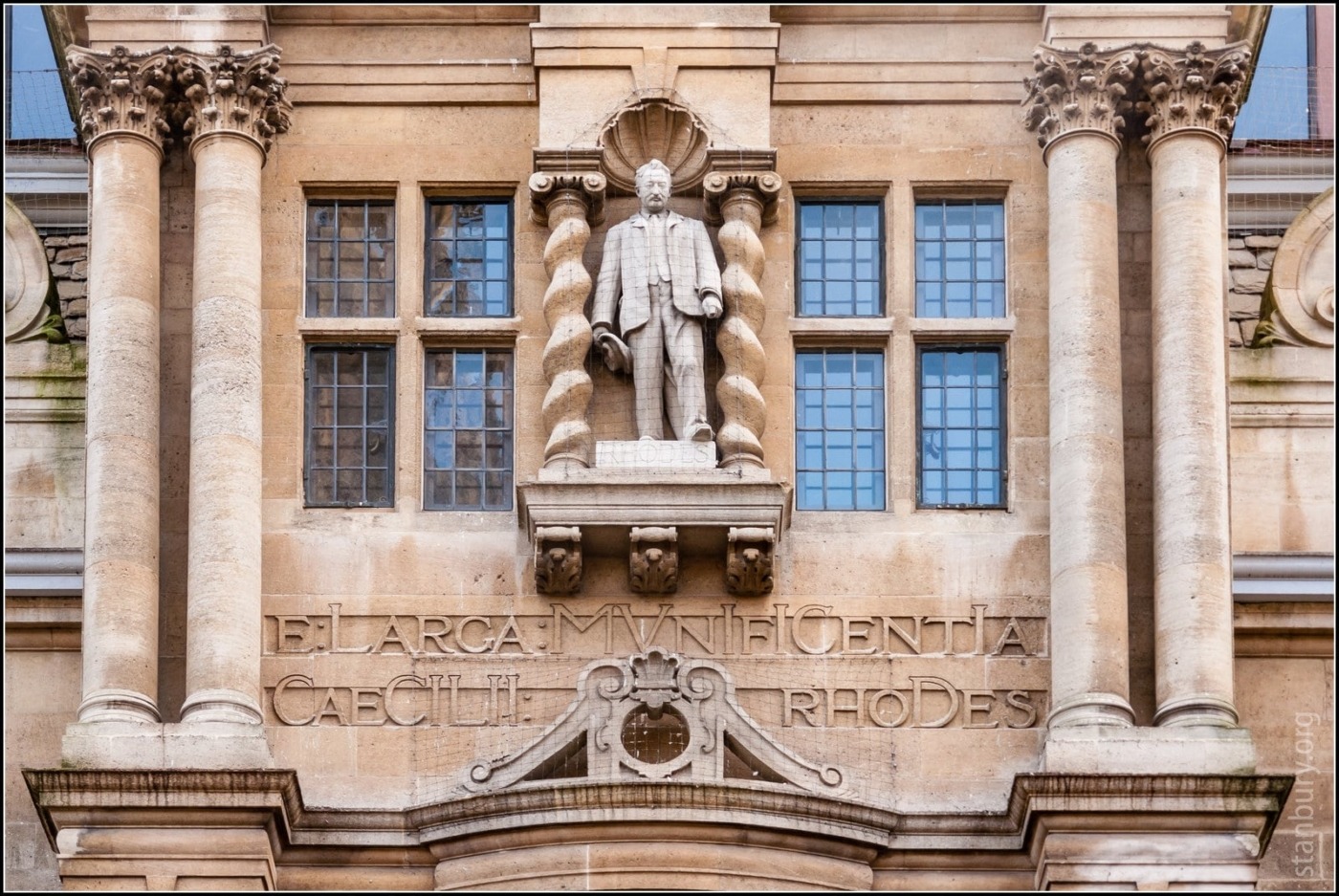 The conversation dominating many dinner conversations, twitter feeds and news shows in recent weeks has been the fate of statues, even permeating the endless coronavirus coverage. As statues have fallen in Bristol, Antwerp and across the USA, some have reacted with delight and a sigh of ‘finally’, others with disgust at the supposed historical ‘erasure’.

Views on the matter are likely defined by political leanings and echo chambers  but the main thing to focus on when considering whether statues should remain as they are, be contextualised or removed entirely is what the actual purpose of a monument is. As well as this, there is the central issue that history is, and has always been, inherently political. The statues that pave our cities  become sites of tourist spectacle, which were put there to tell a story and paint a picture of our past.

There was a time when we could walk through the streets of our cities and towns with little consideration of our monuments and statues. They had become part of the landscape, as insignificant as the lamppost at the end of the road. We had grown used to our surroundings, just as we grow used to the ideas that surround us, becoming normal and even mundane. The past could plausibly be seen as irrelevant, something to be remembered in a history lesson but otherwise behind us. We were told we live in a post-colonial and post-cold war era, some even hazarding to say we had seen ‘the end of history’. However, this more comfortable story has been unravelled in recent years, breaking us from the warm and cosy cocoon of ignorance.

Through years of disaster exhibited by a market crash, numerous refugee crises and rising inequality, the questions we once thought were answered have arisen once again. In the last few years it’s been hard to escape the commentary that “people are sick of the status quo” and that politicians just lie and change nothing. The year of 2016 told this story over and over with the election of Donald Trump and the vote to leave the European Union. The impact of this on the perception of statues is hard to ignore.

The novelist Amit Chaudhuri has discussed the impact of the prevailing political story on our attitudes towards statues. She recalls going to Oxford University in the 1990s during the ‘post-history’ period and being unbothered about the statue of Cecil Rhodes, now receiving criticism. She recognised the college for its “old fogey students with monarchist enthusiasm, its conservatism…uncharming but weirdly funny”. For her, and many students at the time, the reminders of colonialism felt rather irrelevant. In the 1990s multiculturalism seemed ascendant in Britain and her place in an equal society felt increasingly assured. However, in recent years people have been waking up to the fact that what was once promised, now long ago, has still not been delivered.

The purpose of a monument must be considered when thinking about the issue of removing or contextualising it. When a community creates a monument, they are making a statement about the individuals, values or ideas they think their society should remember, even honour.

The purpose of a monument must be considered when thinking about the issue of removing or contextualising it.

By looking to Belgium, we can extrapolate the intentions of states in building statues across many European cities. Belgium came to be through revolution in 1830-1 and underwent several years of consolidating their independence. Not having the luxury of long-standing institutions and structures they took steps to erect several new monuments across Belgium honouring figures that lived long before the Belgian Revolution. Through statues and monuments, they were able to paint a picture and perception in Belgian civic life that there was a rich cultural history to Belgium, legitimising their independence. Clearly, the power of monuments shouldn’t be undermined. An account written about this Belgian project perfectly illustrates the significance of monuments, reading: “the history of every people is written in its monuments. They reveal…their mores, their beliefs, their institutions.”

The power of monuments should not be undermined.

At best statues become embarrassing or irrelevant and at worst they help to encourage an aggrieved sense of superiority. Their toxic effect on culture can most blatantly be seen in the 2017 white supremacist rally in Charlottesville defending a Confederate statue in which Nazi chants such as “you will not replace us” and “blood and soil” were used. Patently, monuments normalise the past. They allow injustices to be more easily defending and insidiously harder to see.

The response of many when confronted with appeals to remove statues is that it is an act of erasing history. Of course, this is a scary thought and if accurate should be viewed with immense scrutiny. It is easy to sympathise with this view as we know steps taken to change history and ‘rewrite’ facts have, historically, been early road marks on the way to totalitarianism. However, when we look at the facts, it is intellectually dishonest to use this as a defence of keeping statues in place.

The response of many when confronted with appeals to remove statues is that it is an act of erasing history.

Such a view is commonplace in the current government, being used by Boris Johnson himself. Oliver Dowden, the culture secretary, also recently argued we need to educate ourselves about all aspects of Britain’s morally complex past, “rather than airbrushing history”. Of course, it is difficult to argue with the sentiment. But in saying this, the government is essentially arguing those who wish to remove statues of slave owners and the like are attempting to remove these figures from our past and present a ‘sunshine and rainbows’ version of our history. In reality, some will say it is quite the contrary. Black Lives Matter (among other) protestors are attempting to bring to the fore an understanding among the public what these figures that have been so generously venerated, were not people that upheld morals that reflect the modern world, or even basic human rights.

Black Lives Matter (among other) protestors are attempting to bring to the fore an understanding of what these statues symbolize.

This argument is particularly weak when used in the US context in which Confederate monuments were put up particularly for the purpose of historical revisionism. Through pageants, plays, novels and monuments the South attempted to portray a story not of a war fought to preserve the inhumane system of slavery, but a more noble and virtuous fight. Their ‘true’ intentions were to protect state rights in the face of a secular, cosmopolitan elite government infringing on the southern way of life. In this light, they were fighting for a world in which Christianity was upheld, women were protected by chivalrous men and black people were to be ‘civilised’ and ‘uplifted’.

This is referred to as The Lost Cause version of history and is in complete juxtaposition to established facts on the period. Whilst this is clearly grotesque in its misrepresentation of the past, perhaps at first glance you might think it is an innocuous, albeit dishonest, part of American life. Quite the opposite, this telling of American history has informed many Americans views on slavery and the Civil War and allows the harmful narrative that slavery was a ‘people’ problem with individual bad slave owners rather than a problem so inherent within the American project that it was woven into its very nature.

In fact, not only is erasing history a non-issue in this matter, preserving them provides its own historical danger. History is always a process of asking new questions. We would be irresponsible if we did not question conventional wisdom in light of new information. Turning history into nostalgia is where the issue lies. We want to honour the moral sanctity of an individual, instead of every person’s individual complexities. It has long been known that no individual is wholly good. Both Dr Martin Luther King Jr. and Mahatma Gandhi had questionable sexual tendencies but were simultaneously celebrated and honoured civil rights activists. Churchill defeated the Nazis and brought the nation to victory but concurrently believed in racial hierarchy and eugenics. Not to say any of these figures are at all comparable, but this is the very point. People are complicated and multi-faceted.

Is it always going to be controversial and complicated to erect statues of people, as they all have flaws, of course some more extreme than others? Evidently, statues of slave owners are blatantly repugnant. But other figures have more complex pasts and misdoings. Is it then better that we turn away from the practice of erecting monuments of individuals and instead create those of landscapes and significant objects, for example, that represent a historical era or idea? These questions are far from simple but are important conversations to have going forward.

The great tension here is a familiar story and until the opposing sides are somehow reconciled,and it is unlikely a consensus can be reached on what to do with the world’s monuments.  Many people are seeing the current status of politics as being deficient, they look for deeper explanations and discover the buried continuities between the injustices of the past and the present. Whereas others reach the opposite conclusion, the issue with our current culture is that we have strayed too far from the way things used to be. The nostalgia of Brexit and Make America Great Again is exactly an appeal to the consoling idea that the moral failures of the past are, in fact, the triumphs we once thought they were. Statues embody the tensions between these two worldviews. What it will take to reconcile them, I do not know.