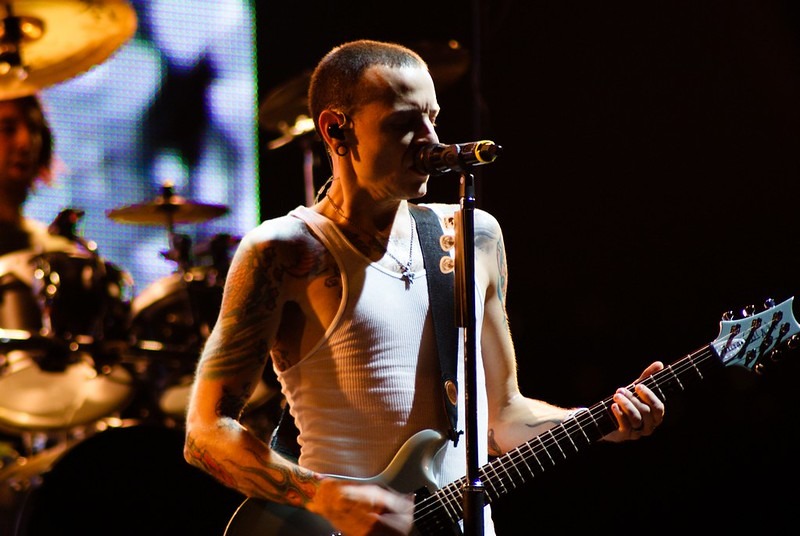 The 20th July marked three years since Linkin Park frontman Chester Bennington took his own life following a long battle with depression. This month, the music video for Linkin Park’s 2000 hit single ‘In the End’ reached 1 billion views, making it the second of the band’s songs to achieve this milestone after their 2003 hit ‘Numb’ reached the same feat in 2018. With these records being broken in the years following Bennington’s death, it’s clear that his music still holds value for listeners as it did twenty years ago.

Just as telling, Grey Daze – the post-grunge act he fronted prior to joining Linkin Park – released their compilation album Amends last month, comprising of remastered versions of Bennington’s earliest material. An NME review compliments Amends as a selection of the best of Bennington’s earliest songs reworked to be relevant for release in 2020. Merging his original 90s vocal recordings with updated arrangements and instrumentation reproduced for current listeners, this project is a strong indication that Bennington’s artistry remains a valuable influence in a shifting era of music production and listener culture.

The defining feature of Bennington’s artistry was hybridity

Linkin Park’s debut record Hybrid Theory and their sophomore release Meteora are often revered as the defining albums for Bennington’s signature style – the mixture of soft melodic cleans and angsty rasp, punctuated by intense screams which formed the basis of his vocal performances throughout his career. The beginning of the 2000s are seen as Linkin Park’s golden years, where the band broke onto the music scene, developing a distinct nu-metal sound that fused Bennington’s punk, metal and grunge influenced vocals with the hip-hop style rapping of the band’s founder and co-frontman Mike Shinoda. These formative releases are among the best-selling albums of the 21st Century, Hybrid Theory being the highest seller of 2001.

While the nu-metal style of the band’s early albums cemented Bennington as one of the most iconic vocalists of contemporary rock music, his power as a recurring influence for artists in the new decade lies not in one particular sound but in the versatility of his style. As suggested by the title of Linkin Park’s debut, the defining feature of Bennington’s artistry was hybridity – a unique capability to produce an ever-evolving sound spanning across genres. Present in his early career with his willingness to divert from his usual gritty vocals and adopt R&B melodies in hip-hop collabs with rappers such Jay-Z and Young Buck, the hybrid element of his vocals became more pronounced in his later performances.

For Linkin Park’s third album Minutes to Midnight, Bennington parted ways with the nu-metal style of the band’s previous material. He retained the grit and angst that characterised earlier releases on tracks such as ‘No More Sorrow’ which featured aggressive cleans as well as his trademark screams. More generally, the album explored the melodic aspects of his vocals with songs like ‘The Little Things Give You Away’ experimenting with ambient elements which would feature more prominently in the band’s following release.

In hindsight, Minutes to Midnight was a key transition – it made Bennington confident in his potential to entirely reinvent his sound, explore new directions and push his artistry beyond existing genre boundaries. The band’s subsequent release, A Thousand Suns – a concept album based around the themes of warfare and dystopian fear, became Linkin Park’s most experimental record with its emphasis on electronic elements and ambience venturing well outside the norms of a typical rock band.

Bennington’s craft emphasised innovation as he strove to produce fresh sounds and explore new directions on every record.  Living Things came to be a more refined development of the experimental electronic rock of A Thousand Suns. Even when returning to heavier rock on The Hunting Party, he approached this from a new hard-rock inspired angle, vastly distinct from his work on Hybrid Theory or Meteora.

Though Bennington is primarily known as the vocalist of Linkin Park, he also developed various side projects. His performances in Dead by Sunrise experimented with punk rock while his High Rise EP with Stone Temple Pilots utilised pure grunge. Produced just before his death and released posthumously, his ‘Cross Off’ collab with Lamb of God guitarist Mark Morton gave him the opportunity to dabble in heavier metal than the styles he explored on earlier Linkin Park records.

His seventh and final studio album with Linkin Park, One More Light, was arguably his largest shift in musical direction. He almost fully discarded the grit and angst of prior releases, instead opting for moody electro-pop vocals. At the time, the album received harsh reviews and was ill-received by many long-time fans who saw it as a ‘sell-out’ record aimed at profiting from the mainstream popularity of EDM-infused pop.

However, such criticisms miss the point and fail to see One More Light for what it truly was – a willingness to take risks and reject pressures from his central fan base in order to retain creative freedom. It showcases Bennington’s development as an artist along with his tendency to prize craft and genuine expression above concerns about the reception of his material. Underneath the electro-pop melodies, the album’s verses contain some of the rawest lyrics of his career with ‘Halfway Right’ reflecting on some of his darkest personal memories.

The album is also perhaps the best demonstration of Bennington’s potential as a lasting influence in the music industry. Being the greatest departure from his rock origins, this adoption of electro-pop elements fully displayed Bennington’s ability to apply his artistry to any sound or genre.

His flexibility largely came down to his resonant lyrical content and complementary adaptable tone. While his sound may have varied, his lyrics consistently addressed the subject of human pain and emotional struggle. As one of contemporary music’s most troubled voices, his childhood trauma along with battles with addiction and depression found genuine expression in his vocal performances.

Whether he adopted an aggressive tone, as in the gritty verses and frantically screamed choruses of ‘Given Up’, or shifted towards melancholic fragility in the soft immersive melodies of One More Light’s title track, Bennington’s voice served as a powerful vessel for songs of strife. Along with voicing his own personal struggles, his vocals were equally suited to expressing universal fears of nuclear warfare (‘The Catalyst’) or exploring social and political themes in the Dead By Sunrise track ‘End of the World’.

Throughout his career, Bennington developed a transferable style for expressing pain and struggle from which other artists take inspiration. His lasting influence is already evident from his work with upcoming musicians such as Stormzy who collaborated on Linkin Park’s ‘Good Goodbye’ just prior to Bennington’s death.

Among others, Oli Sykes – the vocalist of Bring Me The Horizon who are arguably one of the strongest trailblazers in the current rock scene – praises Bennington as his primary career influence. In a 2017 interview with Kerrang! he said that he was inspired to become a musician after attending a Linkin Park concert and that no other artist had as much impact on his life. Given the high level of experimentation and sound changes in Bring Me The Horizon’s recent projects, Sykes’ emulation of Bennington’s genre-defying artistry is certainly evident.

As one of the most versatile vocalists of the 21st century, Chester Bennington’s influence remains with us and continues to be an inspiration for artists in and outside the rock genre. His resonant lyricism and willingness to challenge the boundaries of what it meant to be a rock vocalist sets him apart from most of his peers.

It may be premature to talk about Bennington’s legacy only three years following his death. However, in the streaming age in which the music industry is becoming increasingly fast-paced and genre-bending, his constant pursuit of fresh musical directions will lead him to be remembered as an innovator unafraid to take stylistic risks – one who opened up possibilities for others to follow. 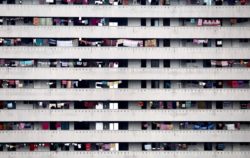 In times of crisis, music unites