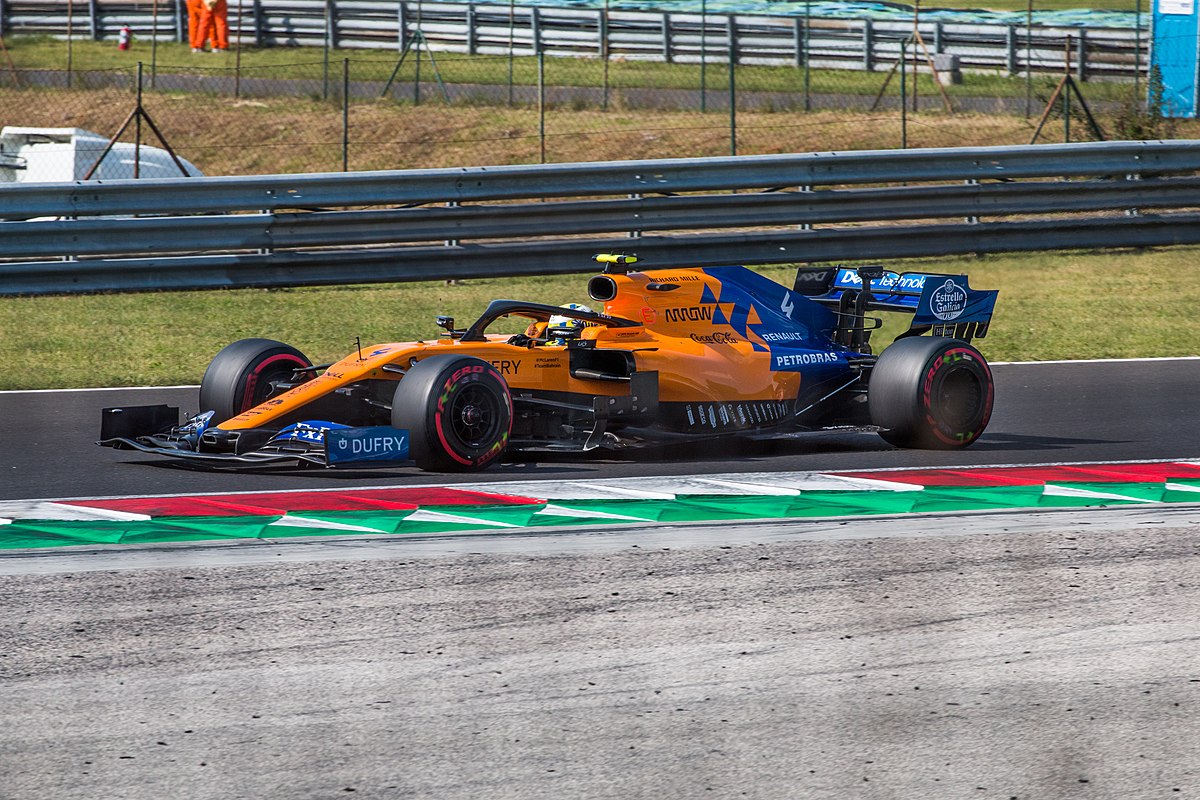 Valtteri Bottas secured victory in the opening race of the Formula 1 season, leading from start to finish at the Austrian Grand Prix. In a chaotic end to the race, Lewis Hamilton was awarded a five-seconded penalty, allowing Charles Leclerc and Lando Norris to leap into second and third, respectively.

The course of the race changed after Kimi Raikkonen lost one of his tyres in the closing stages of the Grand Prix. The consequent safety car brought the pack back within touching distance, resulting in Hamilton’s penalty and the drama that ensued. Had it not been for Alpha Romeo’s mishaps, Mercedes would have walked away with a comfortable one-two.

On an afternoon defined by reliability issues, it was a predictability shore-footed performance from Bottas, who led the weekend from start to finish.

It wasn’t to be for the reigning World Champions. Hamilton sent Albon spinning in the sixty-first lap of the race, opening the door for Leclerc to land Ferrari a second-place finish in Austria. Hamilton’s indiscretion also allowed Norris to secure the first podium-finish of his career – bookending what has been a difficult offseason for McLaren.

Further down the grid, reliability was an issue for Max Verstappen, Daniel Ricciardo, Lance Stroll, Kevin Magnussen, George Russell, Romain Grosjean and Raikkonen. Covid-19 unleashed a wave of chaos in Formula 1; teams are yet to find their feet as a result.

With two laps remaining, Daniil Kvyat’s rear tyre blew-up amid spectacular circumstances. The Russian became the ninth non-finisher of the race. It really was that kind of afternoon at the Red Bull Ring.

Sergio Perez was also awarded a five-second penalty, but remained in sixth position for Racing Point. The Ferrari-bound Carlos Sainz finished fifth, completing a spectacular weekend for a McLaren team that had spent much of lockdown fearing the financial repercussions of the sport’s hiatus.

The Austrian Grand Prix brought Formula 1 back with a bang

Pierre Gasly, Esteban Ocon, Antonio Giovinazzi and Sebastian Vettel rounded-off the top ten, marking the end of what was a truly spectacular closing stage to the first race of the season. It was a disappointing running for Vettel, his early spin once again underscored concerns about his form since joining Ferrari.

Nicholas Latifi crossed the line in eleventh position, just seven seconds behind the great German ahead of him. The Austrian Grand Prix brought Formula 1 back with a bang, and the drivers will be back on the same track next weekend.

After setting the fastest lap of the race in the final lap of the race, Norris snatched his spot on the podium by just one-tenth of a second. For the first time since the middle of the last decade, Hamilton is not the front-running Brit in the Drivers’ Championship. Norris is the third youngest podium finisher in Formula 1 history.

After the race, Norris said: “There’s a few moments where I thought I fudged it. I dropped to fifth with a few laps to go and Carlos nearly passed me and I managed to get back past Checo and I ended up on the podium.

“It was a good race, a hard last few laps to push as hard as I can, I’m so happy for the team to achieve what we have given where we were a few years ago.

Although Norris’ lead over Hamilton is unlikely to last, McLaren’s start to the season will be a welcomed surprise to Zach Brown and Co. in the team’s boardrooms. Could McLaren be the best of the rest in 2020?

Haas could be in for yet another painful season, both of their cars were retired owing to brake malfunctions. Racing Point, meanwhile, clearly have the pace to compete at the front of the middle pack.

For 61 laps, the opening race of the Formula 1 season cut a familiar tone: Mercedes were utterly dominant at the front. Raikkonen’s wandering wheel set chaos in motion, sparking life into what had been a relatively straightforward race weekend.

It was the drive of a champion from Charles Leclerc, his Ferrari didn’t have the pace required for a podium finish. Regardless, Ferrari’s future dragged the team to yet another podium finish. Vettel’s drive, once again, raises questions about the German’s future in Formula 1.

Formula 1 reconvenes in Austria next Sunday for the second round of the season. Another dominant performance from Bottas would be a true statement of intent from the Finn.