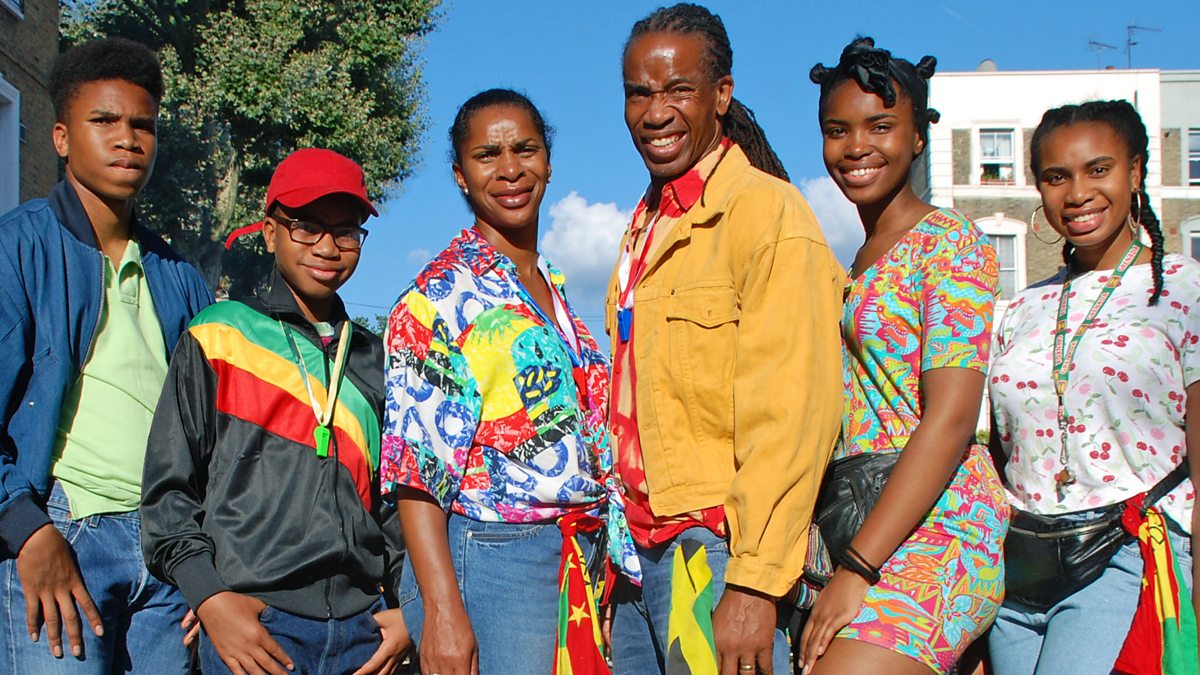 I first watched Back in Time for Brixton when it aired in November 2016, following the success of previous shows in the same format (which I also enjoyed). Like all the entries in the Back in Time saga, I loved it – social history is a particular interest of mine – and was delighted to find it had returned to BBC iPlayer. Following the Black Lives Matter protests, the BBC pushed their ‘Black and British’ programmes to the front of the streaming platform. It was definitely worth a second watch… and a third, and a fourth… Needless to say, I would recommend the programme to anyone.

It follows the Irwin family as they ‘travel through time’, experiencing what life was like for Caribbeans who immigrated to Britain in the post-war period. Over the course of two episodes, they learn what work, culture, food, and life was like for first-generation immigrants who arrived in the United Kingdom. As well as looking at the personal lives of families, the show also considers the wider social and political factors that impacted on their lives: for example, most immigrants settled in Brixton because it was cheap accommodation and was close to the workplaces.

While the format of the show doesn’t differ from the original Back in Time for Dinner, it exposes the differences between black and white history

Just like in previous iterations, the family live through several decades over a matter of weeks – from the 1940s to the 1990s. They live in historically accurate clothes and a house which mimics what houses looked like in those eras; the Irwins even pay a visit to the bomb shelters, which were repurposed after the war to house immigrants arriving from the Caribbean. Where they work, what they eat, and what they do are all based on records from the time.

While the format of the show doesn’t differ from the original Back in Time For Dinner, it tells a radically different story to the original and exposes the differences between black and white history. The original show focused on a middle-class white family (who the BBC present as being “the standard British family”), and spanned two seasons with a Christmas special thrown in for good measure. Although there is some conflict, mostly regarding gender roles, it’s overall a fairly light-hearted affair with the occasional dodgy meal and some stylish retro outfits.

In contrast, Brixton is the opposite: struggle after struggle is faced but the family manage to have a great time regardless. It’s also more grounded in reality – the original show felt like more of a retro fantasy lived out by those who could afford to, whereas both parents in the Irwin family were children of immigrants and the past doesn’t seem so distant somehow. While most people choose to believe segregation is buried in the past, Brixton teaches us that it was only a few decades ago that people wouldn’t buy a bus ticket from a black man or even hire him to work on a bus at all.

Coming from Bristol, I’m always surprised that people aren’t aware of the city’s history. While toppling Edward Colston (a man who made a fortune from slavery and invested it in the city) certainly made the headlines, inequality didn’t stop at slavery. The show touches on the Bristol bus protests, inspired by the civil rights movement in America, which exposed the racism of the bus company and successfully protested it. When these parts of history are touched on, even in Bristol, it’s only briefly or as an afterthought – as if black history is a footnote.

While I love this program and encourage others to watch it, it’s almost as if the BBC didn’t think it was worth investing as much time and energy into this programme. Why several series looking at white history and only a short special looking at black history? If the new series Black and British proves anything, it’s that black history is just as much as part of UK history as white.

Social and cultural history is truly fascinating (to me at least and as a sociology student I might be biased), and I think this programme as well as its predecessors prove that. Looking at where we’ve come and where we’ve been is not only interesting but important too – only by knowing where we’ve been can we truly know where we’re going. But the BBC needs to be bold and go a little further where minority representation is concerned. I can only encourage the producers to consider a more diverse casting the next time they go “Back in Time” and think more about who they’re showing as “the average British family”.