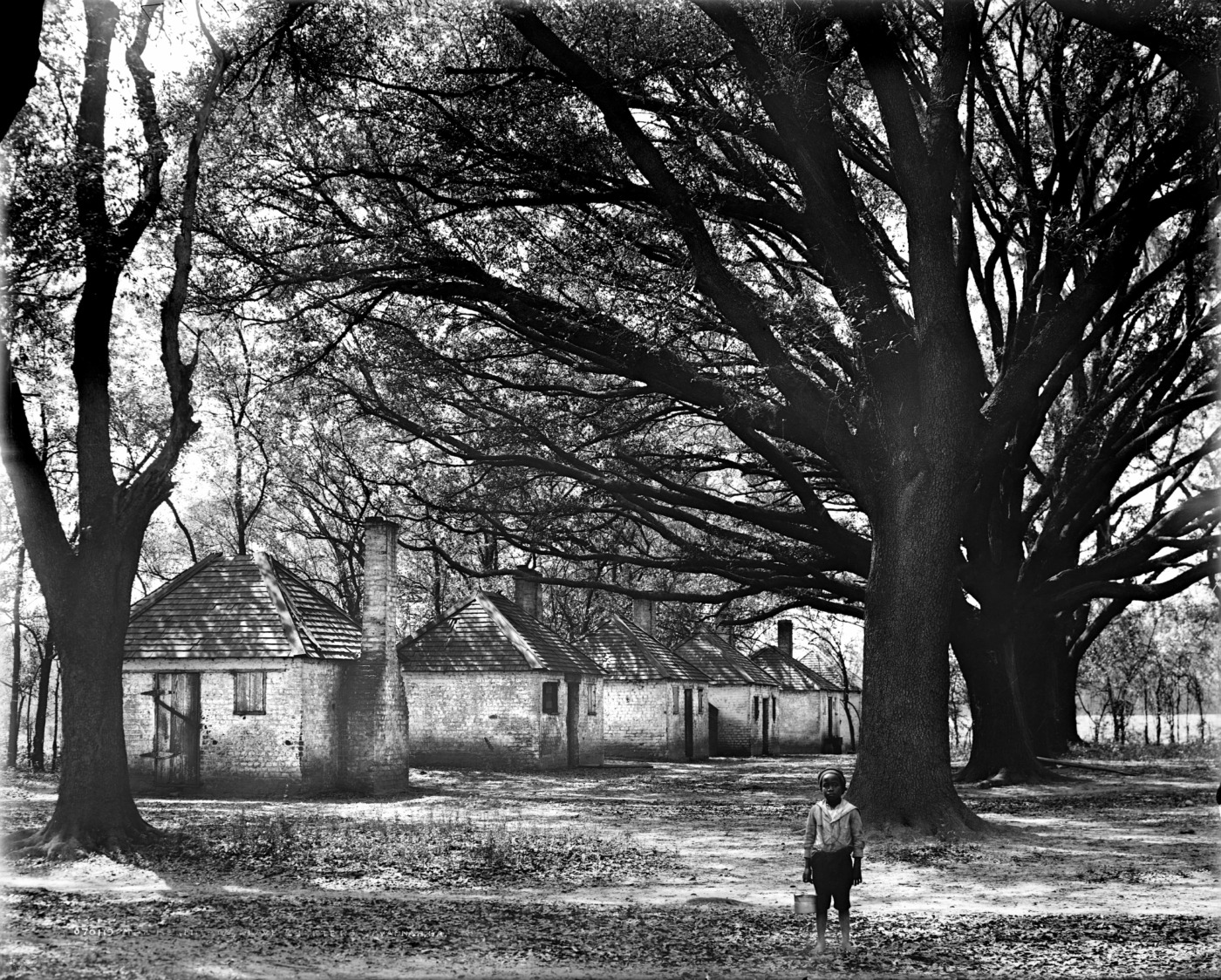 ‘The 1619 Project’ was founded to assess the effects of slavery in the year that marks four centuries since the first enslaved people were brought to America. Published in The New York Times, the essays look at the role of black Americans in influencing all aspects of the US today. It looks at a range of topics from the ‘brutality of American capitalism’, the discrimination in the medical field throughout history and the widely recognised racial inequality of the US prison system through the lens of America’s slave owning history.

It has sparked a great degree of controversy over its claims about American history and national identity. It was Nickole Hannah-Jones’ lead essay, the backbone of the project and winner of the Pulitzer Journalism award for commentary, that has also faced the most backlash.

Many view this project as having a unique emphasis upon the importance in the formation of America. Hannah-Jones places black Americans at the heart of the historical narrative in a way unseen before. It has sparked significant criticism from historians, politicians and other journalists too.

The prize-winning article leads with the tagline ‘Our democracy’s founding ideals were false when they were written. Black Americans have fought to make them true’. Along with this, the piece asserts that the story of America as a nation does not begin with the Declaration of Independence in 1776, but at the arrival of the first black enslaved people to Virginia. It makes other significant claims about notable events in American history. These include, amongst others, that the American revolution was partially driven by the desire of some colonists to protect the slave trade and the wording of the constitution was specifically designed to entrench slavery as a practice. It also reasserts a disputed claim that Abraham Lincoln was not pushing for equality in his desire to emancipate slaves.

The piece asserts that the story of America as a nation does not begin with the Declaration of Independence in 1776, but at the arrival of the first black enslaved people to Virginia

These have proved controversial. Within the world of historical academia there are concerns around the arguments put forward by Hannah-Jones and how well supported they are. With the piece winning the Pulitzer prize, it has become part of the Pulitzer Center’s curriculum. This makes it accessible material for school and universities to implement into their own curriculum. This has come to concern some historians as they feel the piece has not been as scrutinised at traditional academic work.

Within the world of historical academia, there are concerns around the arguments put forward by Hannah Jones and how well supported they are

In response to the piece, The New York Times received a letter from 5 historians who were ‘dismayed at some of the factual errors in the project and closed process behind it’, suggesting that not enough research had gone into the piece. It has also come under fire from one of the historians that the project had consulted, Leslie M. Harris. She stated that her advice to remove the argument the piece put forward about the roots of the revolutionary war were ignored.

Some have interpreted the arguments put forward by its author as biased and unsubstantiated. Hannah-Jones begins and concludes with very personal anecdotes from her childhood, implying a preconceived bias towards America and how history has fractured her own identity.

This is perhaps why historians such as the professors who raised their concern felt the piece was damaging, presenting itself as a piece of history when really it was a commentary from a black American perspective. With history meant to be analytical evaluation of facts, many may feel the piece has fallen short of this.

In response, the publication’s editor in chief, James Silverstien, argues that they are not factual errors, but new interpretations drawn out of extensive historical research. In his response he outlines the consultations of academics to help construct the piece and its arguments. He also argues that “historical understanding is not fixed; it is constantly being adjusted by new scholarship and new voices.’’

In response,the publication’s editor in chief, James Silverstein, argues that they are not factual errors, but new interpretations drawn out of extensive hisotircal research

Changes in historical perspectives are constantly happening. The 1619 Project could be seen to be one of these new developments in the historiography of America. From the use of feminist to post-colonial critiques, new theories and interpretations of events have faced backlash when initially proposed but are now more widely accepted. The 1619 Project’s controversy could signify that it is about to be the new area of debate around American history and potentially develop into a more widely accepted perception of America’s past.

Controversy has come not only around the practice behind the piece but also its content. Whilst some such as The New York Post believe it has ‘slandered America’ whilst some such as Poynter have said it ‘will be remembered for one of the most impactful and thought-provoking pieces on race, slavery and its impact on America that we’ve ever seen.’

It is clear that the piece has been divisive across the nation. The article has received condemnation by former House Speaker Newt Gingrich as being ‘propaganda’. Others such conservative commentator Eric Erickson have accused it of continuing to fuel a lack of unity and bipartisanship that is seen to be developing in America.

With the growing attitude among white Americans that they are losing their place as the majority, the topic of race in the US has become a tense one. There has been a rise in the reassertion of white supremacy in the US, that it is their nation and they own the land. Race relations in America, as demonstrated by much of the project and the backlash to its ideas, remain fraught. Slavery is seen to be a stain on the nation’s history. It is a controversial topic, bound to provoke backlash and criticism.

But to some, the project is a piece finally giving dues to the enslaved people who were used to build America’s infrastructure, pick its plantations and help its economy grow. With black voices in history often reduced to nothing, the piece can be seen to be giving these people the acknowledgement at the heart of America’s development.

The project is a piece which finally gives dues to the enslaved people who were used to build America’s infrastructure, pick its plantations and help its economy grow

But Hannah-Jones’ work can equally be viewed as controversial by black Americans. The argument that black Americans being granted legal rights in America achieved its goal of being a democracy and free nation is potentially provocative.

Police brutality and mass incarceration of black Americans, starkly socio-economic conditions, gerrymandering and voter suppression are still present in America. They are currently disproportionately affected by the Coronavirus pandemic. Several cases of black citizens being killed by police and other white citizens have reached the news in May. Whilst black Americans may be legally equal to white counterparts, Hannah-Jones’ may be viewed by black activists as harming calls for advances in social provisions and economic equality.

From this also comes a critique of the piece and its winning of such an accolade. Is it activism masquerading as journalism? Does it deserve to have won the Pulitzer prize?

It has been hard for people to discern what the 1619 Project is. Whilst winning the award for commentary in the Journalism section of the prize, it has come under many names. Activism and poor history by its critics but a ‘phenomenal piece of journalism’ by those praising it.

Journalism is regarded as being about a presentation of events. Often with both sides of an argument or interpretation around the topic is presented, allowing readers to draw their own conclusions. The piece could be seen to have an argument and interpretation of past events that to many relegate it to the realm of history. Yet, historians are also reluctant to accept it .

With the project’s status as a piece of writing remaining in limbo comes the questioning of its award. The Pulitzer prize’s aim is to award ‘Excellence in Journalism and the Arts’. Calls of poor research alongside inability to be defined feel to some as if the piece falls short of the excellence the award deems to promote.

However, regardless of the controversial nature of the project, it has been granted the award and continually supported by Pulitzer. To the board of judges, the strength of writing, message or even its bold statements to challenge the status quo have proven it to be worthy of commendation. To them it is one woman’s powerful commentary upon the state of America it is today, based on an examination of its past.

The piece’s award being so inflammatory has catapulted it into a public forum and discussion. It is being read for analysis and examined and critiqued across multiple disciplines. Sparking a national conversation and re-examination of American identity are great feats and perhaps what has made the piece award worthy.