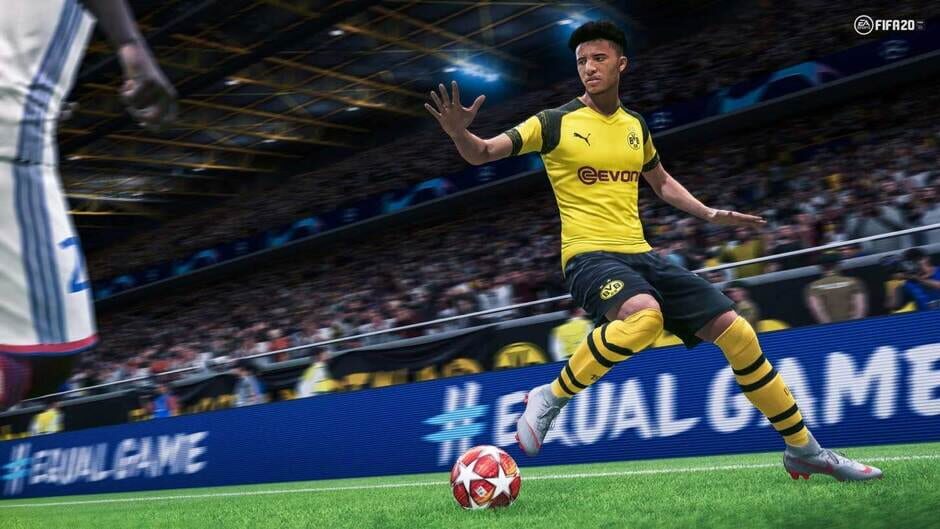 Since the early 2000s, EA Sports have utterly dominated the virtual football market. FIFA has left its rivals in the dust, scooping up the vast majority of licenses as EA exerts its dominance over Konami’s PES. The only issue with FIFA’s success is that the game is actually pretty awful.

I implore you to tap “FIFA” into your Twitter search bar, and simply scroll through the resulting carnage. FIFA, despite being one of the world’s most popular sports games, is hated – quite viscerally – by many of the people that play it. It’s quite oxymoronic. Make a subpar game, dominate the industry.

Daniel Ahmad has recently reported that EA Sports have pocketed $1.5bn from FIFA Ultimate Team (FUT) in the past year, a staggering rate of success for a fairly straight-laced game. It has been FIFA’s commercial success that has angered such a large swathe of its fans.

The charge against EA is simple: they pump out the same game year-on-year because they make so much money from Ultimate Team microtransactions, that they needn’t be concerned about improving the game.

The accusation has merit, albeit laced with hyperbole. Since Ultimate Team was introduced to FIFA 09, it has become an obsession for the game’s makers. Due to its commercial success, FUT has become the central element of the game, to the detriment of other game modes: Career Mode and Pro Clubs, to name just two.

Prior to the explosion of online gaming, Career Mode was the ballhawk of FIFA’s success. Its advocates are hardcore, and they have been unimpressed by the mode’s lack of development. In many respects, Career Mode has gone backwards, albeit with the reintroduction of training. Criticism of Career Mode has been vociferous.

What about the gameplay? Of course, people like to criticise that too, but that’s a little unfair. FIFA’s gameplay is pretty good, and it’s improved massively over the past decade. In terms of realism, however, it still lags behind the leading basketball and ice hockey franchises.

FIFA, despite being one of the world’s most popular sports games, is hated by many of the people that play it

PES provides stiff opposition, but its gameplay offers a different vision for football: it’s more methodological: you actually need to build plays. If it wasn’t for PES’ lack of licenses, many would have jumped ship to Konami.

The malaise has set in, although perhaps not to the extent that many of FIFA’s harshest critics would lead you to believe. In sum, EA are dominating football: they are titans. They produce quite an unimpressive game, that is riddled with lootboxes and microtransactions. How do we make FIFA great again?

Let’s start by ripping-off the best parts of other sport-games. Take NBA2K20 for example. You can play with a myriad of classic and all-time NBA teams from any period of the competition’s history. Imagine being able to play with Pele’s Brazil against Cruyff’s Netherlands. Even better, imagine being able to download up-and-coming youth prospects into your Career Mode. You can do that with NBA, too.

You don’t even have to leave the offices of EA to find sports games that do sport better than FIFA. EA’s NHL franchise is fantastic. Its gameplay is genuinely a reflection of the sport in real life, it puts FIFA’s attempts in the mud.

Must alluring, however, is the ability to customise almost anything about the game. Franchise Mode, NHL’s version of Manager Mode, is a joy. You can create your own NHL franchise, design its kits, rink and mascot. You can twiddle with settings that decide how dedicated your fanbase is; you get to decide when your franchise holds special match-night events that are then replicated in game. In FIFA, you’re lucky if you get to change your players’ haircut.

Career Mode desperately needs attention. It has stagnated beyond belief, an issue underscored by the fact that EA thought it was revolutionary when they added pre-season tournaments. EA could add cutscenes, although they probably would fall short of 2K’s efforts – The Journey certainly did.

It’s the little things that matter with a game like FIFA, that’s all EA needs to do to make its fans feel loved once more. If I could just one thing to the game, I would put classic stadiums in FIFA – a niche suggestion, but I would walk a thousand miles to see Upton Park in all its glory once again.

Allow me to be blunt, FIFA dominates the market. EA have a near-monopoly on the relevant licences and a vast reputational advantage over its competitors. FIFA could be better than it is, but does EA have the desire to take the game to the next level? We’ll find out in September, but I predict we will be disappointed once again.