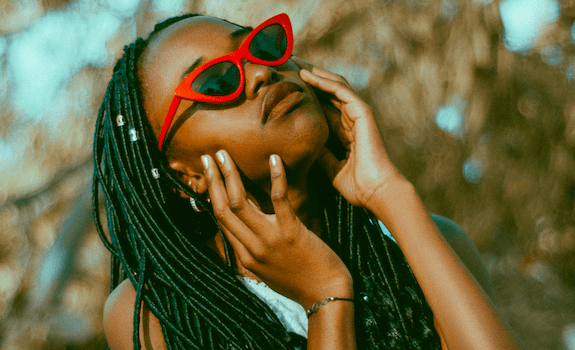 Over the past few weeks, you may have seen more Vogue covers circulating around social media than usual. These DIY covers are part of a new social media trend called the #VogueChallenge.

Beginning on TikTok, the trend saw users as their everyday selves, acting casually, before cutting to a photo of themselves edited to look like the cover of a Vogue magazine. One of the most interesting things about this trend is this level of normalcy surrounding the covers.

Although some of those partaking are professional models and photographers showcasing their amazing talent, there’s also a large number of ‘ordinary’ people taking part, as we see with many social media trends. The TikTok videos show the user sitting or doing something normal in front of the camera before we see their cover, giving us a snapshot into an aspect of their average life. This is obviously not something we would usually see in the pages of Vogue, with the models being exceptionally styled and made up.

The trend not only went viral on TikTok but also Twitter and Instagram. The covers that have been left under this hashtag are stunning. However, this trend is not an art challenge. It highlights the real issues with Vogue and the clear lack of black models and photographers that exist within the magazine.

Vogue, along with many other high fashion magazines, have a problem with diversity. In 2018, Tyler Mitchell became the first black photographer to shoot a Vogue cover in the magazine’s entire 125-year history, after being chosen by Beyoncé to do the shoot. There has not been another cover shoot by a black photographer since. ‘The Pudding’ conducted research into colourism in high fashion, specifically Vogue’s representation over the last 19 years.

Vogue’s covers have seemingly become more diverse in recent years. However, if we look at the five darkest and lightest cover models, we find that three of the five darkest models are the same person, Kenyan-Mexican actress Lupita Nyong’o. On the light end of the spectrum, we see five distinct faces instead. The majority of black women on Vogue’s covers are also light-skinned.

In light of the recent anti-racism and Black Lives Matter protests and movement, Anna Wintour, the editor-in-chief of the US edition, sent a note to employees of Vogue. She admitted to the mistakes of the magazines regarding past images and stories that had been “hurtful or intolerant.” She then wrote that “it can’t be easy to be a Black employee at Vogue, and there are too few of you. I know that it is not enough to say we will do better, but we will.”

Given that Wintour has held her position since 1988, you cannot help but question the sincerity of this message. If she truly believed in her message, why has she only done the bare minimum? It is easy to understand the frustration towards Wintour by those underrepresented in Vogue, hence the importance of spreading messages about Vogue’s lack of inclusivity and diversity, as the challenge aims to do.

Vogue was founded in an era that saw racism entrenched openly in many industries and thus requires drastic change in order to fix itself rather than empty words. In a recent article, Vogue America’s first black cover model, Beverly Johnson, argues that Wintour is the most powerful person in the world of fashion. If structural changes are needed, she should be able to hold her peers in fashion accountable. The reality is that times are changing, and we no longer want to see white-washed models combined with black talent being ignored. The #VogueChallenge has demonstrated exactly the type of excellence that this magazine is missing. 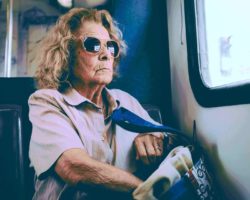