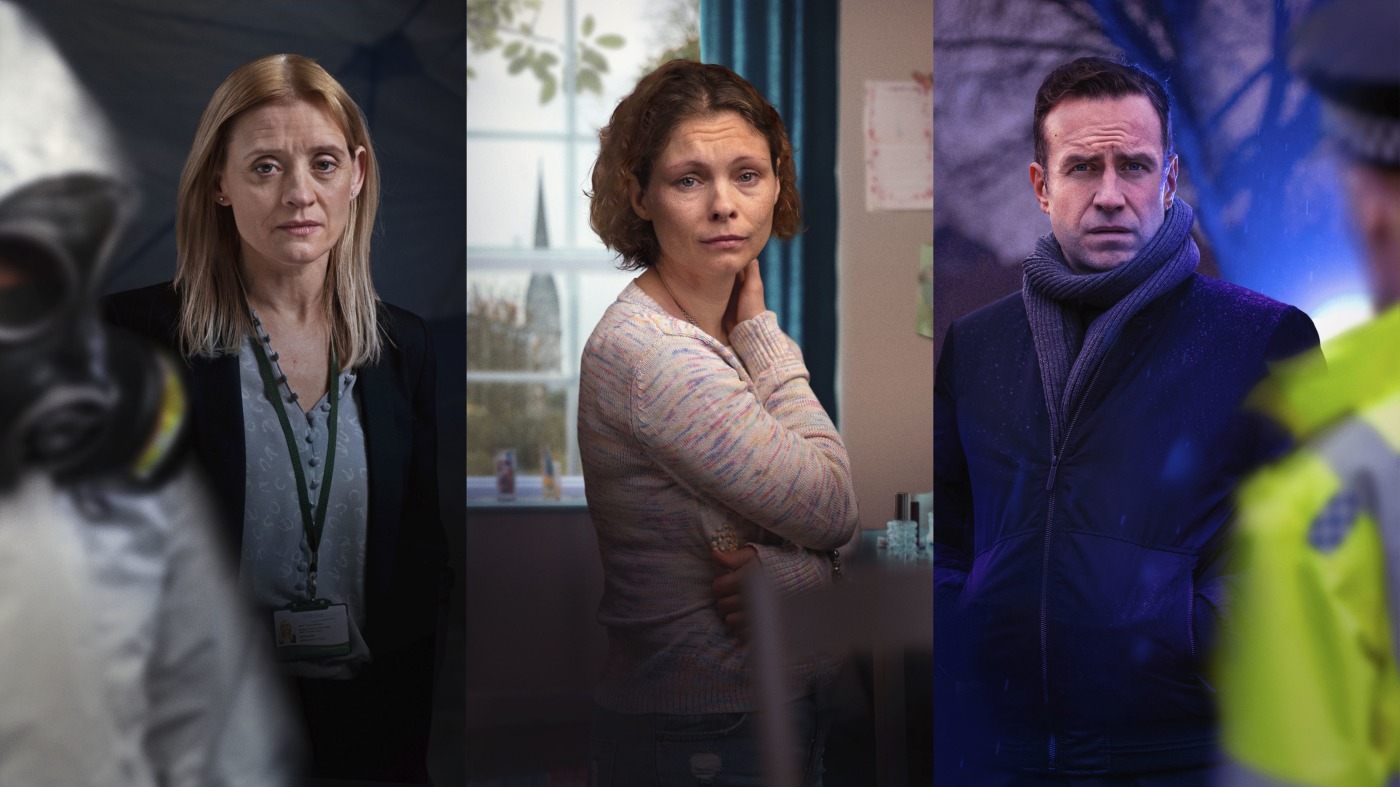 The BBC One drama follows the 2018 scandal of Segei Skirpal, a former MI6 double agent who worked as a Russian military intelligence officer, who got poisoned with Novichok, a nerve agent. He relocated to Salisbury in 2010 under a spy exchange agreement and admitted that he never felt safe – in the drama, he said: “Putin is going to get me”.

This poison, kept in a perfume bottle, was discarded carelessly and was found by Charlie Rowley who gave it to his girlfriend, Dawn Sturgess (MyAnna Buring), as a gift. Sergei and his daughter Yulia, as well as one of the first officers at the scene, DS Nick Bailey (Rafe Spall), were critically ill but Dawn sadly passed away.

Alexander Petrov and Ruslan Boshirov, Russian intelligence officers, were cited by the British government as the prime suspects, but Russia claimed they were innocent. There was a ‘confessional’ interview where the suspects defended themselves, saying they were in the city to see the 123m cathedral spire.

Despite recounting a national scandal, the most prominent message by the end of the show is the importance of family. The three-part drama painted an honest picture of a supportive unit and how much love they had to give – it was not overly dramatic or trying to be an exact reconstruction. It was based upon extensive research and interviews with those affected and was released at the perfect time – it invited the audience to remember how the families of COVID-19 patients must be feeling and emphasised the human side to our public service workers.

It foreshadowed familiar scenes to what we have been witnessing recently, especially by including clips from the national news. These segments are freakishly similar due to the PPE discussions and concerns, as well as an underlying tone of uncertainty. The poisonings were also reported as an invisible enemy, like COVID, and is a real reminder of how hard the authorities work. It presented public service workers as individuals with individual feelings – reminding us that even the professionals feel overwhelmed with the intense pressure but continue to work as hard as they can.

In true BBC-style, they appear to have aimed to be as neutral as possible and simply tell a story

Despite the amount of supposed research that had been carried out before filming, there was no effort to address the headlines or rumours surrounding the scandal which were discussed rigorously back in 2018. In true BBC-style, they appear to have aimed to be as neutral as possible and simply tell a story rather than draw upon the current trend of documentary-style conspiracy shows or try to market the show as exposure to the ‘real story’. Although it was filmed before COVID, perhaps the purpose of the show was to exhibit a fresh, more emotional side to police officers, but maintain the popular true-crime drama. This style seems to be circulating the BBC a lot this year – perhaps it is their attempt to provide their take on a docu-series, which are taking Netflix by a storm, but add a more mature edge.

Due to the narrative being told via the news, so in the same way as we observed two years ago, the show relied on the performances of the main characters and thrilling sensations projected through the camera work and colours. Each centre character was contextualised and was shown in their home, giving their family love and affection – a familiar scene for many. Gradually, their families are more and more impacted by the scandal. However, all continue to remain calm and collected, suggesting the ordinary family are resilient and robust, which also places a spotlight on how the everyday person, as well as police officers, are admirable in unprecedented circumstances.

This avoidance of over the top drama made the series more captivating as it emphasised their innocence and allowed for the audience to get attached to the relationships explored, so, even though I knew how it would end, I was rooting for the characters to get better and had a more emotional reaction to the death of Dawn Sturgess. It was a true tragedy, she was an alcoholic living not the most comfortable life, but died due to the fault of someone else.

The end of the final episode features a ‘where are they now’ segment. It shows the real-life characters and what has happened to them in the past two years. DC Nick Bailey is pictured with his family. He is described as struggling with his mental health as a result, which is a powerful message and reminds the audience of the compassionate nature of officers and the emotional side of men. The most shocking part of the conclusion is frankly that the Russians got away with the murder of an innocent woman, and the fact that the series reminded us of the importance of the everyday person, which shows that we are quick to forget their efforts in such crises.