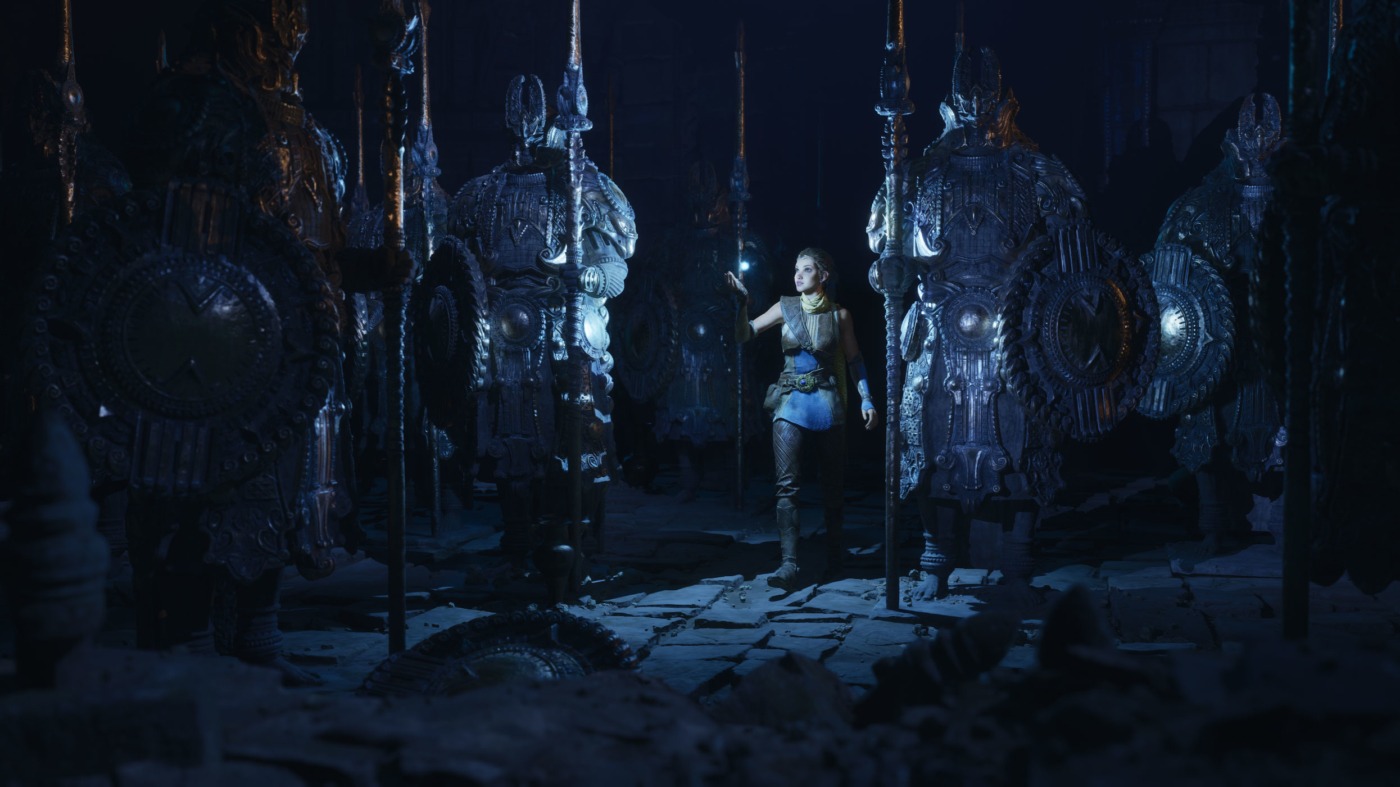 One of my fondest video game memories comes from the over-the-top sound effects that occupy the splash screens of game engines from the seventh generation of consoles, whether that came from booting up Crysis to hear ‘achieved with CryEngine’ or from the Unreal Engine 3 headphone-blasting song. These days it’s more fashionable for modern engines to be silent and stealthy, and we certainly didn’t see the reveal of Unreal Engine 5 (UE5) coming at the Summer Game Fest.

For the first time we saw actual gameplay on the PlayStation 5 (take notes Xbox), albeit as a tech demo of UE5. Two key developer tools were shown in the preview: ‘Lumen’ and ‘Nanite’. Boy, were they impressive.

Lumen is a real-time global illumination system, or in simple terms, it deals with the game’s lighting. Lumen is in-between real-time ray-tracing and the more traditional forms of ray-traced lighting. The benefit of this is that the cost to performance is much less impactful than real-time ray-tracing, while still keeping some of the visual improvements.

Nanite is a micro-polygon rendering system which allows artists to place high-quality game models directly into the game, rather than having to compress or lower their quality for better optimisation. This technique has previously only been used in the film industry for CGI, so it’s a first for video games. The quality of the model is then scaled depending on how much it is at the forefront of the scene to keep performance high. The results are stunning: the environment models in the tech demo really did look like it came out of a Pixar animation.

I should emphasise that as this was a tech demo initially planned for the Game Developer Conference, actual games will have stricter performance constraints. After the showcase, it was revealed that UE5 demo ran at 1440p 30 FPS which – smug PC gamer elitism aside – doesn’t exactly scream next-gen. I think this best summarises what the next generation of console will be like: a massive emphasis on visual quality over high framerates, which is a shame, because I think there was real potential to finally give console players a choice between high performance and visual fidelity. I still have hope that Xbox will give us some choice given their marketing has emphasised gaming at 120 FPS.

Epic also mentioned that filmmakers can also use the engine’s technology, though I would take that with a grain of salt. I cannot imagine big-budget movie studios like Industrial Light & Magic with in-house animation software to switch to UE5. However, I can see the potential for use by indie filmmakers with low budgets: UE5 would make the animation genre more accessible which will certainly lead to more unique and interesting films.

The most significant improvement is one that was not so obvious, but will drastically change level design. With the introduction of super-fast solid-state storage, level designers no longer have to create long narrow corridors or elevator sequences to mask the loading of new areas. This should mean you’ll stay longer in the action and game worlds are structured more like the real world.

These are exciting times for the future of gaming, the significant leap in graphical fidelity will benefit PC and console users alike.