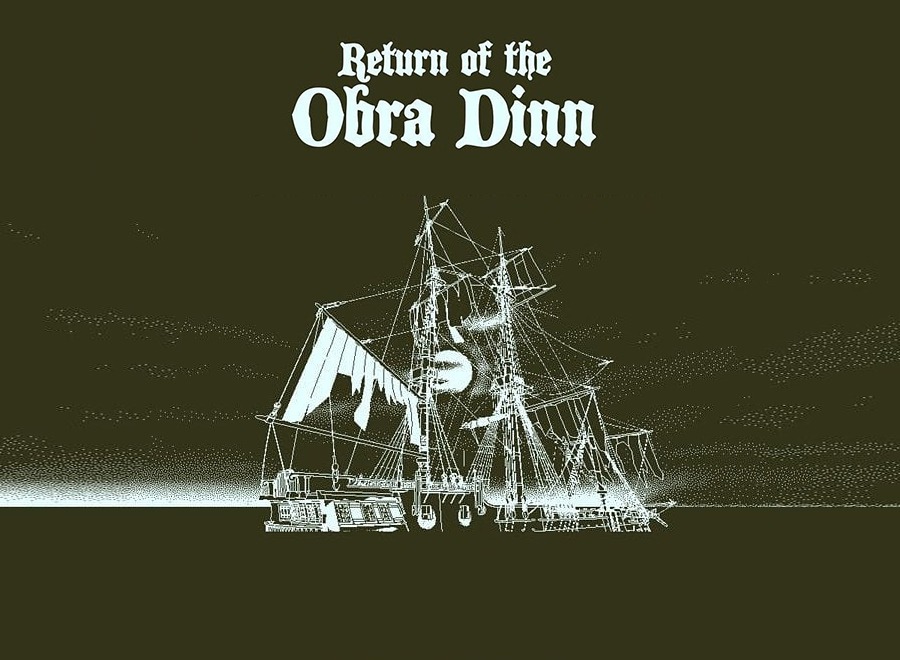 Return of the Obra Dinn is a game I played over the course of perhaps three days in January. It is a game I desperately wanted to talk about, and yet I struggled to articulate either my criticisms or praises.

A lot of that comes down to the plot and how it manifests itself in your mind as a jigsaw puzzle, silently and subtly being pieced together. How it embeds itself into the player’s brain, making your memory work to solve the mystery alongside you: both a tool and an unseen ally. But in-depth opinion pieces and narrative deconstructions are for that YouTube channel I always said I could start but have no real desire to create, and so instead, I want to bring you a spoiler-free report on why this is a game you must pick up for yourselves.

Genre reinvention, what does it really mean? This is a question that plagues any writer or creator, particularly those involved in the video game industry. It largely boils down to the decision of whether to stick to a certain formula (your FIFAs and your Call Of Duty clones), or attempt to put a new spin on what already exists (Telltale’s reinvention of the adventure game or Hideo Kojima creating the stealth genre out of the existing action formula). But what about a genre that to this day remains incomplete? How can we reinvent the mystery genre when it hardly has established any legs to stand on?

For all my enjoyment of both Frogwares’s Sherlock Holmes series and Level 5’s Professor Layton series, I understand that the mystery genre is limited by the reality that an immersive detective game will always be on some level an impossibility. So rather than trying to reinvent the genre, developers must take hold of the characteristics of these mystery games and shape them in a way that brings their game as close to that seemingly unattainable goal as possible.

Obra Dinn and its plot reach quite outlandish moments, but what makes the game work is its simplicity

Where Return of the Obra Dinn shines is its departure from traditional plot elements or structure. You are told you are an investigator put on a ship that departed in 1802, failed to meet its rendezvous point six months later, and has now drifted into a port five years in the future, with everyone aboard dead. The setup speaks for itself. That alone is all it takes to intrigue you for the game’s entire duration (it took me approximately six hours to complete). The rest is up to you to discover by investigating bodies to find out what happened in the moments leading up to that person’s death or escape.

Common sense is all you need, and the game is really quite easy if you just think of all the possibilities. Of course, the game, much like the truth of many other mysteries, will surprise you, and so you’ll be challenged to think outside the box. In actuality, Obra Dinn and its plot reach quite outlandish moments, but what makes the game work is its simplicity. The answers may be complicated and hidden carefully, but the investigation’s premise will always be the same: to find out a person’s fate. For that reason, even the hardest answers to find are redeemed, because you will be traversing the ship with that singular goal in mind.

This is a game that will dare to charm you just as much as it will force you to dig through its convoluted plot to find the little details and hints that bring the entire timeline together. You will piece together the entire story, bar one chapter to be revealed at the end. I concocted a much better idea to tie the entire plot together while watching the last details play out, however I’m sure many others will be quite pleased by how unexpected the truth turns out to be. This game will not take up a lot of your time, but it will require full focus, even challenging your subconscious to dig through your memory and work on connecting the dots in the background. But if, like me, you are still searching for the perfect detective game, give this a go.