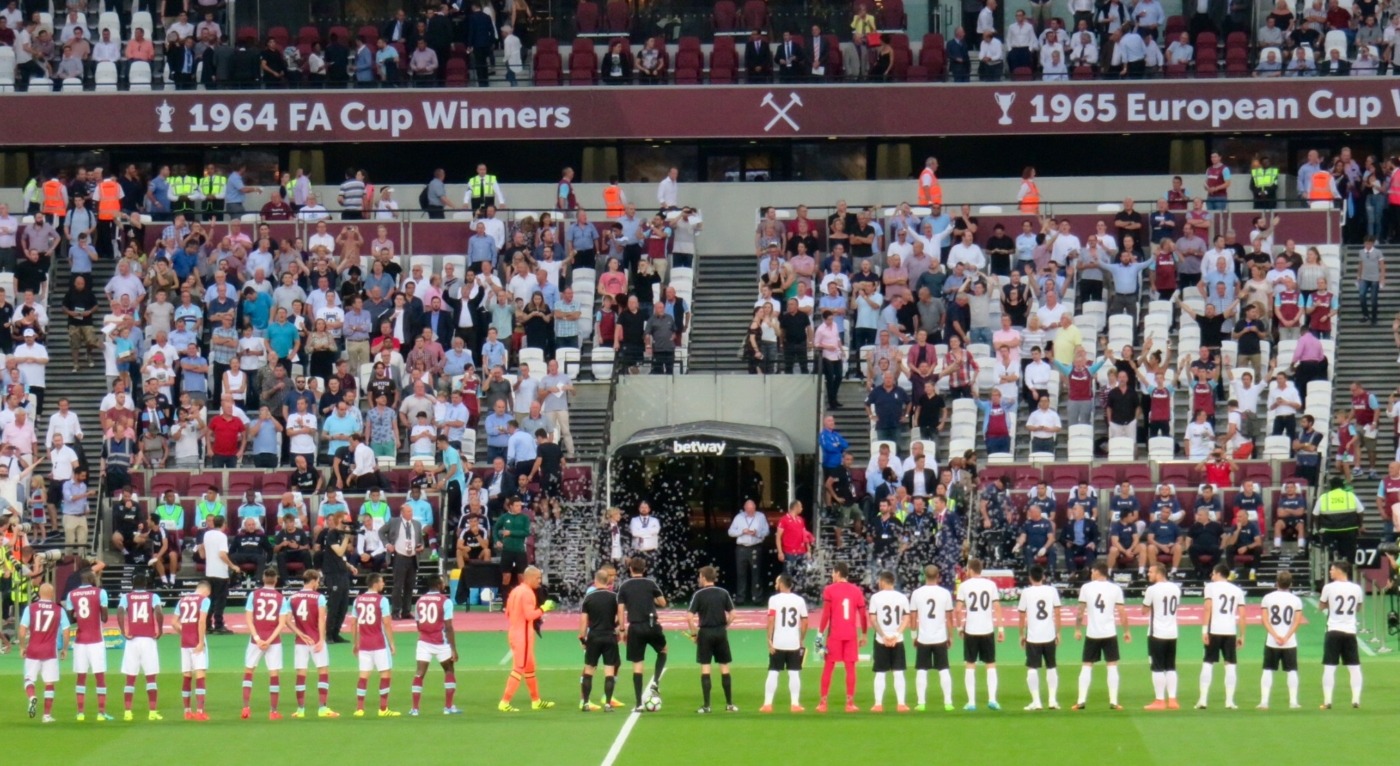 As the Premier League’s return edges ever-closer, the financial repercussions of ending the season in the relegation zone might just have started to dawn on the league’s bottom six clubs. Although Norwich, Aston Villa and Bournemouth will reopen the season in the drop zone, Watford, West Ham and Brighton find themselves in an equally perilous position. Irony has befallen the Hammers’ restart plans.

Before the announcement that the Premier League would be restart on June 17, West Ham vice-chairman Karen Brady had led the charge against the league’s resumption plans. First, Brady proposed that the 2019/20 season should be anointed null and void. Brady’s decision to come out in favour of curtailment surprised few onlookers: the stench of self-interest was evident. Voiding the season would spare blushes in east London.

Once it became clear that the votes were not tallying in Brady’s column, a new campaign began in earnest. West Ham dominated the argument against the use of neutral venues, rallying upon notions of sporting integrity. The Premier League’s neutral venue proposal was beaten, a moment that seemed to suggest that the league’s restart plans had been kicked into the long grass. At the time, opposition to neutral venues was a proxy vote against Project Restart.

Three teams will be sent packing to the Championship in August

Much to the shock of the bottom six, Project Restart was revived. The Premier League will be resuming later this month and neutral venues will not be required. Football is back, following the blueprint laid down by the German and Austrian Bundesligas. Relegation remains on the table: three teams will be sent packing to the Championship in August.

There is certainly an irony to West Ham’s predicament. Since moving to the London Stadium four seasons ago, West Ham have pivoted from one crisis to the next. Unrest off the pitch has often been a distraction, although turmoil has frequently spilt over onto the playing surface. You will remember unsavoury scenes from a match at the London Stadium against Burnley.

West Ham’s move to Stratford has been unsuccessful. The club’s supporters were promised “next level” football; instead, West Ham have regressed since their final season at Upton Park. The London Stadium has been an unhappy hunting ground for the Hammers, they have been among the worst performers on home soil in the English football since 2017.

Clubs that play defensive football have suffered without fans

West Ham will thus be restarting the campaign without the support of their fans, at an empty stadium. You only have to look at the form book in the Bundesliga since German football resumed to notice a clear trend: home-field advantage has been eroded. Only Bayern Munich have prospered on home soil, while clubs that play defensive football have suffered without the support of a wall of noise.

David Wagner’s Schalke have been atrocious. Schalke – who have won just once since the Christmas break – and have struggled to find their step since the restart. Comparisons can be drawn between Schalke and West Ham: David Moyes’ side are equally defensive and similarly devoid of pace. Likewise, Union Berlin have struggled since the restart. The Bundesliga has proven that a deep block can only take you so far without the support of a siege mentality among spectators in the stadium.

West Ham face a difficult run to the end of the season: clashes against Manchester United (A), Chelsea (H), Tottenham (A) and Wolves (H) await the east London club. West Ham are set to face relegation rivals Aston Villa at home on the final day of the season. If trends from the Bundesliga are replicated in English football, West Ham are in grave danger of falling through the trap door.

Home advantage has been decimated in the behind closed-doors era

There are – however – glimmers of hope for West Ham. The league’s suspension has allowed several first team players to return to fitness, the club is yet to suffer a positive COVID-19 test and winnable matches are in the pipeline. West Ham will face Watford (H), Norwich (A), Burnley (H) and Newcastle (A) after the restart; if they are to stand any chance of beating the drop, the Hammers have to beat the teams around them in the standings.

There is an irony to West Ham’s plight. For so long, Karen Brady campaigned against the restart with such vigour. The club then seized upon the opportunity to oppose neutral venues. The Bundesliga has proven that home stadium advantage has been decimated in the behind-closed-doors era. If West Ham are relegated, the club will only have themselves to blame.