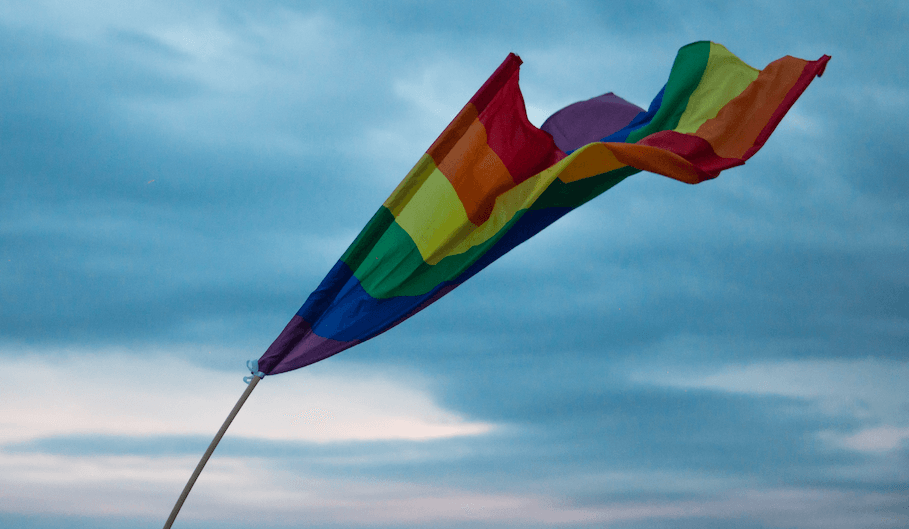 Being black and LGBT+ means that you live your life navigating your emotions and appearance in response to socially constructed concepts and norms. Those that have marginalised identities within both categories can feel like their existence and experiences are often at odds with perceived social norms or preferences.

I am a mixed-race (black Caribbean and white) woman and bisexual, meaning that I sit in the middle of the spectrum of both marginalised groups. My experiences are far from being the monolith of what it is like to be black and LGBT+, but simply a small insight into a group of both communities. From growing up in a generally welcoming, open and progressive environment, my challenges have been less external and more internal.

I think I probably spent more of my life denying my black heritage than I did my bisexuality. In the awkward photos of my teenage years, you can see the attempts to assimilate to the styles and looks of my white peers – the straightened hair with an awkward ‘dip-dye’ phase (that yes, did go that awful brass colour) and the pastel-coloured two-tone vans.

Society’s attitudes towards black and LGBT+ communities are historically hostile

My bisexuality initially felt less complicated. I don’t regard myself as someone who stuffed myself into ‘the closet’ or had an initial internal struggle with the fact I was also attracted to women. I think the conversation about sexuality was, at least in my family and friendship circles, something that was not taboo or controversial.

However, after showing photos of my younger self to a newer friend, they pointed out how physically uncomfortable I looked. The way I held myself was of someone not being authentic in their self-expression. Then I noticed the distinct lack of selfies from the era when every teenager became their own photographer. I did not like myself or how I looked. I had been avoiding seeing how miserably I was failing at fitting into a white, heteronormative world.

Now, I am much more accepting of my race than I was back then and still vocal and confident in my sexuality but my relationship with these two parts of my identity and their relationship with each other hasn’t gotten any less complicated. Society’s attitudes towards black and LGBT+ communities are historically hostile.

In many ways, I hold privileges within these identities. Being mixed-race means that I don’t experience racism and anti-blackness to the extent that other black women do. Bisexuals also have the ability to have heterosexual relationships and to conform to a couple dynamic that society is more accepting of.

I found it incredibly hard to write this article to ensure I wasn’t making generalised statements off of my own experiences but being from a black background and part of the LGBT+ community comes with unique challenges. You are battling internalised racism and homophobia at the same time and they often conspire to make you feel very unsure of yourself.

Many anti-black sentiments and centuries-old racist portrayals of black sexuality have led to some complex views of myself as a mix-raced woman who likes women. There has been a portrayal of black women as more masculine and aggressive, with a well-known example of this being comments made about Michelle Obama while she was First Lady. As well as this, there has been the presentation of black men as violent sexual predators that can be seen throughout history from right back to Shakespeare’s Othello and further.

I sit in the middle of multiple groups

Combined, this has often resulted in me feeling predatory and, for lack of a better word, creepy when attracted to women. I felt not only wrong for being attracted to women in the first place but like I was in some way violating their privacy or giving them unwanted attention, like someone catcalling them on the street. I felt twice the level of shame at my attraction and it left me feeling disgusted at myself, even though I realistically knew I wasn’t any of these things or behaving in an invasive way. These fears stopped me pursuing people I was attracted to.

Stemming from this also comes worries about my own femininity. I constantly see myself as more masculine than other women because of both my attraction to women and my race. I do still struggle with how I dress and express myself, battling the comfort of jeans over a skirt against the perception of being viewed as masculine. Even though I know many women dress this way, I feel hardwired to think I am too masculine looking to dress in a masculine way and should be highlighting any femininity I possess.

It also often feels very isolating. I have never personally been isolated by either group for any aspect of my identities, but I still have anxieties. I sit in the middle of multiple groups, both privileged and marginalised, included and excluded.

I feel overwhelmingly more comfortable in who I am

Being LGBT+ by no means ensures that people are not racist and being marginalised because of race doesn’t necessarily mean that people of colour will be accepting of all sexualities. Both bisexuality and being ‘light-skinned’ are over-sexualised identities. Biphobia exists on both side of the sexuality spectrum and being mixed-race has meant I’ve never felt quite wholly at home amongst communities of both races that make up of my heritage.

The limits of language and the binaries that have been created means it is impossible to express each person’s experience perfectly. I know that a lot of my worries are internal anxieties about perception and feeling a need to belong in a neatly defined package because of these restrictions.

For me being mixed-race and bisexual is both a point of pride and frustrating. While I am still struggling to find what feels like authentically me after years of internal racism and homophobia, I feel overwhelmingly more comfortable in who I am than the person in the photos from when I was 15.