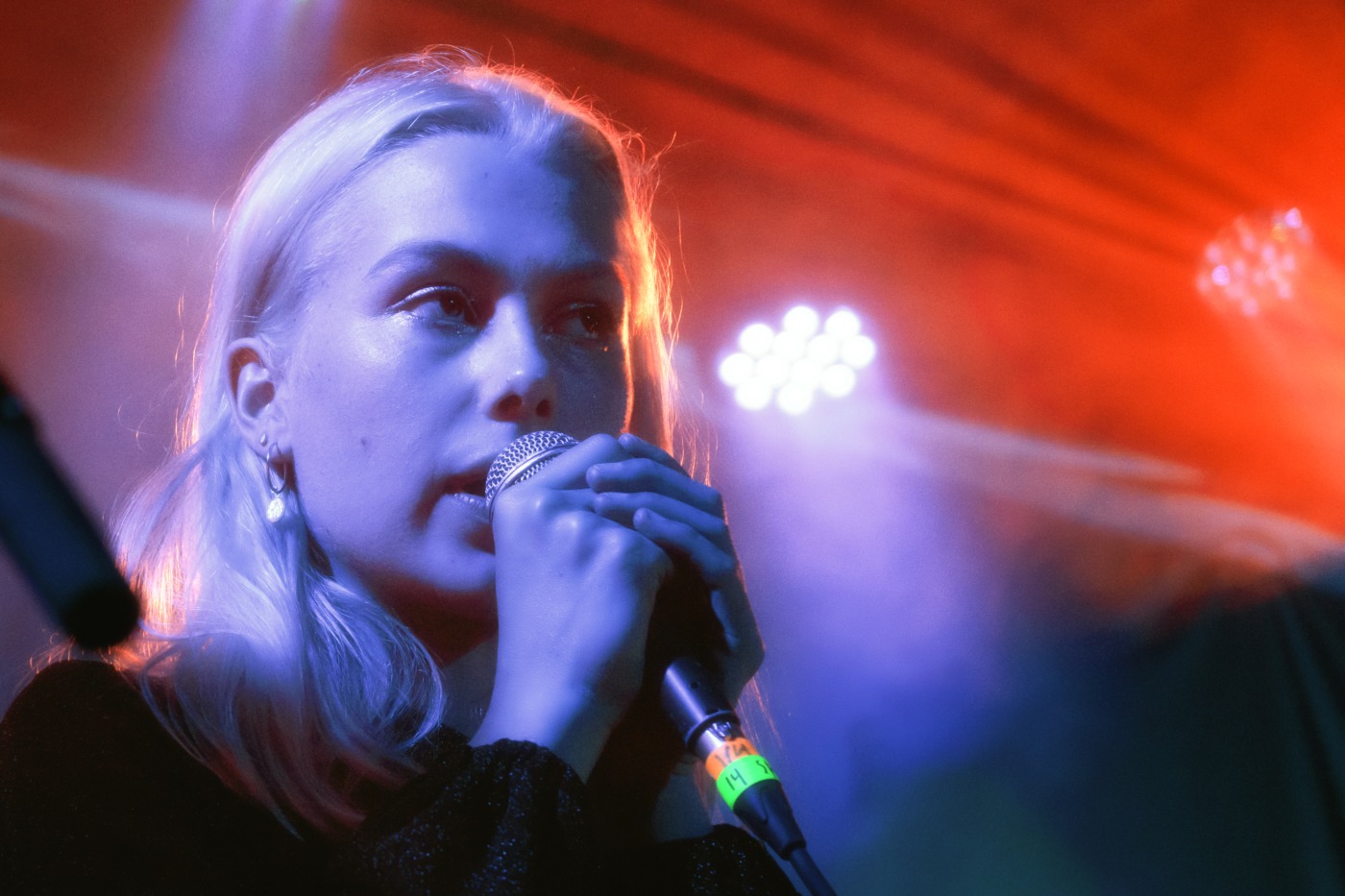 With three years, two supergroups and a shoot to stardom since her debut album Stranger in the Alps, Phoebe Bridgers’ second solo album is still as honest, intimate and captivating as its predecessor. Punisher presents all the complexities and flaws of human emotions whilst itself being musical perfection.

Opening the album with a track called ‘DVD Menu’ feels very apt – the whole album feels more cinematic and bolder than Bridgers’ debut. The lack of choruses in many of the songs makes the album appear like a stream of consciousness as the artist navigates new loves, new fame and new pains. The album’s third single, ‘I See You’, feels like the punctuating realisation moment in a coming-of-age film, the climbing outro leaving feelings of hope amongst the dystopian chaos of the world.

[Bridgers is ] still with powerful dark humour, but now also with a greater sense of anger and refusal to be silenced by men in power

Punisher sees a lot of experimentation. No longer is it simply Bridgers’ lone voice and a solo guitar: she is now joined by swelling strings, shining brass, pounding drums, and an entourage of echoing voices. The knock-you-off-your-feet lyrics such as “he doctor put her hands over my liver, she told me my resentment’s getting smaller” that has crafted the artist’s praises now sit surrounded by equally powerful, fuller sounding backing. A country track in the form of ‘Graceland Too’ and grungier, rock-inspired numbers such as ‘Chinese Satellite’ show stylistic diversity: there seems to be nothing Bridgers can’t do.

But this doesn’t make the quieter moments on the album feel any less special. Along with ‘Moon Song’ and ‘Saviour Complex’, the title song ‘Punisher’ – a waltzing track, both fairytale in feel and lyrical reference to Snow White’s house – is more stripped back and vulnerable. ‘Halloween’ feels equally raw as she calls out to her lover to have them both pretend that their relationship, and the world around them, isn’t collapsing. They still feel quintessentially Bridgers but with greater confidence in her voice and vulnerability.

There are references to her musical journey dropped into the album too. The fact that she lives in close proximity to a hospital is not a new one to those who have also listened to Boygenius – Bridgers, Julien Baker and Lucy Dacus’ female ‘supergroup’ formed in 2018. Tracks featuring the voices of Baker, Dacus and Conner Oberst – of the band Bright Eyes and Bridgers’ partner in her other group, Better Oblivion Community Centre – also reflect the influence of her friendships with other powerful musicians on the journey to create her sophomore release.

You can also see the ghosts of Stranger following Bridgers across albums and halfway across the world in ‘Kyoto’. She once again takes hits at abuser Ryan Adams, still with powerful dark humour, but definitely a greater sense of anger and refusal to be silenced by men in power.

Amongst the existential questioning, the apocalypse, the supernatural, depression and love, sits loneliness

Bridgers makes it abundantly clear that achieving your goal doesn’t fix your life. After pursuing music since childhood and finally touring the world, she is no less depressed or unsure of herself . She searches for solace in extremes – normality and absurdity, humour and sadness, the still and the chaotic.

The record initially feels like one centred around love and all the ridiculous things we’ll do to feel it, such as protesting and being deeply devoted in the hope of finally being the centre of someone’s desires. But amongst the existential questioning, the apocalypse, the supernatural, depression and love, sits loneliness. The record seems to be about the agony of feeling alone and an attempt to feel alive and connected. Bridgers, just like many of us, is unable to find the perfect way to do this, if at all.

Punisher is an album that you have to relish on your first play. Even though Bridgers is able to captivate on every listen to a rare no-skips record, the emotional grip and stillness generated on the first playthrough is like no other. It ends with a scream, giggle and a choke in true Phoebe Bridgers style – truthful, funny and emotional.