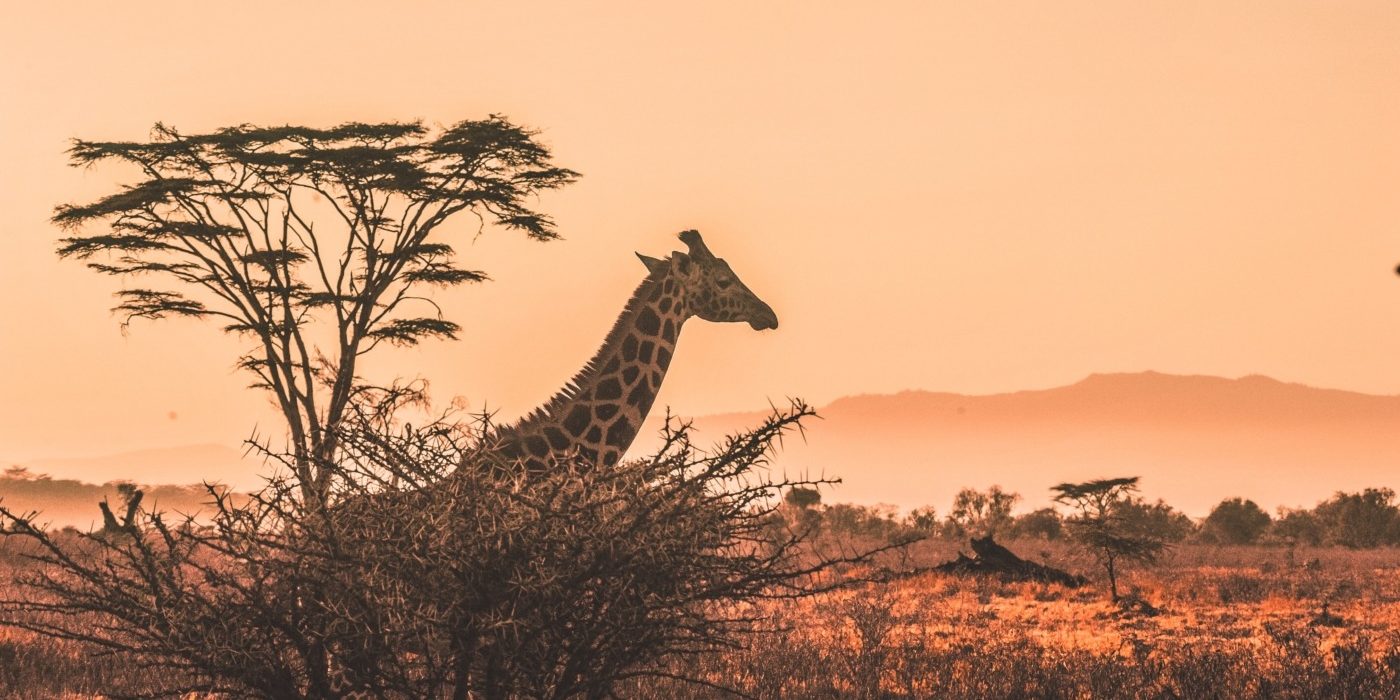 One of the most remote places on Earth: Kaokoland, Namibia

Using the power of persuasion, I somehow managed to convince my family to travel across the world to the Kaokoland region of Namibia, a country in Southern Africa. Aside from light aircraft, it is accessible only by powerful 4×4 vehicles, which is how we explored it last summer. It is a harsh and inhospitable environment, almost uninhabitable to humans. I know that while in lockdown, few people dream of more solitude but in Kaokoland the lack of civilisation is compensated for by the forbidding beauty of nature.

Driving through the dusty roads with an endless horizon ahead and no-one else in sight is the ultimate vision of freedom. The barren landscape is static but never mundane: rugged rocky hills turn to sand dunes, green appears sporadically – a miracle of life – near a dried-up river bed. Normally, I dislike being in a car but witnessing the cruel landscape, composed of hues of orange and brown against the saturated blue sky, is an adventure in and of itself.

The road (if one can even call it that) is uneven, at times rocky, and in places laid with treacherous patches of sand that threaten to trap the vehicle. Of course, traffic there is non-existent: if ever in trouble, there would be few people who could help. Even a privileged, well-prepared tourist is acutely aware that being there requires an art of survival. The region seems ancient and extremely still, independent of anything else. It is a place one can easily imagine looking the same centuries ago – in our dynamic, ever changing world that is something truly unique.

A road trip and camping in Kaokoland consists mostly of observing, sensing, and marvelling at the reality vastly different from everyday sights.

In the wilderness, nature always directs its own spectacle and you can never predict who will enter the stage

In the month of June, in the Northern part of Namibia, campers always wake up before sunrise to enjoy the still mild temperature before the sun brings the heat. One such morning I was having water-based porridge with my family, enjoying the beautiful landscape in front of us, when one of us noticed a silhouette of a giraffe emerge against the pastel colours of dawn. It was a delightful surprise. As the animal was coming closer, we saw that there were three others, and the group of giraffes galloped gracefully across the valley. In the wilderness, nature always directs its own spectacle and you can never predict who will enter the stage.

To tempt our luck, we went on an off-road safari drive in search of desert elephants endemic to the region. For over an hour the drive was fruitless: we passed a herd of racing ostriches and a few antelopes but the elephants were nowhere in sight. As we were close to giving up and returning to the campsite, we finally noticed three of them standing near a tree. They were at a distance, but the driver warned us not to approach them as they could be extremely dangerous. We kept away out of fear and respect – only to then see a herd of goats casually stroll by! The elephants seemed unfazed, and the goats completely at home. In Kaokoland, domestic animals herded by local villagers and indigenous Himba tribes coexist with giraffes, elephants, and other wildlife.

One evening, I remember taking in the shower at late dusk, as the stars were beginning to appear on the endless sky above me. Previously heated in a barrel by fire, the water was lukewarm and felt dangerously scarce.  The shower stalls were made of wood and the doors would not close properly due to the rusty lock; I let them stay slightly ajar, aware that there would be no-one around in this deserted place. I felt calm in this serene environment, but at the same time paradoxically slightly on-edge – as one always does, doing even the most ordinary activities, in a completely different setting. Suddenly I heard rustling nearby, held in my breath–

Only to see big, brown eyes of a cow staring straight at me thought the ajar door. There was silence. What a bizarre encounter, unexpected, and strangely wonderful! The animal left, disappearing into the darkness falling upon us, and I was again left alone.

Daytime in Kaokoland is amazing with its scorching heat, out of this world landscapes, and unpredictable wildlife, but the nights are no less magical. Almost uninhabited, the region has no light pollution and the dark, clear skies are full of stars. There are myriads of them, all exceptionally bright, creating a twinkling dome above our heads. No camera can do it justice and the incredible wonder of a starry night unavoidably fades in memory. In that fleeting moment, one can but glance into the beauty of the eternal skies which are always there but are too often blocked from our view by the veil of pollution and clouds.

The allure of Kaokoland is that simply being in that place – without doing anything special – is absolutely exhilarating. Animals never cease to surprise, remaining hidden in this barren landscape, only to suddenly appear. What we witness is always a perfect coincidence, there can be no expectations. The sun dictates when to wake up and go to sleep, and, now at home, I would love to again relinquish control and let the forces of nature schedule my time. Travelling to Kaokoland requires courage and thorough preparation but it is absolutely worth it.