After an incredible campaign was launched last week by charities and high-profile celebrities such as Marcus Rashford, the UK government reluctantly agreed to ensure that the voucher scheme currently providing 1.3 million children with free school meals would stay in place over the summer holidays.

Free school meals were introduced in 1906 when Local Education Authorities were able to provide meals to schoolchildren struggling in low income environments. To be eligible for free school meals, children must come from a household with an income lower than £7400 a year after tax. The scheme has existed in some form since then but recently came under fire when for the first time, pupils across the UK- excluding vulnerable children or those with parents as key workers- were unable to go to school.

For the parents of children who require free school meals to gain access to the nutrition they need to survive, I can only imagine how scary the prospect of an indefinite period without any school meals would be. The government decided to keep the scheme going during the pandemic, providing alternatives such as food parcels that can be collected or delivered,  or vouchers available to be exchanged at local supermarkets.

The scheme reportedly cost more than £129 million and has been scrutinised heavily, with many parents claiming that they were unable to use the system or access vouchers. I would also question whether a gift voucher worth £15 per child a week is enough to truly ensure that those living in poverty get the food that they need. More work needs to be done to ensure that those who are entitled to the scheme benefit from it. Nonetheless, the decision to ensure that the most vulnerable pupils did not miss out on their school meals throughout lockdown was undoubtedly positive.

However, there was public outcry when, earlier in June, ministers confirmed that the scheme would end in July. Sustain, a food charity, and the Good Law Project, a non-profit organisation, asserted that legal action would be taken to ensure that the 1.3 million children struggling to access meals were accounted for.

Chief executive of Sustain, Kath Dalmeny, said: “we have heard more and more stories of families with children struggling to put food on the table due to having too little money” as coronavirus and lockdown has only exacerbated poverty and pre-existing social inequalities.

All of this changed when footballer Marcus Rashford launched a campaign, sharing his own experiences with free school meals, to prevent the UK government from taking these away from the poorest children. Rashford’s statement that “the system isn’t built for families like mine to succeed” is resonant, and led to a government U-turn and the decision to implement six-week food vouchers to children during the holidays.

I applaud Rashford and his contribution to this incredibly important issue. Without the popularity and publicity of his campaign, I question whether the government would have listened to the demands of child poverty charities.

What I have taken away from the debate surrounding free school meals is how out of touch many of the democratically elected politicians that are supposed to represent us truly are. Upon further research, I discovered that 312 MPs voted in 2018 to remove the free school meal scheme entirely, which would leave over 1 million children starving. Those not living in poverty have no idea what it’s like not to be able to feed your children or having to choose between household bills and food. They have no idea what it’s like not being able to concentrate in a lesson because you are so hungry.

By denying children access to a free meal, you are allowing socio-economic inequalities and public health issues to continue

There have been many sociological studies on the benefits of free school meals. A core way in which those from low income and poor families fall behind in schools is because they lack the nutrition and adequate diet to focus, and thus are more likely to suffer from health problems, illness, and malnutrition.

It’s easy for free market capitalists to say, “I don’t know why I should feed someone else’s child” or for right-wingers like Katie Hopkins to point the finger by asking “why have kids if you can’t afford them?” Life is unexpected and no good parent chooses to struggle to feed their kids. By denying children access to a free meal, you are allowing socio-economic inequalities and public health issues to continue.

To those that questioned whether the free school meal voucher scheme should continue over the summer, I urge you to think about what life is like for the most vulnerable children in the UK. It’s difficult enough for parents to have to explain what is going on in the world right now. No parent should have to tell their child they won’t be eating for a while.

Gallery image with caption: Change in the way we work is long overdue

Gallery image with caption: Crime may have dropped significantly, but it has been savagely innovated

Gallery image with caption: Clap for Carers is heartwarming but hollow 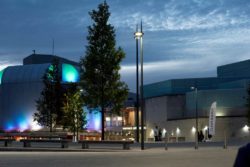