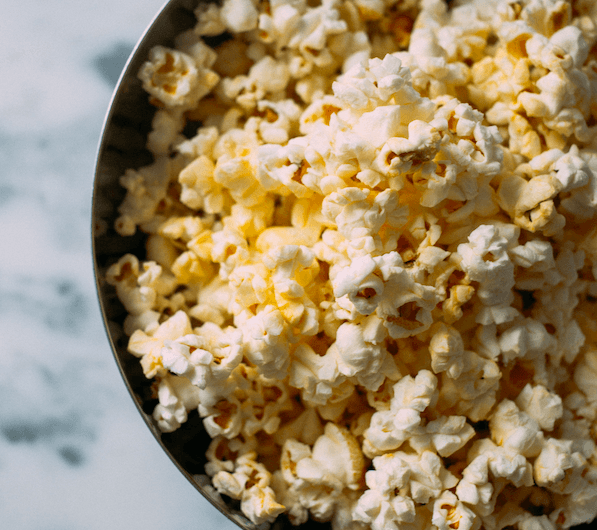 For many people, the most memorable parts of a film are how many awards it has won, the stellar cast, and the awe-inspiring soundtrack. From a young age, for me, it has always been the costumes. Growing up on the stage and then eventually becoming a cosplayer, I have always been fascinated by costumes.

An iconic design can take a film from great to memorable, with people often remembering a blockbuster, not for its plot but the work and dedication of the wardrobe department. The people that work in these really are the unsung heroes of Hollywood and beyond. After all, Carrie Fisher herself admitted that Star Wars probably wouldn’t have been so recognisable if it wasn’t for those two iconic cinnamon buns and that classic white dress. Costumes can make or break a movie, and with so many iconic looks to drool over from the silver screen, here are just a few which I deem to be the most incredible.

Hepburn’s appearance in the film immortalised the little black dress

There are two sorts of people in this world. Those who know of Audrey Hepburn, and those two dedicate every inch of their being to her. I’ll give you one guess as to which I am but no matter which camp you reside in, everyone can describe the stunning ensemble from the opening scenes of Blake Edwards 1961 masterpiece Breakfast at Tiffany’s.

Designed by Hubert De Givenchy, who had a lifetime friendship with Hepburn both on and off-screen, Hepburn’s appearance in the film immortalised the little black dress. With its simple design, aided by weights and horsehair to give the dress structure, Hepburn’s lithe figure was accessorised with black opera length gloves, hangover-hiding sunglasses, the $50,000 pearl and diamond necklace and a tiny tiara on the top. Hepburn’s outfit was classic but stunning and has characterised countless Halloween costumes for the more stylish of us for years along with forming the staple wardrobe of its adoring fans.

To Catch a Thief is a quintessentially perfect old Hollywood movie. The film was the best mix of Alfred Hitchcock, Grace Kelly, Cary Grant and the controversial Edith Head. There is not a single outfit in the whole movie which isn’t picture perfect. While Grant’s scarf and sweater combination became an instant trendsetter, it is Kelly’s delicate and expansive wardrobe which really deserves full attention. From the delicate, gauzy white gown paired with the stunning ‘imitation’ diamond necklace, to the all-out gold extravaganza of the masquerade scene – there isn’t a single costume that Kelly doesn’t shine in. Head and Kelly had a lifelong onscreen partnership, designing for almost every movie she was cast in, and what a stellar partnership it was.

As a glorious celebration of everything that the 1980s did right for fashion, teamed with a killer plot and yet another silver-screen sweetheart powerhouse, Heathers is costume perfection. Big ‘80s hair is teamed with perfectly colour-coordinated skirt suits throughout. Shoulder pads, pleats and plaid command our attention creating a sort of unspoken uniform within the girls.

Heathers ran so that Clueless could stumble behind and the look I most wanted to replicate when I first watched the film has to be Veronica’s incredible party look. Complete with a wispy fringe, big gentle curls, a knee-length black suspender dress, grey off-the-shoulder top with matching coloured tights, tiny kitten heels and a big statement broach -on paper, it sounds like something a secretary or receptionist would wear. Still, worn by Winona Ryder with neon lights, a cherry slushy and dangerous flirtation, it just works.

I have childhood drawings of Padme’s best looks

While we can find style inspiration in the world of classic movies like the ones I’ve mentioned before, Sci-Fi and Fantasy films provide just as much definitive inspiration. It wouldn’t be an understatement to say that Star Wars is my lifeblood. When I came into the world, The Empire Strikes Back was on TV, although my mum swears it was The Return of The Jedi. I watched Revenge of the Sith perched on my dad’s knee and took great joy in watching my little brothers’ reaction to Vader being Luke’s father.

Unaware in my youth of the tragic scripting and strange directorial choices, I adored the three prequels, namely for Trisha Biggar’s stunning costume design. If I was going to be a Queen, I was going to be a space Queen with a glowing dress and hair which can twist itself into ridiculously wild headdresses. I have childhood drawings of Padme’s best looks, all the way from the stunning Pink billowing beauty worn at the end of The Phantom Menace, to the hauntingly beautiful Ophelia inspired funeral gown. A total of 68 costumes were seen in the final cuts, and more were seen in discarded footage.

Films provide inspiration for the way we dress in so many ways. These films have shaped my identity and style choices over the years and they’ll all always hold a special place in my heart.