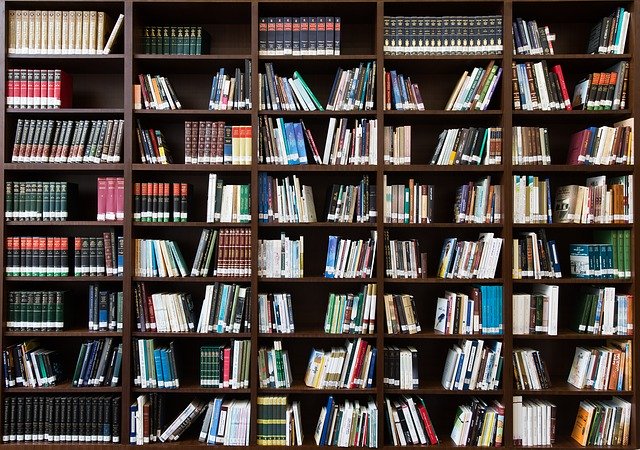 Scientists are constantly looking for ways for their research to become part of the established, public body of scientific knowledge.  A rare positive in the wake of Covid-19 is the speed at which new research is being carried out, submitted, and made available to others. Perhaps this is an indication that the sometimes decades-long time frame to validate new scientific research, and by extension new knowledge, is changing.

Knowledge in the 20th Century

The philosopher Gettier, in a 1963 paper, claimed it was difficult or near impossible to have real knowledge of anything, even with a justified true belief (the specified conditions to know something). A classic example is looking at a clock; the clock reading 13:03; the time actually being 13:03 and yet it turns out the clock is broken (it actually broke exactly 24 hours previously). It is mere coincidence that you happened to glance at the clock when it showed the correct time. You cannot claim to know the time from this. You had a ‘lucky belief’.

Popper (a philosopher of science) developed a different theory for knowing which appeared in English translation in 1959. Rather than justify what we can ‘know’, it focuses on falsification, or non-justification. It is as follows: formulate a hypothesis; test the hypothesis extensively to try and disprove it; if the tests tally with the hypothesis operate under the assumption that hypothesis is correct until it is successfully falsified.

The reason for this philosophical tangent is to point out that, theoretically, there are both different ways of knowing something and disagreements about exactly when, and how, we know something. In the same way, the traditional path, through journal publications, for research to become ‘known science’ is being challenged. Scientists and researchers are looking for other ways to get their research into the public body of scientific knowledge. This is mostly due to the huge costs incurred for academics to get published. They are turning to a service known as Preprinting.

The financing of publishing journals

Elsevier (which many students will be familiar with from essays and research projects) made £942 million in profit in its scientific, technical and medical arm in 2019

Academic journals are big business. Especially scientific ones. The world’s largest publisher of online journals Elsevier (which many students will be familiar with from essays and research projects) made  £942 million in profit in its scientific, technical and medical arm in 2019.

Elsevier has recorded profit margins of 35-40%, which is higher than Google. University libraries spend hundreds of thousands of pounds every year to access journal content. Perhaps it has something to do with being GenZ and brought up entirely in the internet age, but this fact strikes an off-chord with me. I believe information should be as free and accessible as possible. The skill lies in filtering, processing, and interpreting what you read. My education up to higher education was free; I had access to a wealth of free online learning; such as Khan Academy, and CrashCourse YouTube (although of course there are technology barriers to entry in accessing these which are not free). Textbooks were expensive, so I bought them second-hand if possible. Yet the price of a textbook is nothing compared to the thousands of pounds university libraries spend on journal subscription fees. Even an individual paper can cost upwards of £30.  Further, sometimes researchers will pay to have their work published.

As Dáire Harvey-Carroll, a University of Warwick PhD student, said; “Everyone acknowledges that paying to have your work published, and then paying again to read it, is a bizarre system. It’s causing a real bottleneck in advancing research.”

paying to have your work published, and then paying again to read it, is a bizarre system

After all, it is external grants and universities (for the more senior academics), not journals, which pay academic’s salaries and fund the research itself. The value of an academic journal is its contents i.e. the research it now has a record of. This research can cost millions of pounds, yet journals get the result of highly skilled labour for free, then profit from publication.

Charities and NGOs also fund research. The huge amounts required for publication is off-putting, explained Harvey-Carroll, as charities would clearly prefer to spend funding on outreach or the research itself. Journals can offer reductions and waivers but even then, as Harvey-Carroll stated: “For the shark paper we’re working on we were quoted £900 to publish, after they had taken 40% off. That’s enough to host an intern or MSc student for a season of fieldwork, or buy a new drone.”

The main problem with the Journal publication industry is a complete lack of competition. Elsevier publishes more than half a million articles across 3000 journals, including the Lancet and Current Biology. These journals are very highly regarded in the academic community; the drive to get published is the goal of academics and universities. Careers of researchers are based around the number of publications they can produce, especially in those ‘highest quality’ journals; such as Nature. Some academics are reluctant to publish in open-access journals, feeling it demeans the quality of their research. Changing this thought process is difficult.

Indeed ‘research quality’ is one of the 5 categories used on The Times University Higher Education rankings. Universities are constantly vying for their place in the rankings; wanting to attract the best students (and their fees), in what has somewhat become a buyer’s market. There is enormous pressure to publish and the process is slow.

This is why Pre-printing is so useful. In the past 3 months, there have been upwards of 7000 papers released related to all things coronavirus and pandemic – from structures of viruses and antivirals to the latest modelling of the R number.

Anyone can submit papers to preprint services. Two well-known ones are MedRxiv and BioRxiv. They are quick, offering a rapid way to get knowledge circulating the scientific community as we look to find a vaccine for the pandemic. Research is briefly checked to ensure it has the main components of scientific papers (abstract, method and results) then it is released. This may sound like a ‘free for all’ without the rigour and scrutiny of traditional journals. In reality, it is not. A study in Brazil found that the difference in quality between journals and preprint servers was only 5% towards journals.

Peer review is a thorough process designed to ensure the highest quality research is published and not ‘rubbish data’, although this doesn’t always happen. The supposed link between the MMR vaccine and autism, which has since been criticised heavily, was nevertheless published in the Lancet. That information is out there now regardless. Of course, research should be scrutinised by other scientists and not an open-to-all, but the journal format is not the only option. For example, ArXiv requires authors to be recommended by an affiliate author before work is submitted. BioXiv uses affiliates to check the content in a process that appears to be not so dissimilar to various subreddits; which are consistently checked over by academics to certify for the integrity of the content. Comment sections in Preprint servers also enable more informal debate and discussion. This is a virtual version of the discussions academics might have between colleagues at their own institutions.

It is unlikely that journal publication will disappear entirely. Nor should it. There will always be a place for submitting high-quality research in order to have it formally peer-review prior to publication. However, the bureaucracy of this process and the hefty fees involved suggests a need to shift away from complete reliance on journals.  There are signs attitudes in the academic community are changing. In February 2019 the University of California (UC) decided not to renew its license with Elsevier, where it had previously spent 11 million dollars a year on subscription fees.

Covid-19 has not only demonstrated the importance of rapid scientific research and publication, but also its feasibility. It has shown us that the traditional publishing route and timespan (usually at least a year) are not always necessary. Hopefully, greater use of Preprint servers will broaden options for researchers to publish. Journals are not the only way to advance our scientific body of knowledge