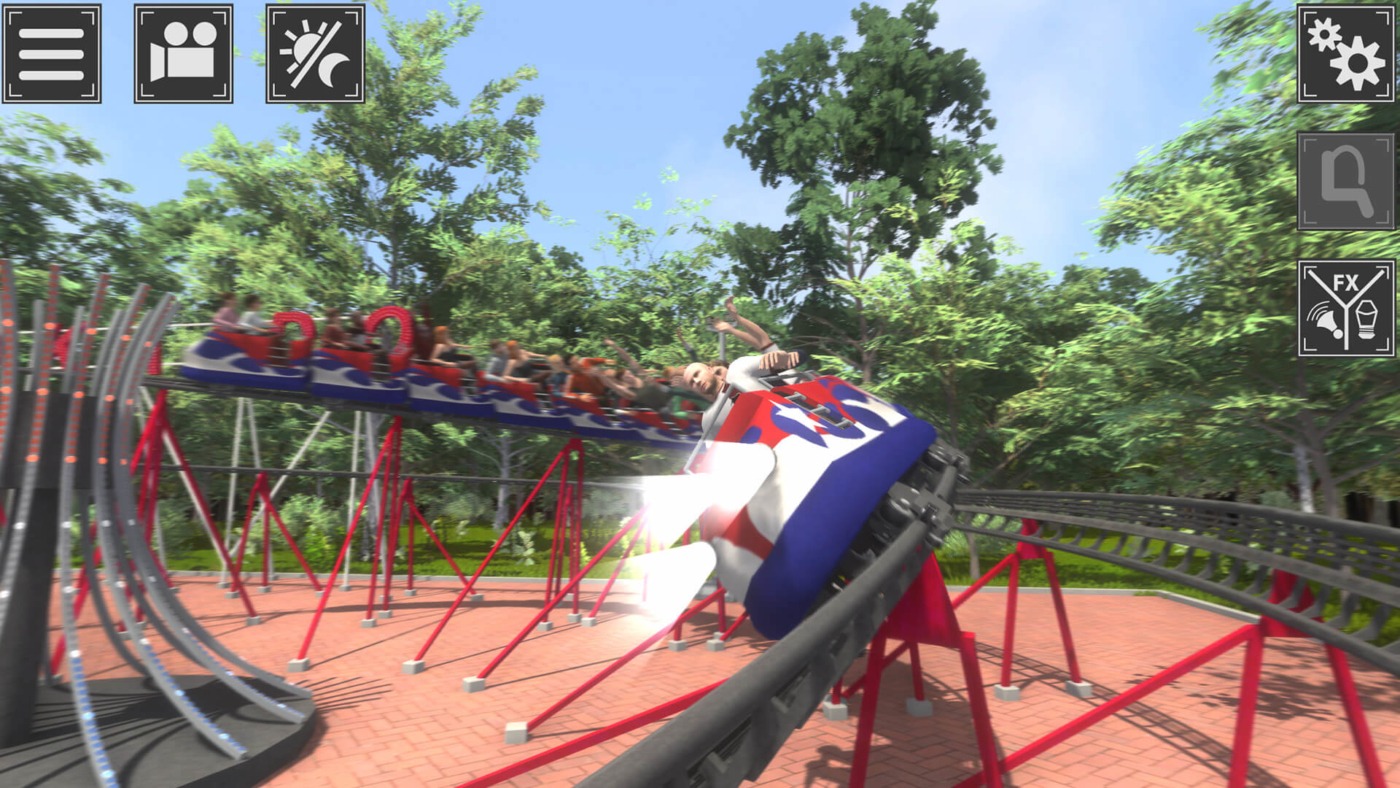 I’m sure many of you have extremely fond memories of visiting theme parks growing up. Whether you visited one of Britain’s legendary theme parks with rides that you have to queue for hours for, or just a local funfair with a few light-hearted rides and concessions stands, it was sure to be a memorable and exciting day out.

While I was waiting for Theme Park Simulator to download on to my Nintendo Switch, I felt a great deal of optimism that this game would provide an in-depth simulation of running one of the theme parks I possessed such fond memories of visiting. I was looking forward to running a living, breathing theme park with thrilling rides and seas of concessions stands that sell hot dogs and candyfloss and popcorn. I assumed that I would be responsible for managing staff, dealing with the park’s finances, and would constantly be searching for unique ways to improve my theme park. When I finally started playing the game, I was bitterly disappointed.

After I had operated each ride a few times, I saw no reason to play the game for much longer

If you want to play a game that provides the experience I have just described, try titles such as Planet Coaster or Rollercoaster Tycoon. These games allow you to build jaw-dropping rollercoasters and control every aspect of your theme park from the number of cleaners you have to what plants you have by the entrances to your rides.

Theme Park Simulator, instead of simulating the running of an entire theme park, simulates the operation of individual rides. With 11 rides in total, including theme park staples such as bumper cars and a Ferris Wheel, I assumed I’d be able to find some enjoyment in this game and be able to sink a few hours into it. Sadly, I was proven wrong.

Every ride follows a very simple formula. You wait for a queue to form, load everyone on to the ride, start the ride, stop the ride, wait for passengers to get off and leave, and repeat. There is very little depth to this game beyond that. After a while, the rides just feel incredibly same-y and boring and I found myself just yearning to go and play Animal Crossing.

The game just lacks any goal or completion conditions. There’s no in-game currency you can use to upgrade rides. There’s no penalty for letting your queue grow too big. After I had operated each ride a few times, I saw no reason to play the game for much longer. I had experienced everything the game had to offer.

Theme Park Simulator also requires a vast amount of waiting. When you load each ride up, there is no pre-formed queue and you must wait for a few minutes for enough people to fill up the ride. The NPCs also move agonisingly slowly, and you find yourself screaming at them to hurry up. The graphics are nothing to smile about either. I’m not expecting breath-taking visuals from a simulator which started as a mobile game, but there just wasn’t much aesthetically pleasing about this game at all.

The touchscreen controls were awkward to use and often my inputs were not registered. On two occasions the game also crashed, forcing me to restart.

This game does have some merits, however. The bumper cars have a fun little extra feature where after you have started the ride you can take control of and drive a bumper car. Yet like the rest of this game, once you have done this a few times it becomes boring and there is no real reason to do it again. You also have limited management of the cosmetic features and lighting on some of the rides. As the game features a day/night cycle, this control of lighting has some meaning yet I found out quickly that the lights are too over the top and in your face and most of the time I just left them off.

I must, therefore, conclude that Theme Park Simulator is not a game which you should spend £12.99 of your hard-earned cash on. Like so many other simulator games it just feels unfulfilling after a while. My optimism that it would capture the spirit of the theme parks I had such fond memories of was misplaced. Games such as Planet Coaster do a masterful job at capturing the true spirit of a theme park. Theme Park Simulator simply doesn’t.